The Grammar GuideCommaShould I use a comma before "since"?

Should I use a comma before "since"? 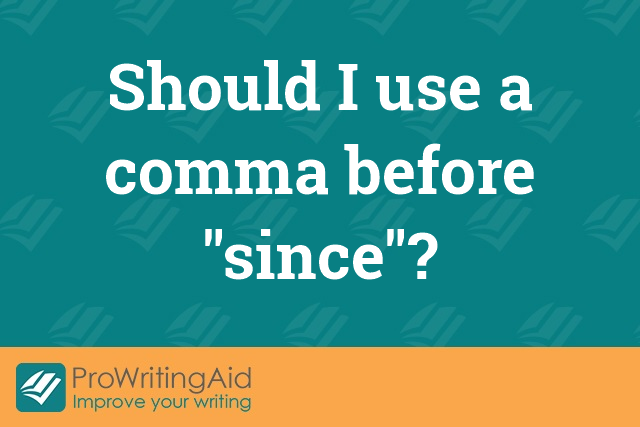 When since is used as a preposition, it doesn't need a comma:

Sometimes since can be used as a subordinating conjunction in place of because. If it starts a dependent clause after the main clause, it shouldn't be preceded by a comma:

However, if the independent clause that comes before since contains a negative verb, you need a comma:

Since is an interesting word. It has several uses and is used as more than one part of speech. Because of this, since has different rules about commas in different situations.

Since can be used as a preposition or adverb when talking about time. It can mean from a specific point in time until the present. It can be used similarly to ago and mean "before the present time." It can also be used to mean "any time after a particular time in the past." When since is used in one of these ways, we do not use a comma.

Since is also a subordinating conjunction. It can connect clauses to talk about changes from a particular time (e.g. She makes more money since she has a Master’s degree.) This form of since does not need a comma.

Examples that don’t need a comma:

Examples that do need a comma:

Comma
What is the difference between 'pray' and 'prey'?

Comma
It's vs Its: When Should You Use Them

Comma
What is a sentence fragment?

Comma
What is a sticky sentence?

Comma
How to Write a Gender Neutral Job Description