ProWritingAid
ProWritingAid
The Grammar Guide Comma Should I use a comma after an introductory adverb like "apparently"?

Should I use a comma after an introductory adverb like "apparently"? 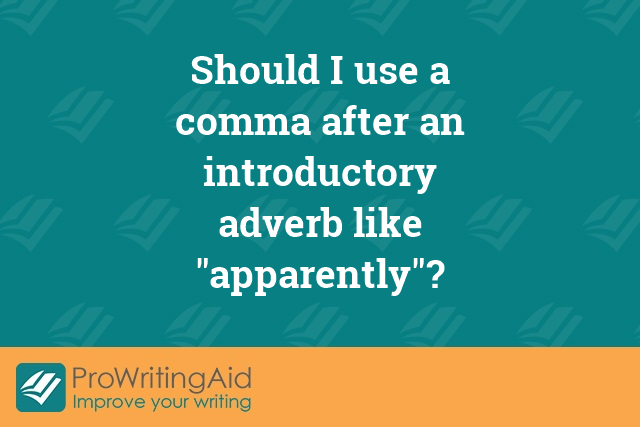 Adverbs are words that modify verbs or even whole sentences. They often end in "-ly". Examples include quickly, frequently, slowly. You can see that they add some information to a verb or the sentence that they are modifying. Some adverbs don't end "-ly", e.g. sometimes or often.

When an adverb modifies an entire sentence (or independent clause that follows it), then you should use a comma after it.

So when "apparently" modifies the whole sentence or clause that follows it then it should be followed by a comma.

We use adverbs to modify or describe verbs and adjectives. We can also use them to modify entire clauses or sentences. When this happens, these adverbs are often put at the beginning of sentences or clauses. We call these introductory adverbs.

Apparently means that something is apparent or appears true based on the evidence that is present. It can be used in place of evidently. Sometimes, apparently is used sarcastically but not always. Apparently is an adverb that is often used at the beginning of a sentence. When this happens, follow the above rule and use a comma.