Should I use a comma before a subordinate conjunction? 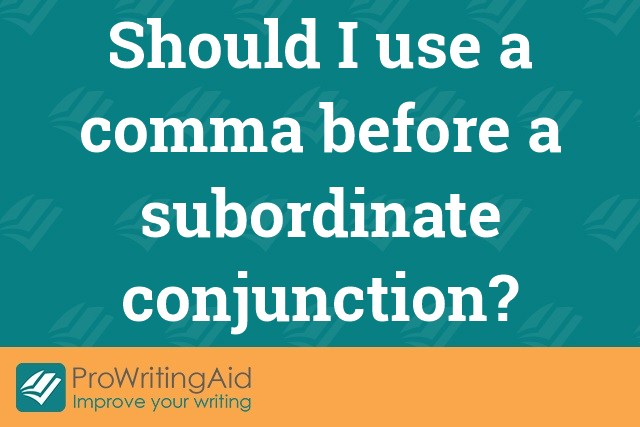 A subordinate clause will begin with a subordinate conjunction or a relative pronoun and will contain both a subject and a verb. This combination of words will not form a complete sentence. It will instead make a reader want additional information to finish the thought.

The examples of subordinate conjunctions are after, although, as, because, before, even if, even though, if, in order that, once, since, so that, than, that, though, unless, etc.

When you attach a subordinate clause at the end of a main clause, you will generally use no punctuation:

When you start a sentence with a subordinate clause, you separate with a comma:

Comma
The use of parentheses

Comma
Formal and Informal Words (in the English Language)

Comma
How can I fix spelling mistakes in my writing?

Comma
How to Use ProWritingAid’s Tone Detector

Comma
What is a spelling mistake?

Comma
What is passive voice and how can I change it to active?

Comma
What is a sentence fragment?