Should I use a comma between two adjectives? 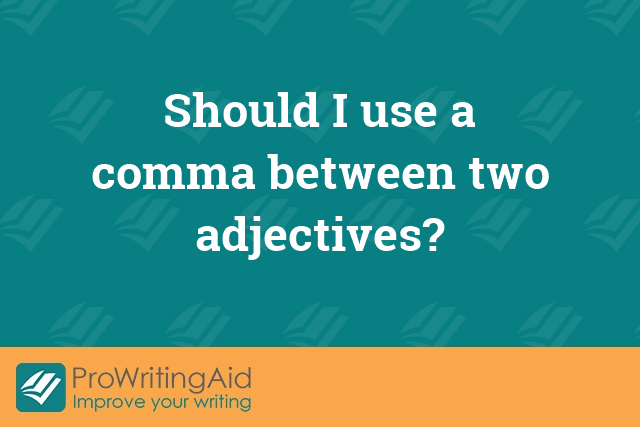 Adjectives are words that modify a noun like "old", "red", "greasy". They should really be called "adnouns" to be consistent with "adverbs." Sadly, they're not, but that's a good way to think of them.

With coordinate adjectives you can put "and" between them and the meaning is the same. Similarly, you can swap their order.

Cumulative adjectives build on each other and cannot be re-ordered or split with "and," for example: bright yellow jacket. It can't be "bright and yellow jacket" or "yellow bright jacket".

Comma
"composed of" vs "comprised of". Which is correct?

Comma
Have vs Has: What's the Difference?

Comma
Why should you avoid intensifiers like "absolutely" and "amazingly"?

Comma
Weak words series: why you should avoid weak adjectives and verbs?