How should I use commas with "not only... but also"? 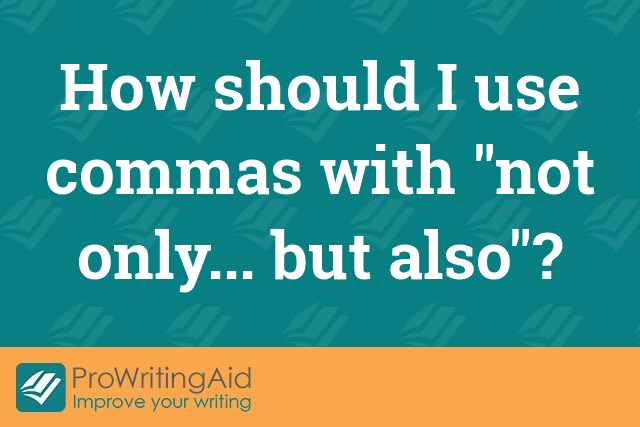 "Not only... but also" is a correlative conjunction.

Correlative conjunctions always come in pairs, and they relate one part of the sentence to the other. "Not only... but also" can be used to connect either nouns or clauses. When it connects nouns, you never use commas, but when connecting clauses that are complete sentences, you use a comma to separate them.

My favorite food is not only lobster but also scallops and shrimp.

Connecting clauses: use a comma

Not only will I eat lobster every chance I get, but I will also eat scallops and shrimp as often as I can.

### How to Fix Comma Mistakes

Save yourself a headache with the ProWritingAid browser extensions.

You'll see a suggestion whenever you use punctuation incorrectly, so you can always be confident in your commas.

Just click on a suggestion to learn more and correct your comma use:

Use commas right, every time:

So, those are the basic rules. Now let's look at some more complex situations.

This is common with the correlative conjunctions not only... but also. The subject can be placed between "but" and "also".

Because the second clauses are not independent, no comma is necessary.