The Grammar GuideVerbsWhat form of verb should you use after modal verbs?

What form of verb should you use after modal verbs? 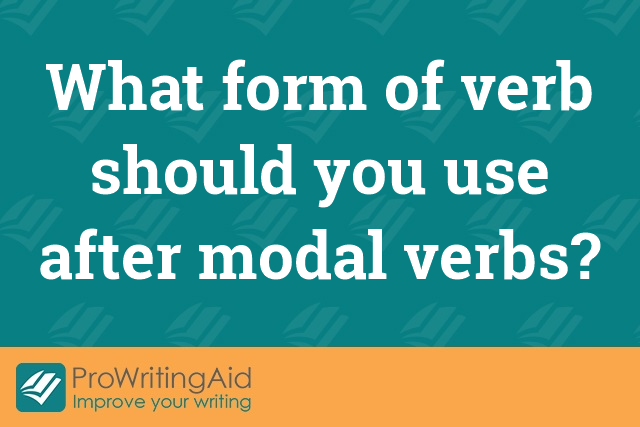 Modal verbs are a type of auxiliary verb. They show ability, possibility, obligation, and permission. Examples of modal verbs are can, could, may, must, should, and would.

When you use this type of verb, the verb that follows it must be in its base form. Do not conjugate the verb after a modal verb into a specific form.

You might have learned that auxiliary verbs are called “helping verbs.” Modal verbs are a specific type of auxiliary verb. They are used to denote permission, obligation, ability, or possibility.

Modal verbs never change their form depending on the mood or tense. They do not have an infinitive, a past participle, or a present participle.

Here are the most common modal verbs:

The verbs that follow modal verbs should only be in their base form. They should never be conjugated into another form, including the infinitive.

Example with be able to:

Verbs
Should I use a comma before "not"?

Verbs
What words should be hyphenated?

Verbs
What is a superlative?

Verbs
How to use a hyphen after adverbs?

Verbs
What's the difference between "here" and "hear"?

Verbs
What is the difference between "quite" and "quiet"?