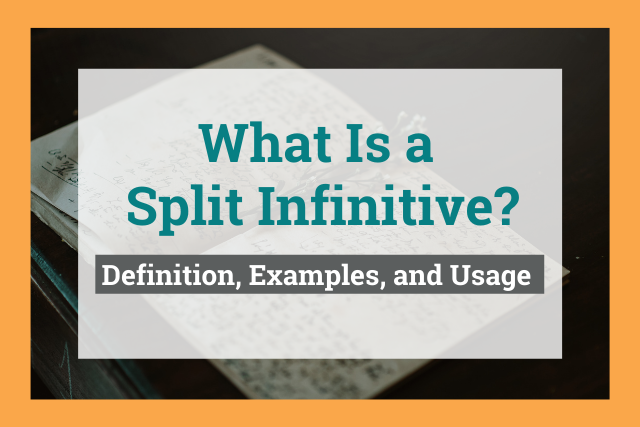 Breakups have a way of shaking things up.

The Beatles’ breakup devastated a “globeful” of fans. Then there was Ken and Barbie and even Miss Piggy and Kermit. Devastating.

Neil Sedaka was right: breaking up really is hard to do.

Totally has split the infinitive to devour.

While it’s great when infinitives can work as a unit, sometimes a split creates a much clearer, smoother experience for readers.

What Is an Infinitive?

An infinitive includes the basic form of a verb preceded by the word to. Together, the to + verb combination forms an infinitive, such as these:

(Did you catch my Hamlet theme?) 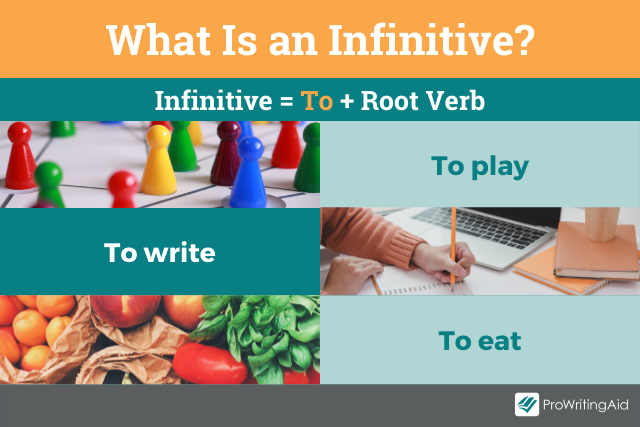 Infinitives don’t act as verbs. Rather, they act as nouns, adjectives, or adverbs.

As nouns, they act as subjects of sentences or as direct objects:

As adjectives, they modify nouns or pronouns:

What Is a Split Infinitive?

A split infinitive occurs when you insert a word between between the to and the verb, in an infinitive phrase. Watch—I’ll do some: 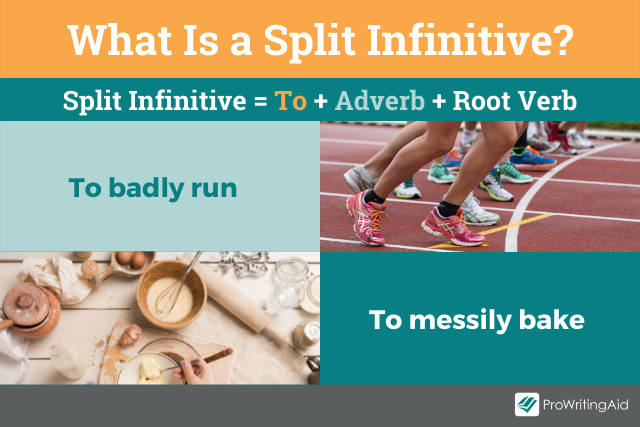 Now you try. To split infinitives, simply add an adverb (or adverb phrase, which is just a group of two or more words that function as an adverb) between the to and the verb.

See what you can do with these:

Let’s see if we match. I used: 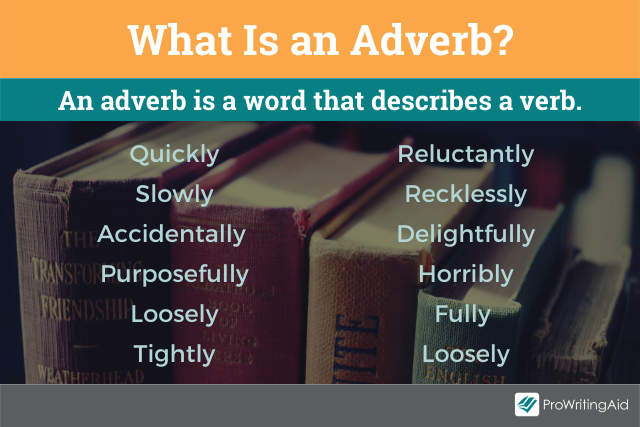 Of course, whether we use intact or split infinitives, they are part of a larger sentence, so let’s see how our examples look in a greater context.

Is It Okay to Split Infinitives? 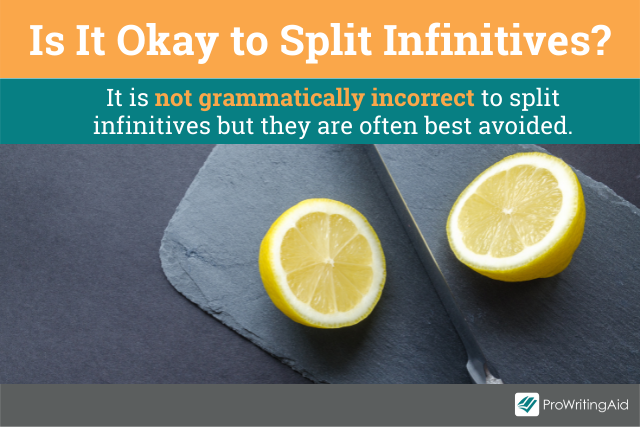 In her article On Language: Breaking the Rules, Patricia T. O’Connor provides an account of the grammatical drama surrounding the “split infinitive.”

Despite the fact that English writers had been splitting infinitives since the 1300s, Henry Alford’s book “Plea for the Queen’s English” took aim at the practice.

While O’Connor states that twentieth-century grammarians have debunked the idea, "even encouraging the split infinitive when it enhances clarity, but the nit-pickers apparently haven’t heard the news.”

The answer is that it is okay to split an infinitive, but that doesn’t necessarily mean you should.

Should You Avoid Splitting Infinitives?

As a writer, your goal is to communicate your ideas to your reader with clarity and style. That goal can help you determine whether to split infinitives or keep them intact.

According to a post on its “After Deadline” blog, The New York Times Style Book has this to say about split infinitives: 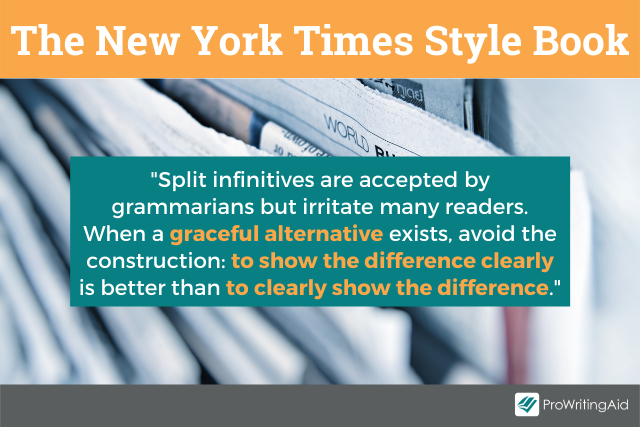 Since split infinitives might be distracting or confusing for some readers, avoid splitting infinitives when you can. However, if keeping the infinitive together alters the meaning of your sentence or just makes it sound awkward, then go with the split.

The meaning and structure of your sentence can change depending on whether or not you split infinitives.

Consider both of those characteristics carefully when deciding how to construct your sentence. 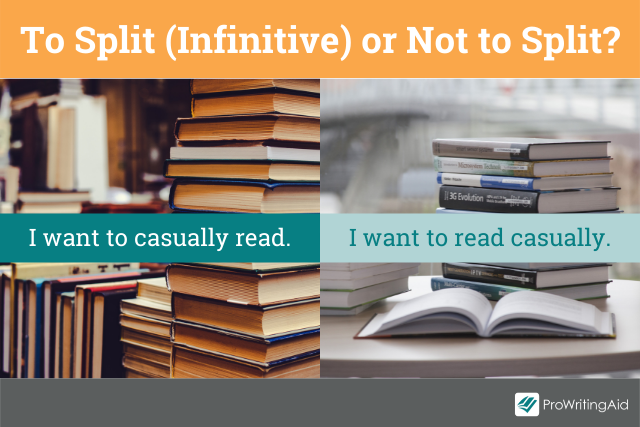 Let’s reconsider our sample sentences from earlier in the post. Would they hold the same meaning if we chose to avoid splitting infinitives?

To do that, we would either have to place the adverb before the infinitive or after it.

For this first pair, moving the adverb before the infinitive doesn’t work very well. You probably noticed that the sentence just sounds wrong and as a result its meaning is unclear.

Placing the adverb after the infinitive works just fine. The meaning of each sentence is unchanged and remains clear. In these cases, it’s just as well not to split infinitives. There’s no need to irritate a sensitive reader.

Now for the final pair:

For this third example, the placement of the word “simply” affects the meaning of the word.

In the original version, After all of my health struggles, I just want to simply live, the speaker is indicating that they “just” want to live, as in their “only” desire is to be alive. They want to continue existing after going through so many struggles.

Placing the adverb before the infinitive retains that meaning.

However, placing the adverb after the infinitive changes the meaning, as demonstrated here:

In this variation, the speaker is indicating that they want to live a simple, or uncomplicated and uncluttered, life.

Your job, as the writer, is to consider which version best conveys your meaning, and go with that one.

Since the original version and the adverb-before-infinitive versions carry the same meaning, you’ll also have to consider the structure of each option when making your choice.

How Smooth Is the Structure?

Other times a sentence’s sense of flow can guide your decision. Check out each of these pairs of sentences and evaluate which structure “sounds better.” 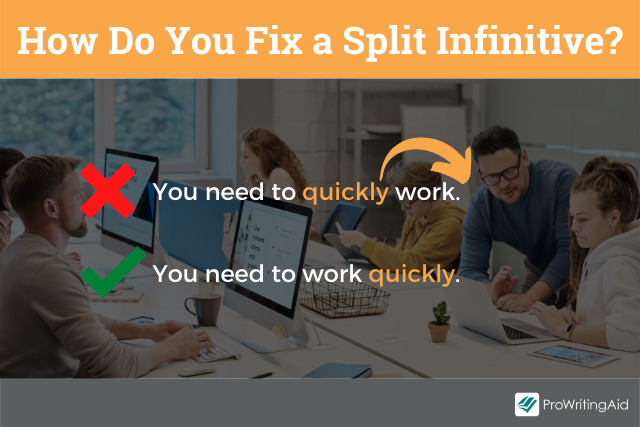 Most likely, the second option of each pair, with split infinitives, sounds most natural to you.

The final pair is the one that gives me the most pause, and I find myself going back and forth. You might feel the same.

When this happens, evaluate how the sentence fits within its greater context. Read it out loud. Then, use your best judgment.

How to Write a Split Infinitive

When you split infinitives, use moderation. In other words, don’t fill the space between the “to” and the verb with too many adverbs.

Your sentence will probably become clumsy and overly complicated, like the examples below.

When Should I Use or Avoid Split Infinitives?

At this point, you know you are not breaking hard and fast grammar rules if you split infinitives. In fact, sometimes that split is necessary.

There really is no other way to say “He needs to more than double his score.” In cases such as that one, you can't really avoid split infinitives. 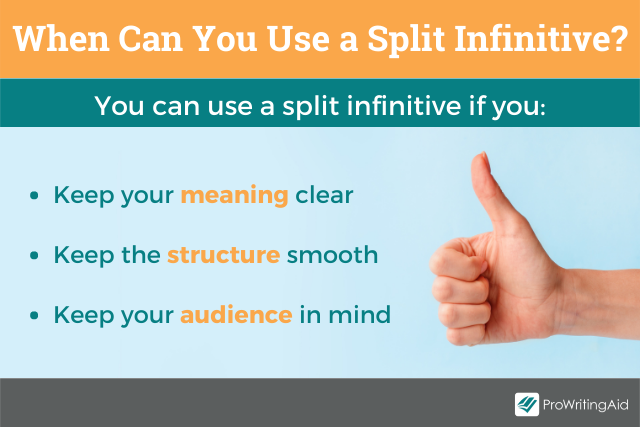 As with all aspects of your writing, be thoughtful. If a split infinitive occurs in your work in a way that creates awkwardness or carelessness, it could affect your readers' perception of your work negatively.

Running your work through ProWritingAid can help you avoid these accidents; it will point out your split infinitives so you can decide if you need a reunion! 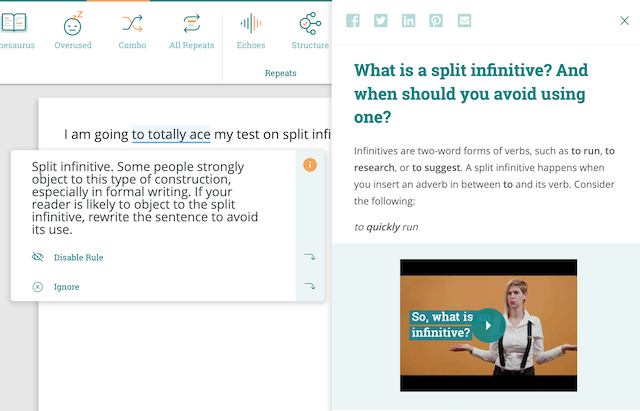 Check your infinitives—and plenty of other grammar errors—with a free ProWritingAid account.

When a split isn’t completely necessary, then a good general practice is to keep the infinitive unit intact.

For example, if these are your options...

... go with the second choice. You haven’t lost meaning or style, and you won’t annoy readers who may be irked by a split.

If you, the writer, are the one irked by split infinitives, you always have the option to rework your sentence.

For example, this sentence...

... can be restructured this way:

... can be restructured this way:

Reworking a sentence to avoid splitting infinitives is the safest idea when you’re engaging in formal writing, such as a cover letter or job application.

Since you might not know if your audience will hold split infinitives against you, it makes sense to avoid the possibility.

Ultimately, though, there’s really no need to mourn the splitting of an infinitive. Breaking up doesn’t always have to be hard to do.

Common Questions about Split Infinitive: The Complete Guide (with Examples)