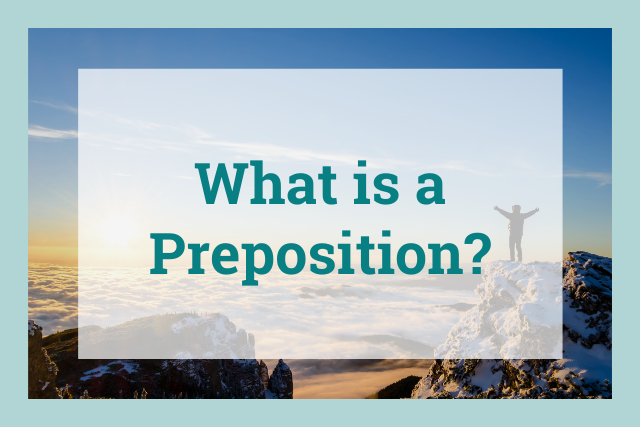 Prepositions are one of the trickiest parts of the English language. We have so many prepositions, and they all have multiple definitions.

Often, prepositions are one of the last parts of a language for people to master. In English, even native speakers struggle with all of our prepositions.

When I’m trying to explain prepositions simply, I like to quote the old nursery song:

“Over the river and through the woods to grandmother’s house we go.”

The bolded words are all examples of prepositions.

But in reality, prepositions are far more complex than giving directions to grandma’s house.

Today we’re diving into a thorough explanation of all things related to prepositions. 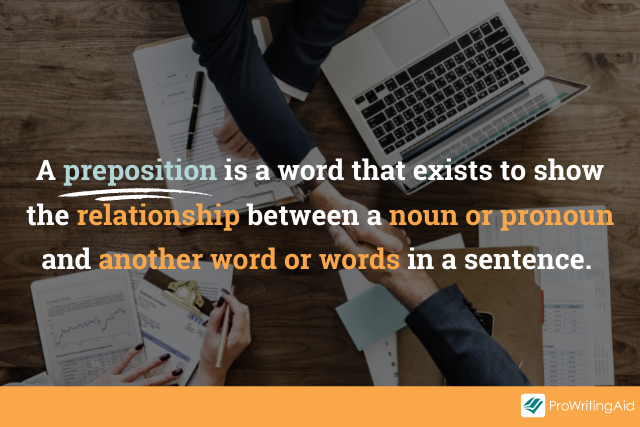 What is a Preposition?

Prepositions are one of the parts of speech, along with nouns, pronouns, verbs, adjectives, adverbs, conjunctions, articles, and interjections.

Prepositions are usually small words, and you’ll find that you use them all the time without even realizing it.

A preposition is a word that exists to show the relationship between a noun or pronoun and another word or words in a sentence.

Now, let’s get into what some of these important little words look like. 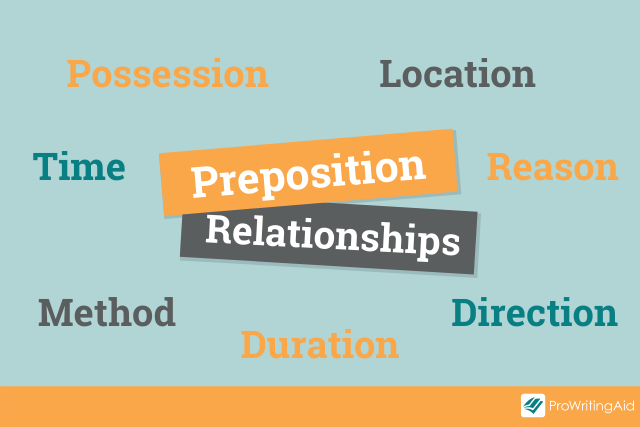 What Are the Most Common Prepositions in English?

There are somewhere around 150 prepositions in the English language! For context, Spanish only has twenty-three, and French has even fewer.

Not only do we have a bunch of prepositions, each one has multiple meanings. No wonder they are so hard to master.

Instead, I’m going to cover several of the most common prepositions. This should give you a good understanding of exactly what a preposition is and how to use it.

Possibly the most commonly used preposition, to is a powerful word for having just two letters. Dictionary.com lists a whopping twenty-two definitions.

To often shows direction or motion toward something. It can show a limit, a position, an attachment, a comparison, or a reaction.

To make things even more confusing, to can also replace other prepositions. These are just a few of its uses.

Here are some examples. 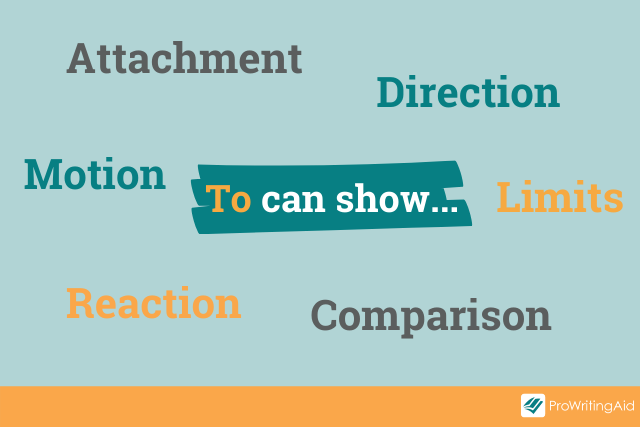 Of is another powerful little word. While we won’t go into all seventeen definitions here, we can talk about a few common uses.

Of can show cause or motive, association, origin, and even direction. It can reference identity or inclusion within a group.

In mathematics, of usually indicates a need to multiply. It can also show what something is made of.

If you can believe it, for has even more definitions than the previous two prepositions. Dictionary.com lists thirty-two.

Many of these definitions are related to purpose. It can also demonstrate a length of time or distance, a reason or cause, and the extent of something. These are just a few common definitions.

Unlike our last three prepositions, in has fewer definitions, but that doesn’t make it any less common. Usually, in refers to something being within or inside. That can be a location, time, or other limitation.

In can also show purpose or means. 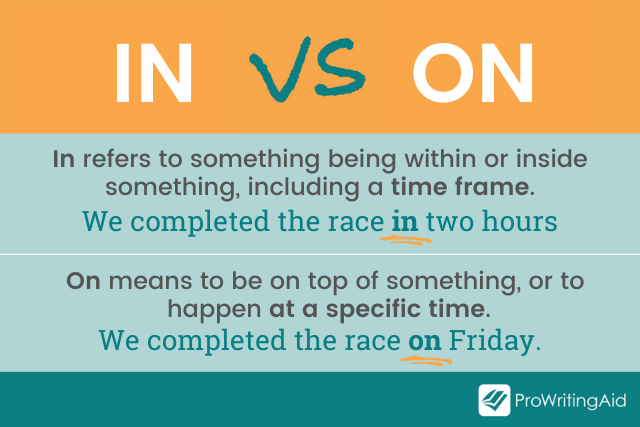 On is a preposition that is easy to get mixed up with in. When it refers to a location, it means on top of something.

When on refers to time, it means at a specific time, while in refers to a time frame.

But there are other phrases that are easily confused.

The last preposition we’ll cover in greater detail is with.

With has many definitions, but they are more closely related than the various definitions of our other prepositions.

With can mean accompanied by or next. It can show connection or togetherness. It can be used to show comparison and similar opinions. With can also mean to have.

Let’s take a look at some other common prepositions and use them in sentences.

What Are the Four Types of Prepositions?

Not all prepositions are created equal. We can group prepositions into four major categories. These are simple, double, compound, and participle prepositions. Let’s take a look at each in more detail. 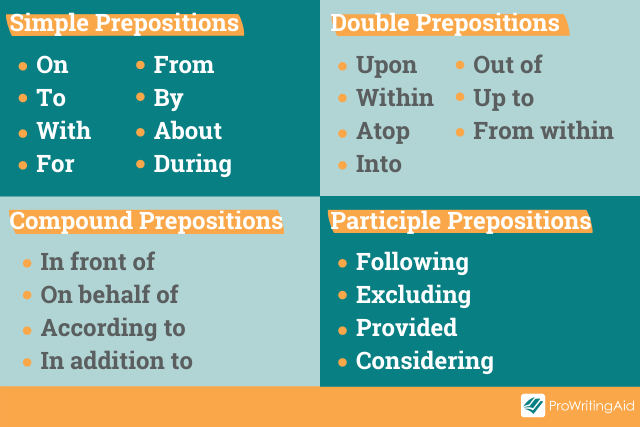 They are technically compound words, but don’t confuse them with compound prepositions.

Compound, or complex, prepositions are made up of two or more words. Typically, one of the words is a simple preposition, but the other is not. Examples of compound prepositions include in addition to, according to, in front of, and on behalf of.

A participle preposition is when the participle form of a verb—ending in -ed or -ing—functions as a preposition instead of a verb. You can identify these instances by whether or not an object follows the word.

Let’s take a look at some full sentences that use participle prepositions.

What Are Prepositional Phrases?

Another common grammatical term you might have heard of is prepositional phrase. What does this mean?

By now, you have a pretty good idea of what a preposition is. And we know that a phrase is a group of words that isn’t quite a sentence. So, what is a prepositional phrase? 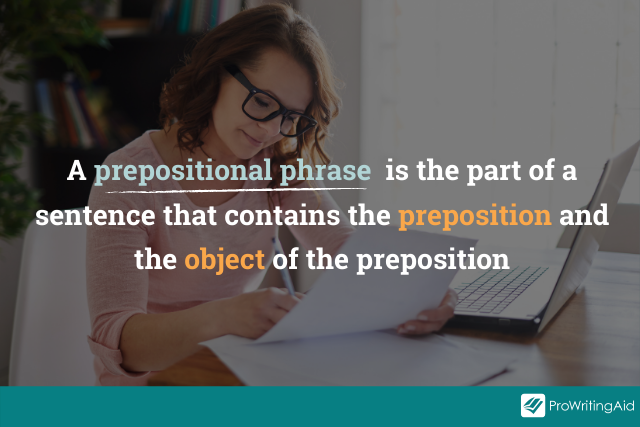 Let’s go back to the example from the very beginning of the article: “over the river, and through the woods, to grandmother’s house we go.”

This sentence in the nursery rhyme contains three prepositional phrases:

Notice that our prepositional phrases do not include the words and, we, or go. They only include the prepositions—over, through, to—and the objects following them. 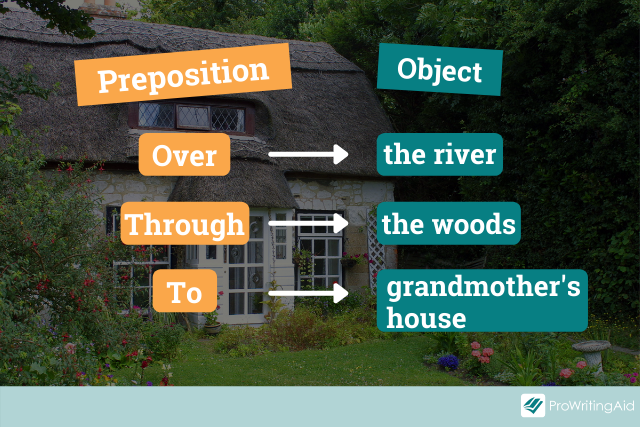 Here are some more examples of prepositional phrases:

How Do I Use Prepositions Correctly?

You have probably figured out that using prepositions isn’t always easy.

Often, native English speakers don’t even understand the rules. We just go by what sounds correct to our ears. Plus, certain prepositions can be used differently in different English-speaking countries.

It’s always a good idea to run your writing through a grammar checker like ProWritingAid’s Grammar Report. Be sure to pay attention to the English language settings to ensure you are getting the most accurate results for your audience.

With ProWritingAid, you can rest assured that your prepositions are correct.

One thing to be mindful of is your sentence structure.

This may be confusing. There are lots of examples of what seem like verbs being used after prepositions:

Doing and falling in these instances are actually gerunds. These words take the form of verbs but actually function as nouns.

A final note on verbs. Some verbs, like consider, influence, and emphasize don’t need prepositions before them.

Should actually be written as:

Check out our examples of verbs that don’t need prepositions.

Can I End a Sentence with a Preposition?

Often, when you try to rearrange your sentence without a preposition, it sounds stiff, awkward, and unnecessarily formal. Here’s an example:

No one speaks like the first sentence. It’s much more natural to say or write the second sentence. They are both grammatically correct.

Always consider your audience when deciding whether to put a preposition at the end of a sentence. In formal writing, it is often better to place the preposition earlier in the sentence, like this:

The top sentence is better for a formal essay or report, although neither are incorrect.

Unnecessary prepositions at the ends of sentences should be eliminated, however. These bog down your writing with sticky words, making your message less clear and concise:

In this case, “at” is unnecessary. It does not add any additional meaning to the sentence. When editing your writing, pay attention to the prepositions that end sentences to be sure they are necessary. 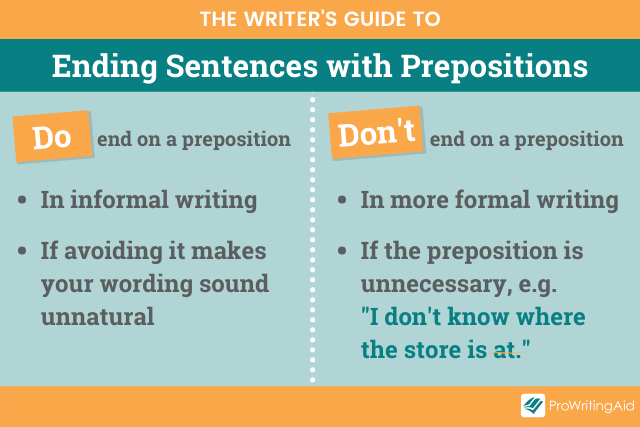 What Are the Functions of Prepositions?

In the simplest terms, prepositions show a relationship between a noun and other parts of a sentence. But prepositions commonly serve specific functions. They often refer to location, placement, orientation, or time. Here are some of the ways prepositions are used.

If you’re describing the use of an implement, machine, or device, you’ll need a preposition. For example:

These prepositions indicate an object’s direction, or the way it’s facing. 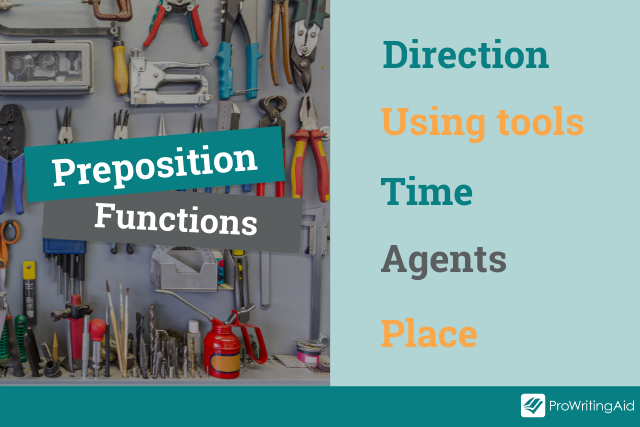 Prepositions of time indicate how objects relate to one another in terms of when they happen.

These prepositions correspond to a person or an agent performing an action. 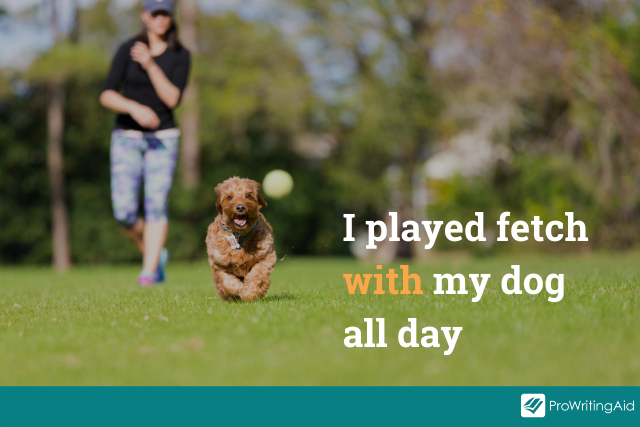 If you really want to quiz yourself, try to determine what type of preposition is being used.

Using "to" or "on" after certain verbs.

Why don't some verbs require prepositions?