The Grammar GuideAdjectivesWhat are coordinate adjectives and why should you have a comma between them?

What are coordinate adjectives and why should you have a comma between them? 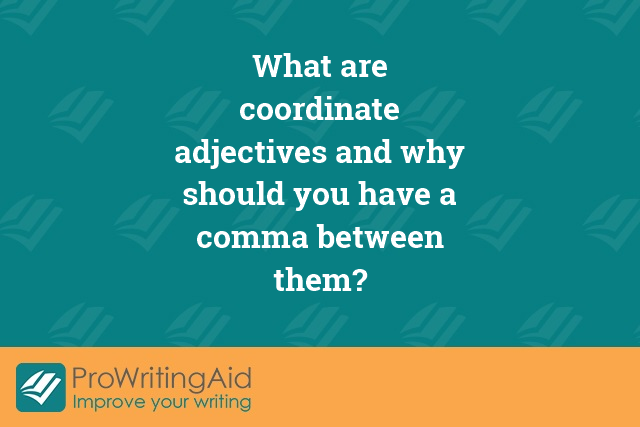 'Bright' and 'shiny' both modify 'Volvo', so they are separated by a comma. You can replace the comma with 'and' or change the order of the words, and the sentence still makes sense.

In this example, 'aerobic' modifies 'workout' while 'strenuous' modifies 'aerobic workout.' The words are not modifying the same noun, so you don't need to use a comma.

Adjectives
What is passive voice and how can I change it to active?

Adjectives
When can you exclude "that" from a sentence?

Adjectives
Why shouldn't you use the word "very" in your writing?

Adjectives
How do I use quotation marks correctly?

Adjectives
How should I use commas with "not only... but also"?

Adjectives
What is the difference between "quite" and "quiet"?

Adjectives
How many spaces should you leave between words and sentences?