What words should be hyphenated? 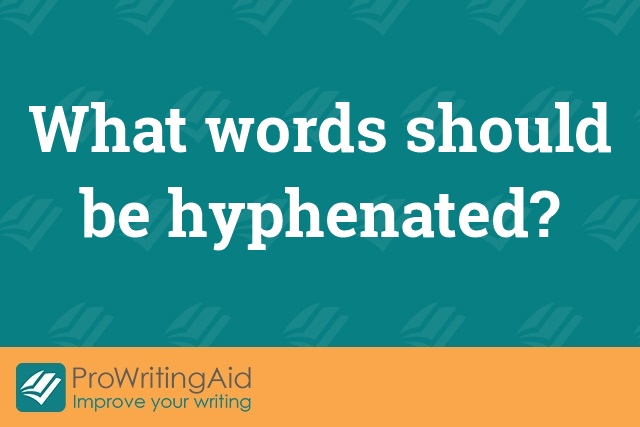 There are five types of words that should be hyphenated:

When you use a compound adjective before the noun, you should hyphenate:

When compound modifiers come after the noun, you don’t need to hyphenate:

If age is being used as an adjective before the noun, you should hyphenate:

But if the age comes after a noun or verb, you don’t hyphenate it:

You need a hyphen when writing out numbers twenty-one and ninety-nine, and everything between.

Normally, prefixes don't need hyphens, but they do when the word is a proper noun or particularly long to begin with:

We always need hyphens with the prefixes anti- and self-:

Hyphens can be used to clarify confusing or awkward combinations, like shell-like or de-ice.

Hyphen
US spelling vs UK spelling

Hyphen
Should you use a comma before "while"?

Hyphen
Should I use spaces around an en-dash?

Hyphen
When do you need to use an em-dash?

Hyphen
Should I use spaces around an em-dash?

Hyphen
What's the difference between a coordinate adjective and a hierarchical adjective?

Hyphen
Should I use a comma between two adjectives?

Hyphen
Should I use a comma before and after vocative?