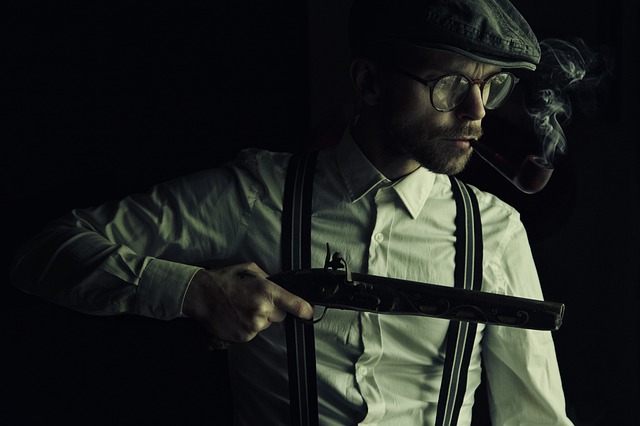 Who hasn’t heard the phrase, "The pen is mightier than the sword"? This is a classic example of metonymy, a literary device wielded by authors to replace specific words with related or associated words. In the above example, taken literally, it’s impossible to defeat an opponent waving a sword with something as insubstantial as a pen, no matter how nice your pen is. But when you consider the figurative meaning, you realize using the power of words to persuade or convince another can generate more success than attempting the same with brute force.

The word metonymy comes from the Greek word metōnymia which means "a change of name." It’s a figure of speech that uses a related word to refer to something much larger. When you say, "The pen is mightier than the sword," pen refers to the written word as a whole.

Consider how "the Crown" refers to a monarchy, while "the White House" refers to the Executive Branch of the US government.

Instead of using a related word to describe a bigger whole, synecdoche uses a part to represent the bigger picture. For example, when you call a car your "wheels," you’re using a small part of a vehicle to refer to the whole.

We have an excellent article covering synecdoche you can read that details how and when to use it.

Without realizing it, we use metonymy a lot in everyday speech and communication. For example:

Gone with the Wind by Margaret Mitchell

In this example, Georgia refers to the entire state: the politicians, its government, and citizens. This is a common metonymy used even today to refer to a whole nation and its government by its name. The point is to present information in as few words as possible while still evoking an image of the entirety in the reader’s mind.

The Atlantic Ocean is a vast sea that Melville makes personal by referring to it as "our Atlantic." He’s used a metonymy to shorten his phrasing while still allowing readers to grasp his full meaning.

Not his only example, Twain uses metonymy like a fine-edged knife:

Twain was famous for his figurative language. In the above example, "a body" refers to any person, male or female, while sounding much more poetic than simply saying, "anybody."

Historical use of metonymy to change popular opinion

Believe it or not, cigarette advertising back in the day was avant garde. They used it to link two disparate opinions about women and smoking to change the way the public perceived women in society. Consider this slogan:

Thanks to a savvy copywriter (Edward Bernays, Sigmund Freud’s nephew), this advertising slogan turned the tables on the opinion that women who smoked in public were "hussies." Suddenly, cigarettes were "torches of freedom" for women to express themselves.

More importantly, this is an example of metonymy that relied heavily on social context to give it meaning. It tied into a cultural reference and ended up persuading the public to think of women smokers differently.

You may wonder why use metonymy? Because it’s a more poetic way to give meaning and substance to words, making them burst into life. When you describe simple, ordinary things in such a creative way, you imbue your work with life, making readers consider your more profound meaning. Common objects and ideas suddenly become interesting and compelling.