Passed vs. Past: What's the Difference? 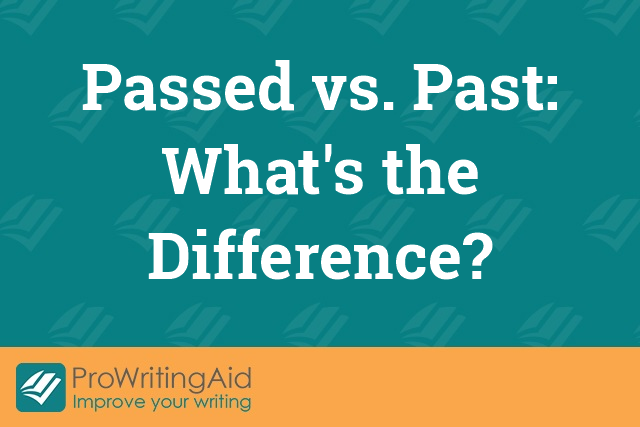 “Passed” and “past” are homophones, which means that they have different definitions, even though they sound the same.

It’s easy to get the two mixed up when you’re writing. So how do you remember which spelling you should use?

Past means beyond in place, quantity or time when used as a preposition, e.g. It is half past the hour.

Past can also be used as an adjective, adverb, or noun.

Passed is the past participle of the verb to pass. It is the action of moving ahead, e.g. I passed by the shops on my way home.

A good way to remember the difference is to think that past, which ends with a T, usually refers to time, which begins with a T.

In contrast, passed generally deals with movement. You can tell it's a verb because it ends with -ed like most verbs in the past tense. If the word you want is the action word of the sentence, then it should be the verb passed.

Read on to see examples of each word in context, as well as tips for remembering which one to use. 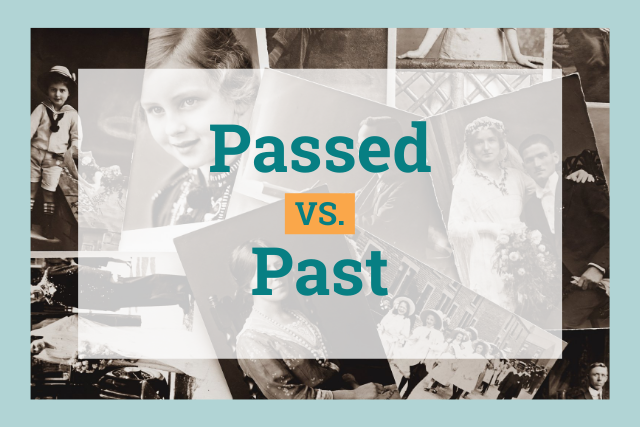 What Does the Word Passed Mean?

“Passed” is the past tense form of the verb “to pass.”

When you add -ed to the end of the verb “pass,” you modify the meaning of the sentence to show that the event it's describing already happened. For example: 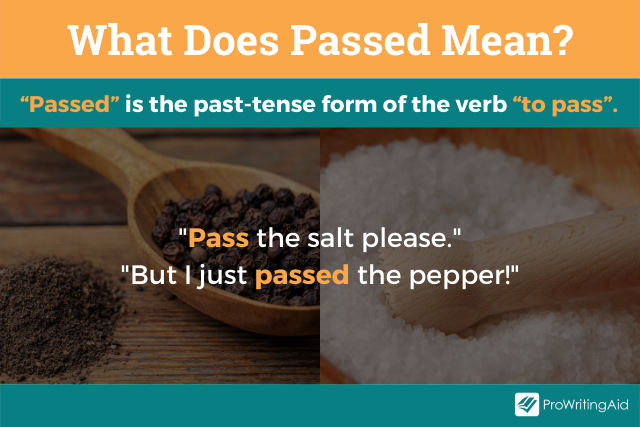 Here are some common phrases that include the word “passed,” all of which are the past tense:

What Does the Word Past Mean?

The word “past” is a little trickier, because it has several different meanings. It can be used as a noun, an adjective, an adverb, or even a preposition. 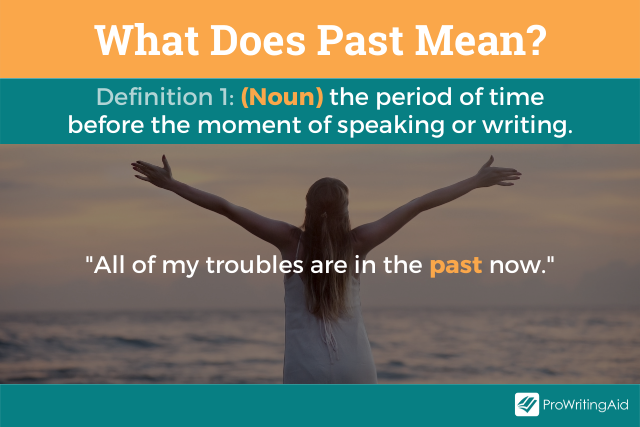 As a noun, past refers to the period of time before the moment of speaking or writing.

You could say, It’s all in the past now, meaning that something happened so long ago that it's no longer relevant now.

As an adjective, past means "gone by in time and no longer existing."

You could say I’ve been really busy these past few days, meaning that you were really busy during the most recent couple of days that have gone by. 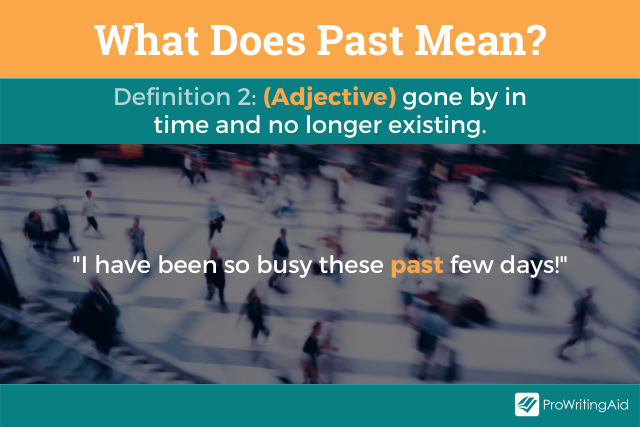 As a preposition, past means the same thing as "beyond" or "farther than."

You can say I think I drove past the destination already, meaning that you drove farther than you were supposed to. 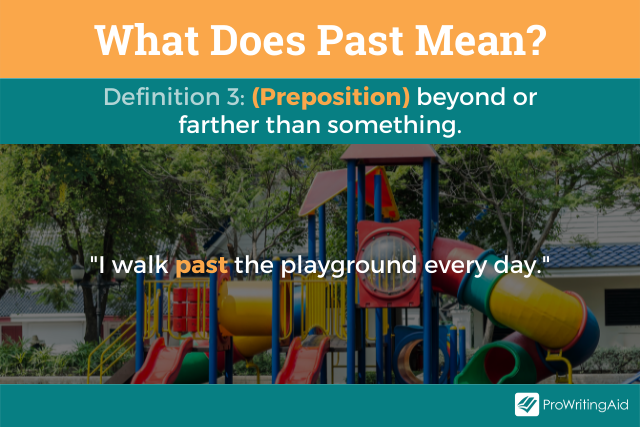 Here are some common phrases that include the word “past”:

What Are Some Examples of Passed vs. Past in Writing?

Here are some examples of each word from literature.

“What Is Love? I have met in the streets a very poor young man who was in love. His hat was old, his coat worn, the water passed through his shoes and the stars through his soul”—Victor Hugo, Les Miserables

“I am not talking to you now through the medium of custom, conventionalities, nor even of mortal flesh: it is my spirit that addresses your spirit; just as if both had passed through the grave, and we stood at God's feet, equal—as we are!”—Charlotte Bronte, Jane Eyre

“It's too late to change my mind. I lift my hand to my mouth taking one last look at the world. The berries have just passed my lips when the trumpets begin to blare.”—Suzanne Collins, The Hunger Games

Example Sentences with Past

“So we beat on, boats against the current, borne back ceaselessly into the past.”—F. Scott Fitzgerald, The Great Gatsby 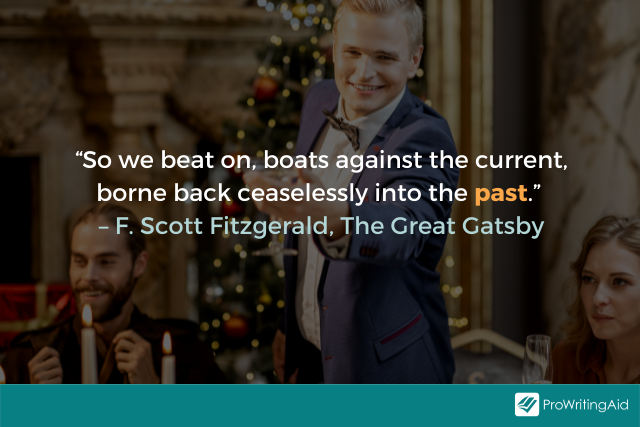 “Some birds are not meant to be caged, that's all. Their feathers are too bright, their songs too sweet and wild. So you let them go, or when you open the cage to feed them they somehow fly out past you.”—Stephen King, Rita Hayworth and Shawshank Redemption

What Tricks Can I Use to Figure Out Whether I Should Use Passed or Past?

Try Switching from Past Tense to Present Tense

If you’re wondering whether to use “passed” or “past,” you can try switching the word you're unsure about to “pass” or “passes” to see if it still makes sense in the sentence.

If it makes sense in present tense, you know you should be using “passed,” because it's the past tense form of "pass" or "passes."

On the other hand, if the word you're supposed to use is “past,” the sentence won't make much sense after you switch tenses.

For example, in this sentence describing a theatre trip ProWritingAid’s Realtime Report has identified an incorrect usage of the word pass and suggested that it be changed to past.

Here are some more examples: 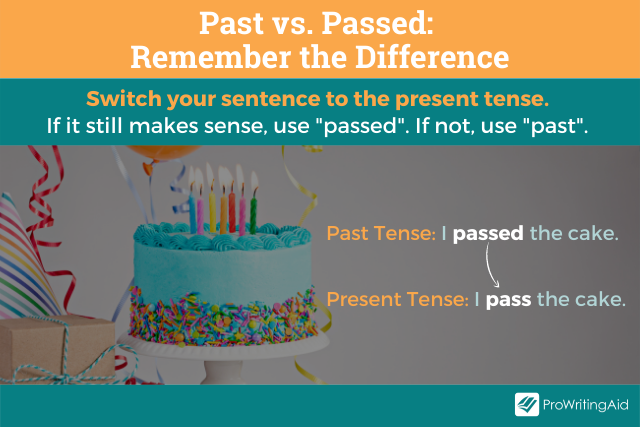 Look for the Verb in the Sentence

A useful thing to remember is that the word “past” is never a verb. So if you’re using “past” as a verb, that’s a sign you might be spelling it wrong.

Try to find the verb in the sentence. You can do this by looking for an action. 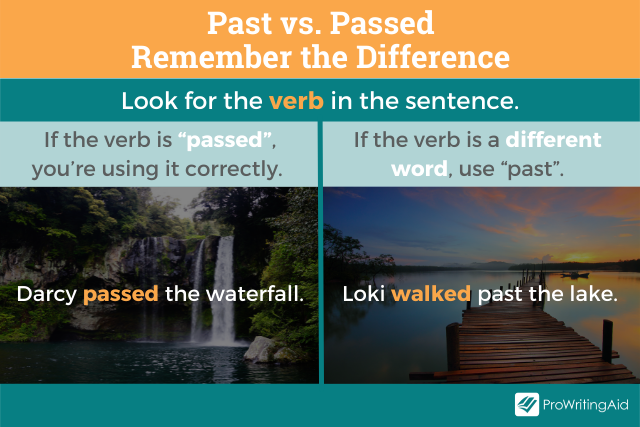 Final Words: Passed vs. Past

What are your favorite tips for remembering the difference between “passed” and “past”? Let us know in the comments.

Examples of past in a sentence

It even has a past, which in this world amounts to a virtual miracle.
- Grand Junction by Maurice G. Dantec

Every animal I have mounted has been an interpretation of the past.
- Beatrice and Virgil by Yann Martel

It had been her way of sweeping away the past.
- The heart of Devin MacKade by Nora Roberts

The road they followed ran northwesterly past more burned-out villages and shattered towns.
- Demon Lord of Karanda by David Eddings

The past was all around as an aching memory filled with beauty that crumbled.
- Weighed in the balance by Anne Perry

Examples of passed in a sentence

He slowed down as he passed the inn, saw lights-shining on the second and third floors.
- The heart of Devin MacKade by Nora Roberts

I ordered satay from room service and passed out with the lights still on.
- Some Girls: My Life in a Harem by Jillian Lauren

As the years passed, this postmechanical biocide had grown.
- Grand Junction by Maurice G. Dantec

Alex was still in with his sister as Samantha passed the guard.
- Secret Weapon Spouse by B. J. Daniels

Once the Stolls had passed, we forged deeper into the west woods where the monsters were wilder.
- The Battle of the Labyrinth by Rick Riordan