ProWritingAid
ProWritingAid
The Grammar Guide Passive Voice What is passive voice and how can I change it to active?

What is passive voice and how can I change it to active? 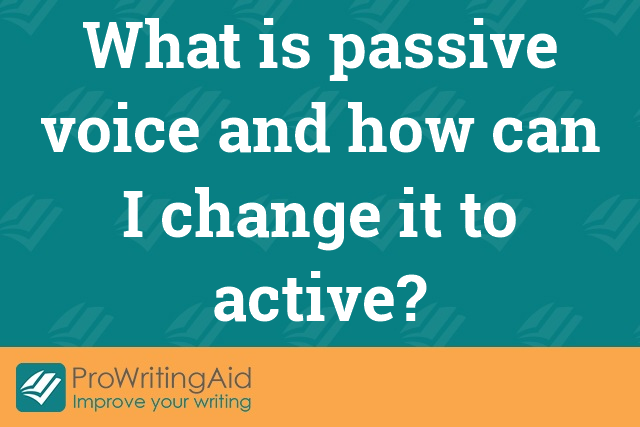 ##How Passive Voice Affects Your Readers

Passive Voice
Should you use a comma before "while"?

Passive Voice
Should I use spaces around an en-dash?

Passive Voice
When do you need to use an em-dash?

Passive Voice
Should I use spaces around an em-dash?

Passive Voice
What's the difference between a coordinate adjective and a hierarchical adjective?

Passive Voice
Should I use a comma between two adjectives?

Passive Voice
Should I use a comma before and after vocative?