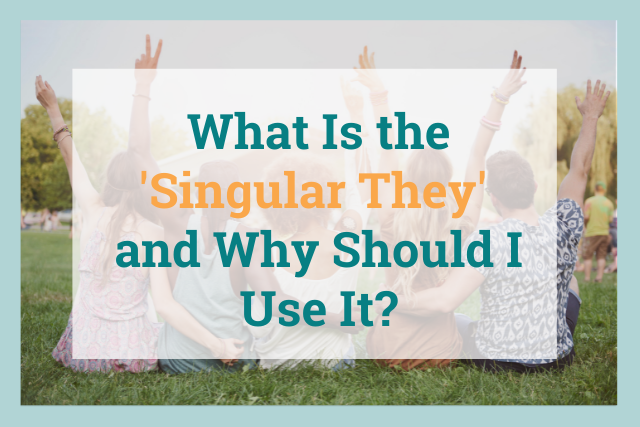 How many times have you written a sentence using a gender-neutral antecedent (the word a pronoun replaces) and stumbled? Which pronoun do you use—he or she?

Until relatively recently, English grammarians asserted you use he as the gender-neutral pronoun with any antecedent.

For example, if you use a non-gender-specific noun like "scientist," "judge," "astronaut," or "engineer," you'd use he as the accompanying pronoun in your sentence. Consider the following:

Not to mention those nouns that have traditionally been associated more with women:

This meant that millions of little girls were being subtly conditioned to believe that these were boys' things because of the masculine constructs.

Plus, all those actual female judges, scientists, astronauts, engineers, teachers and nurses found it rather annoying being referred to as "he". Why should the male pronoun take precedence over the female?

Then there was the awkward period when a singular antecedent was followed by the phrase he or she, him or her, or the even more awkward s/he.

But this just clogged up our sentences and made them even more frustrating and irritating to read. 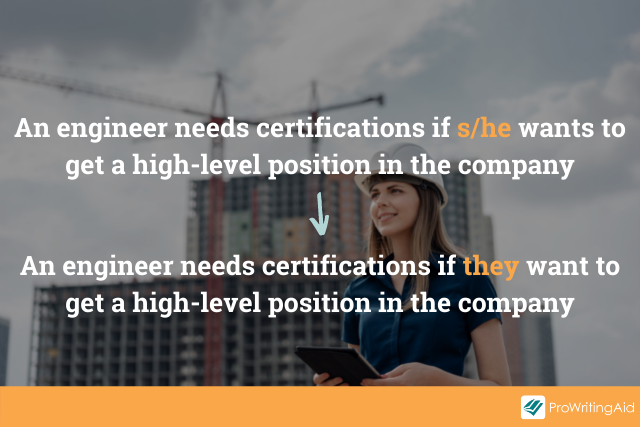 The world is coming around

In 2015, Fowler's Dictionary of Modern English Usage finally called people out on gender-neutral pronoun consistency. Here's the gist of their conclusion:

"From the earliest times until about the 1960s it was unquestionably acceptable to use the pronoun he (and him, himself, his) with indefinite reference to denote a person of either sex, especially after indefinite pronouns and determiners such as anybody, ... every, etc., after gender-neutral nouns such as person ... [but] alternative devices are now usually resorted to. When a gender-neutral pronoun or determiner ... is needed, the options usually adopted are the plural forms they, their, themselves, etc., or he or she (his or her, etc.)"

So, that means these options are valid:

What are other professional writers doing?

Newspaper reporters, those who are heavily invested in writing compelling, concise, and engaging prose, use they and their as the pronoun for a gender-neutral antecedent. Wikipedia lists several influential newspapers like the London Sunday Times, The Guardian and US News & World Report switching to they and their to express gender neutrality.

Certain style guides like The Chicago Manual of Style recommend using they and their.

Others suggest a rewrite to avoid these situations altogether. For example:

We think this might be the best option when it's possible. Rewrite the sentence so that the problem goes away. You are writers, aren't you? Rewrite. 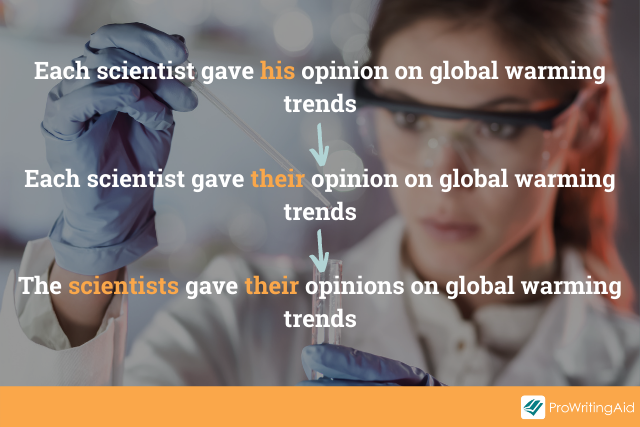 They As a Personal Pronoun

"They" has been used as a singular pronoun as in the above examples since around the 1300s. However, in recent times "they" is increasingly used as a pronoun by non-binary people in place of 'he' or 'she'.

As seen above, many of us have been using the singular they in conversation to refer to individuals for years:

I like my teacher, they always value my opinion.

We gave the server at the restaurant a big tip—they really went above and beyond.

So it isn't difficult to make the jump to using they to refer to a known individual—whether they have told you their pronouns or you aren't sure yet:

This is my friend Sam—they're from Tennessee.

Where is Allie? Did they leave early?"

Remember—the best thing to do if you're unsure about somebody's pronouns is ask.

The Chicago Manual of Style sums up the quandary best:

We're going to take a stand though:

And if you just can't face it, rewrite the sentence so that the problem goes away (unless you're using they as a personal pronoun—then use "they" as you would use "he" or "she").

How do you handle gender-neutral inconsistencies when writing?

gulledge_adam
"And if you just can't face it, rewrite the sentence so that the problem goes away. You are writers, aren't you?" Yes, and that's why the smart ones will use whatever we wish to use, when we wish to use it, without letting ourselves get tied up in arbitrary rules that are based around mystery characters.