What is the difference between 'coud' and 'could'? 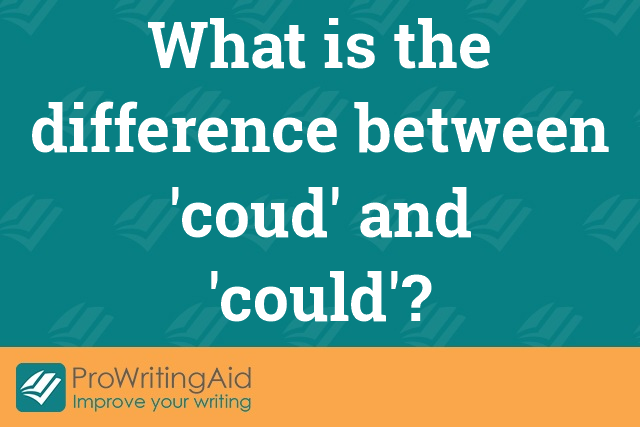 The words coud and could are often confused because of their similar spelling. We'll explain the difference.

Could means used to express conditional possibility when used as an auxiliary verb.

Coud is not a real word.

A good way to remember the difference is There is a silent L in could.

Out of the two words, 'could' is the most common. It appears about 22126 times more frequently than 'coud'.

Could is a hard word to spell because it has a silent L. It is an auxiliary (helping) verb that expresses conditional possibility. It is also the simple past form of "can."

The right phrase is 'could not have been'. These phrases are often confused because of their similar spelling.

You should use ', he could not'. These phrases are often confused because they look similar.

The correct phrase is 'that he could not'. These phrases are often confused because they have a similar spelling.

The right expression is ', I could not'. These phrases are often confused because they look similar.

Should I use 'there could be no' or 'there coud be no'?

The right phrase is 'there could be no'. These phrases are often confused because they are easy to mistype.

Some synonyms of could are: can, should, would

Examples of coud in a sentence

Holmes coud talk exceedingly well when he chose, and that night he did choose.
- Sherlock Holmes: The Complete Illustrated Novels by Sir Arthur Conan Doyle

Examples of could in a sentence

She could also mean plenty of trouble, if anybody found out about us.
- Cropper's cabin by Jim Thompson

She held up her hands in surrender, but I could tell she was trying hard not to smile.
- The Battle of the Labyrinth by Rick Riordan

Any magician could now reach into the realms of darkness only at the peril of life and soul.
- Demon Lord of Karanda by David Eddings

Rathbone could see now that her remarkable eyes were green.
- Weighed in the balance by Anne Perry