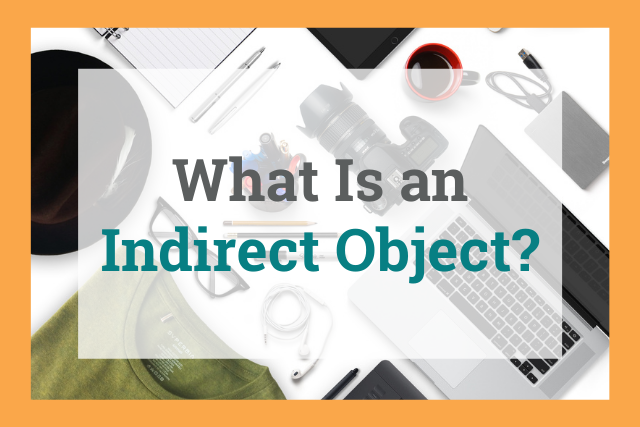 Have you heard about the drama in the grammar world?

Let me fill you in on the details so we can get a handle on the situation!

What Is an Indirect Object?

An indirect object is the noun or pronoun for whom the action of a verb is completed. It is the receiver of the direct object.

I realize that is not a very user-friendly definition, as is often the case with grammar terms. Fortunately, we don’t have to rely on that definition alone. Let me demonstrate!

In this sentence, them is the indirect object:

Them is the pronoun for whom the verb (showed) was completed. So what does that make the movie? I’m glad you asked. The movie is the direct object. 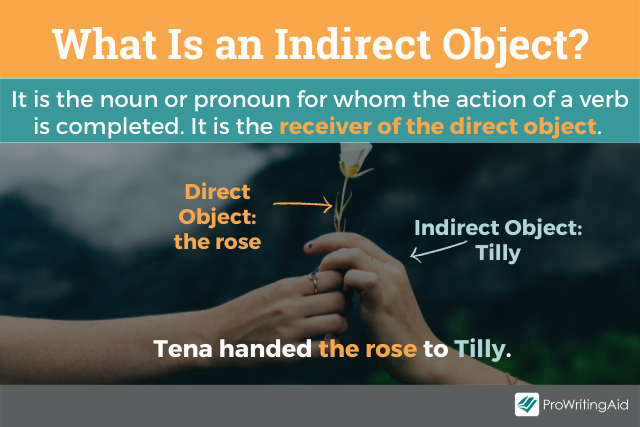 What Is a Direct Object?

A direct object is what receives or experiences the action of the verb.

To find a direct object, first find your verb, such as passed, and then ask:

The answer is the direct object.

In the example above, movie experiences the action of the verb. It’s a movie that has been shown. 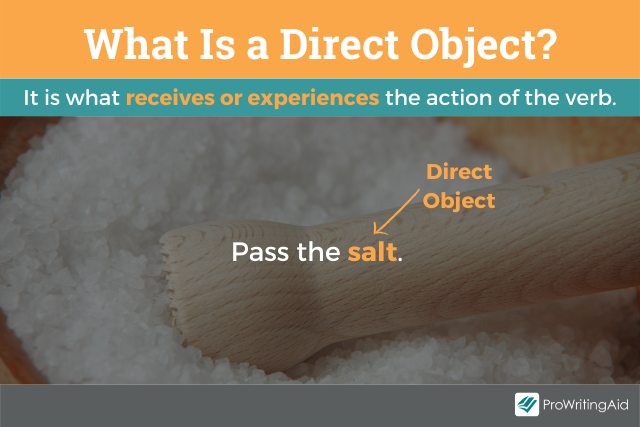 How Do You Identify an Indirect Object?

To lighten up the grammar demonstration, which can often feel tiresome, let’s infuse some movie magic into the lesson.

See if you can recognize the movies referenced as an added challenge.

To review: the indirect object is the noun or pronoun for whom or to whom the action of the verb is completed.

It receives the direct object (they were shown a movie). 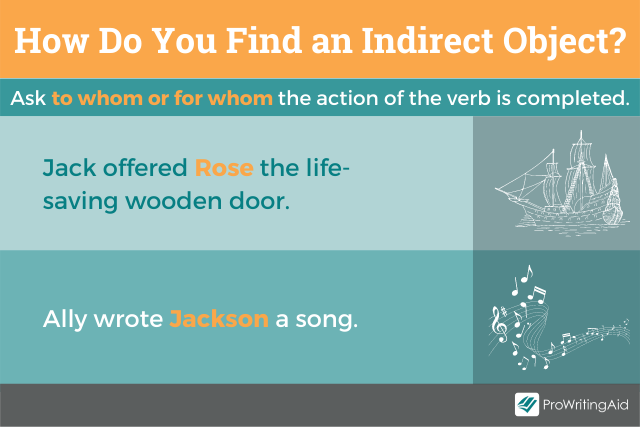 In these movie examples, ask to whom or for whom the action of the verb is completed.

Indirect Object: Luke Skywalker. He is the noun for whom the verb (gave) was completed.

Indirect Object: Rose. She is the noun for whom the verb (offered) was performed.

Indirect Object: Jackson. He is the noun for whom the verb (wrote) was completed.

To find the direct object, ask who or what received or experienced the action of the verb.

In the first sentence example, the verb is gave. Obi-Wan is performing the verb; he is the subject of the verb gave. Who or what he gave is the direct object. 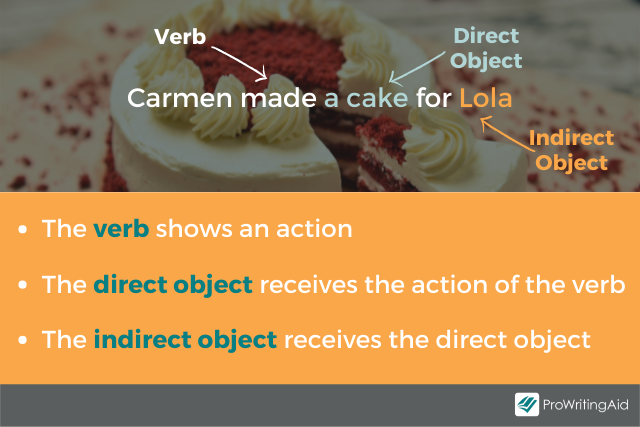 In the second sentence example, the verb is offered. Who or what was offered? The wooden door.

The wooden door is the direct object. To whom was the door offered? Or who received the door? Rose—she is the indirect object.

This is probably getting easy for you now, but let’s finish the third example anyway.

In the third example, the verb is wrote. What was written? The song.

The song is the direct object. For whom was the song written? Or who received the song? Jackson—he is the indirect object.

Does Every Sentence Have an Indirect Object?

Indirect objects do not make an appearance in every sentence.

For one thing, they only exist in sentences that have direct objects.

Second, direct objects and intransitive verbs do not associate with each other. I don’t know the history of that drama, but it has existed for as long as grammar has. 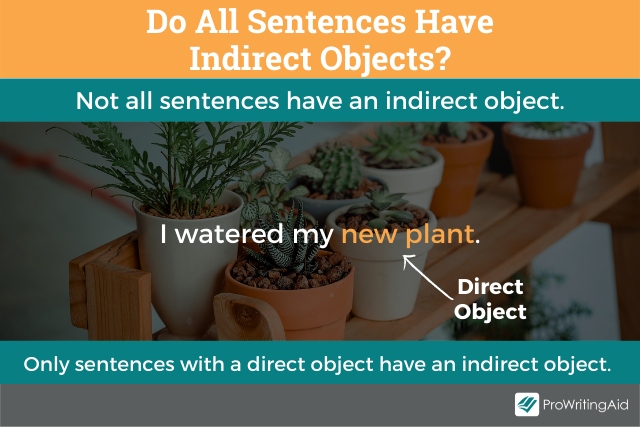 Only Transitive Verbs Have Direct and Indirect Objects

Transitive verbs are verbs that can take a direct object. The actions of transitive verbs must done to someone or something. The meaning of the verb is incomplete without an object.

For example, “put” is a transitive verb. If I tell you “Put!” Your response would be “Put what? Put it where?” 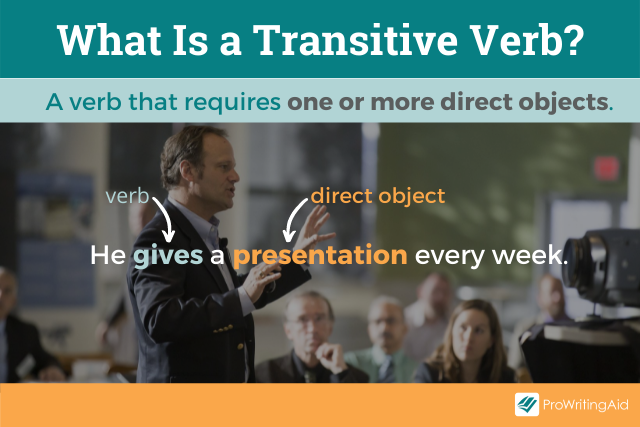 Intransitive verbs are verbs that make sense without an object, e.g.:

In those examples, the verb is not being performed to or for something.

Linking verbs do not show any action; rather, they connect, or link, the subject of a sentence to the rest of the information in the sentence.

Pronouns That Are Indirect Objects Take the Objective Case

Both nouns and pronouns can be direct objects. When a pronoun assumes that role, it must do so in its objective case. 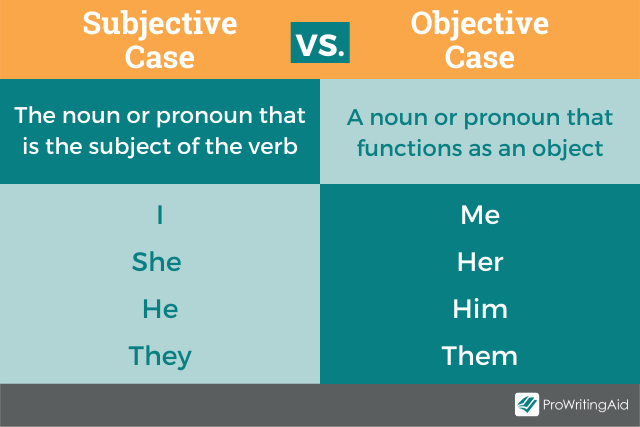 Examples of pronouns as the indirect object:

Indirect Objects Are Not Part of Prepositional Phrases

Sometimes, it’s easy to mistake the object of a prepositional phrase for an indirect object. Both of those “objects” provide similar information in a sentence.

The object of a preposition can explain to whom or for whom the action of a verb is completed, but grammatically speaking, it is not the same thing as an indirect object. 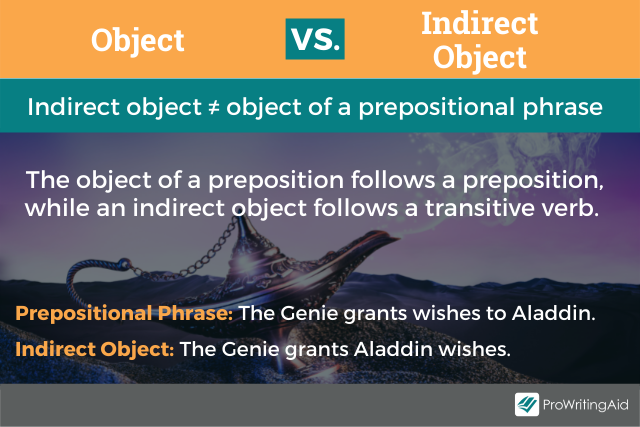 In these sentence pairs, the first example includes a prepositional phrase, and the second includes an indirect object, using object pronouns.

Let’s put your expertise into practice. Can you identify the indirect object in each of the following sentences?

Indirect Objects and Your Writing

Knowing what an indirect object is and how to use it can help you add specificity to your writing by providing more description about an action.

The more you understand the different parts of sentences, like direct and indirect objects, the more variety you can put into their structure.

Sentences that follow the same rhythm, one after another, become dull.

For more help bringing variety to your sentence structure, use ProWritingAid’s Sentence Report.

It will let you know if your work is becoming monotonous. Who knows—perhaps adding an indirect object will help! 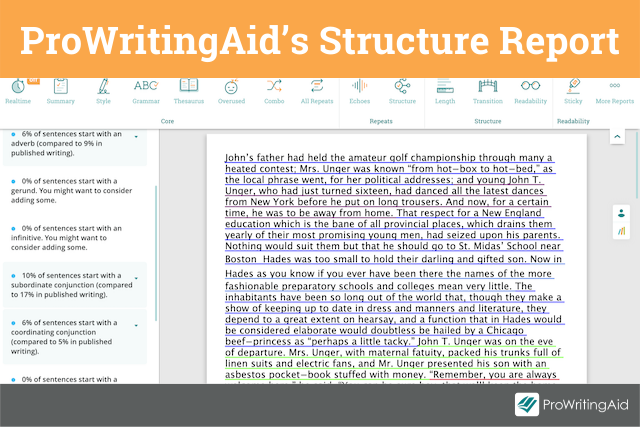