Hyphen vs Dash: What's the Difference? 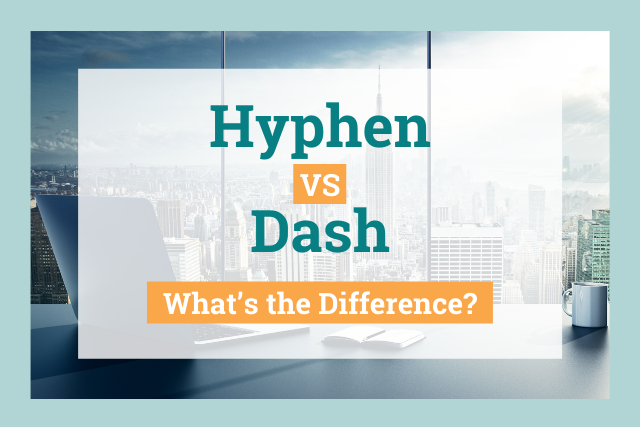 Hyphens and dashes between words look very similar. How do you tell them apart, and how do you know when to use each?

Hyphen, en dash, and em dash punctuation help readers clearly understand your message by allowing you to indicate pauses and emphasis in your text.

Although each punctuation symbol—hyphen, en dash, em dash—is a line inserted into text, they all perform different functions.

Let’s look at how the three punctuation marks work to make your writing as clear as possible.

What’s the Difference Between a Hyphen vs Dash?

Once you know the difference and when and why to use hyphens and dashes, you’ll write with confidence and express your meaning effectively to your readers.

A hyphen’s primary purpose is to link two or more words together.

Dashes typically indicate a series, sequence, or they set phrases apart, depending on the type of dash used.

If punctuation marks like dashes and hyphens confuse you, try out ProWritingAid’s free grammar checker.

The editor will correct your dash and hyphen errors, as well as other grammar, style, and mechanics errors. 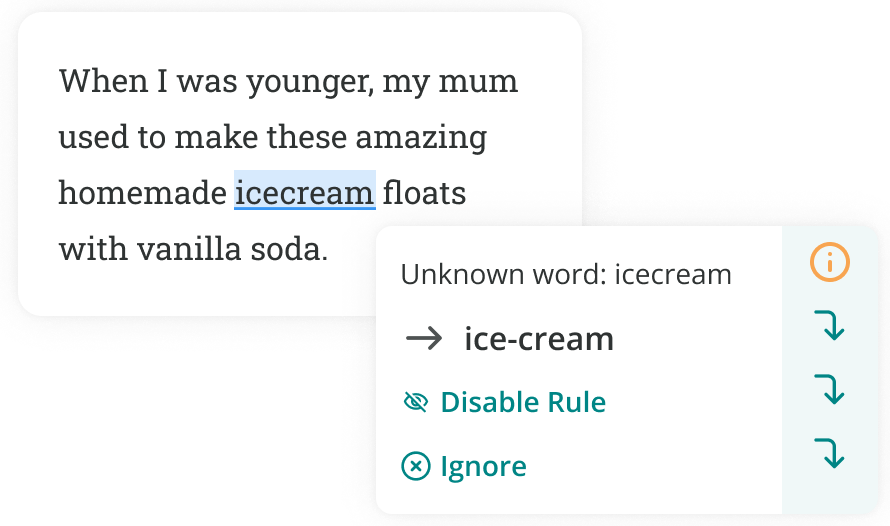 What Is a Hyphen & When Should It Be Used?

The hyphen is the shortest linear punctuation mark. Use the hyphen to join two or more words together. Use no spaces before or after a hyphen. 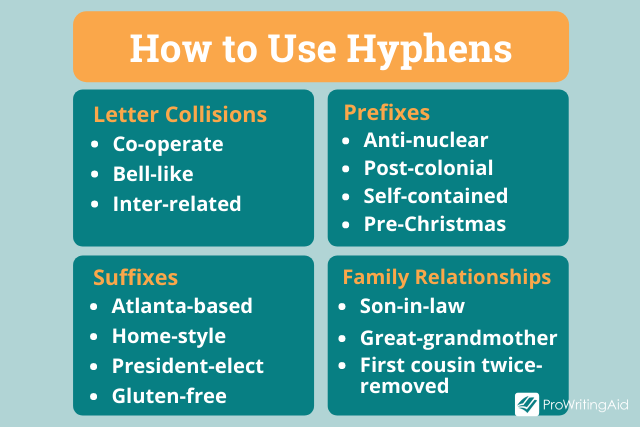 A hyphenated compound word can be a compound noun (e.g. sister-in-law) or a compound modifier.

Compound modifiers are two words that make one adjective when combined with a hyphen (e.g. high-speed).

Sometimes, these words are made with prefixes (e.g. anti-establishment) or suffixes (e.g. President-elect).

We can use a hyphen to separate letter collisions, which are letters that might be confusing when next to each other in a word (e.g. co-operation vs cooperation).

Use hyphens with written numbers from twenty-one to ninety-nine and with fractions like two-thirds or one-fifth.

Examples of hyphenated numbers include:

On the other hand, writing a fraction like a third or a quarter does not require a hyphen.

What Is a Dash and When Should It Be Used?

There are two types of dashes: the em dash and the en dash.

En and em, short and long, dashes are named after the space they take in typesetting. The en dash takes up the space of the letter N and the em dash, the letter M.

We don’t think of typesetting in general writing because word processors do the work for us, but just know the en is short and the em is long.

Dashes work to bring attention to a phrase or indicate that a phrase is additional information.

Each dash has a different use: they are not interchangeable. Let’s look at each in more detail.

Primarily the en dash connects numbers, and sometimes words, to indicate a range or a span. Check out these examples:

The en dash also connects hyphenated phrases in a compound adjective or two open (no hyphen) compound phrases, like these:

Notice that there are no spaces before or after en dashes.

The em dash is the most commonly used dash. This punctuation mark sets phrases apart from the main body of a sentence.

An em dash is used to set off text that amplifies or explains an element in a sentence.

Commas, parentheses, and colons may perform a similar function, but em dashes are more noticeable Use em dashes to emphasize the words your are amplifying or setting apart: 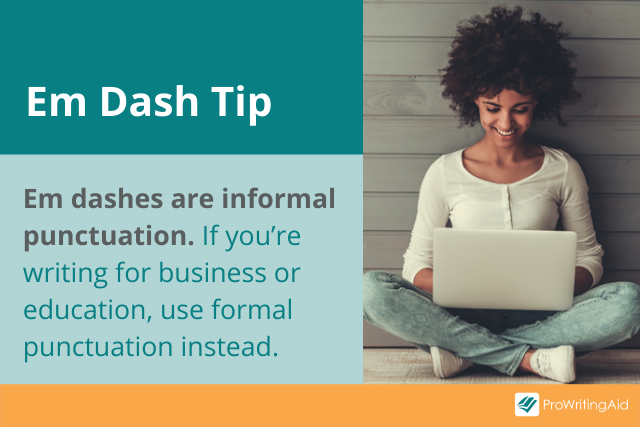 American English requires for there to be no space before or after the em dash.

However Associated Press (AP) style guidelines (common in journalism) require spaces before and after em dashes, unlike most American usage.

When he called his cats — Pinot Gris Gris, Merlot, and Copainée — everyone in the dorm showed up at his door.

British writers have a different use standard. They use a spaced en dash instead of the closed em dash.

American English: However much he tried—and God knows he tried!—he couldn’t get the daily tally to balance.

British English: However much he tried – and God knows he tried! – he couldn’t get the daily tally to balance. 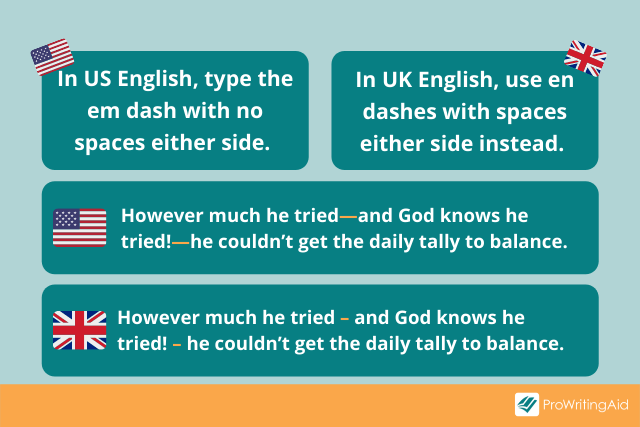 Examples of Hyphens and Dashes in Sentences

Here are some more examples of how to use hyphens.

And finally, here are two examples of em dashes in sentences.

Conclusion on Hyphen vs Dash

From connecting words and concepts to setting off information, correct usage of hyphens and dashes keeps readers focused on your message.

(This article was updated by Krystal N. Craiker.)