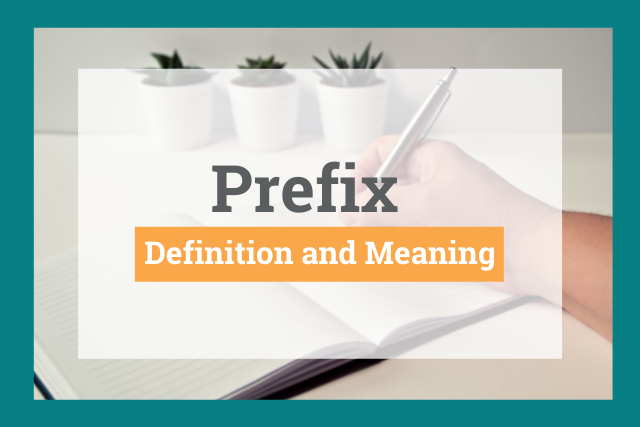 Prefix is an English word with many meanings.

This article will explain what the word prefix means, where it originates from, and how to use it in a sentence.

According to the Merriam-Webster Dictionary, prefix can be a noun or a verb.

As a noun, it can mean “a group of words placed at the beginning of a word to create a new word” or “a title used before a person’s name.”

As a verb, it can mean “to fix or appoint beforehand” or “to place in front.” 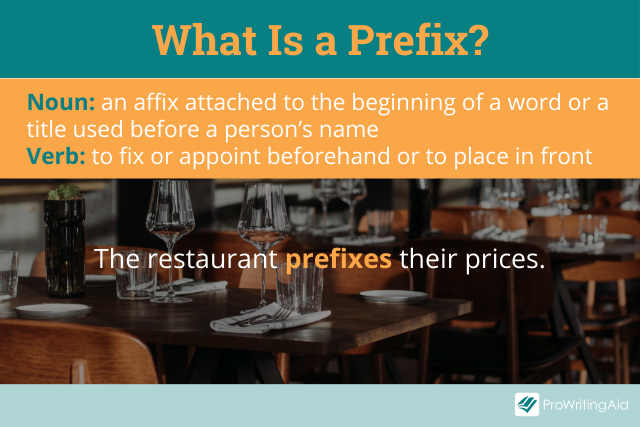 Let’s take a closer look at what each of these definitions means.

Prefix as a Noun

As a noun, prefix most commonly refers to a letter or group of letters that you attach before a root word in order to form a new word.

Common prefixes in English include:

Many prefixes in English come from Greek and Latin, so studying these languages can help you understand how English words are put together. 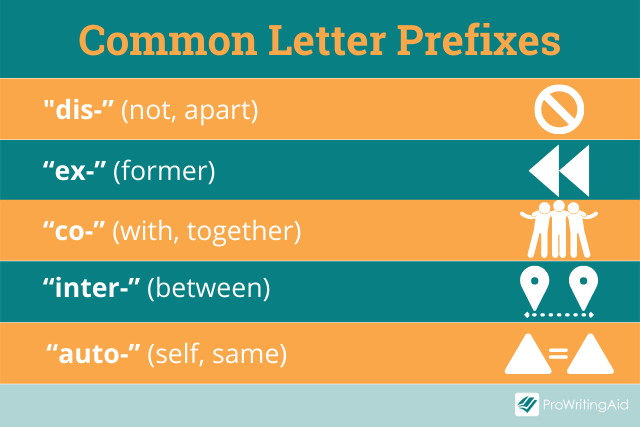 The opposite of a prefix is a suffix, which is a group of letters that you attach to the end of a word

We also use prefix to describe the title you put before someone’s name. For example, Mr., Mrs., and Dr. are all common prefixes. 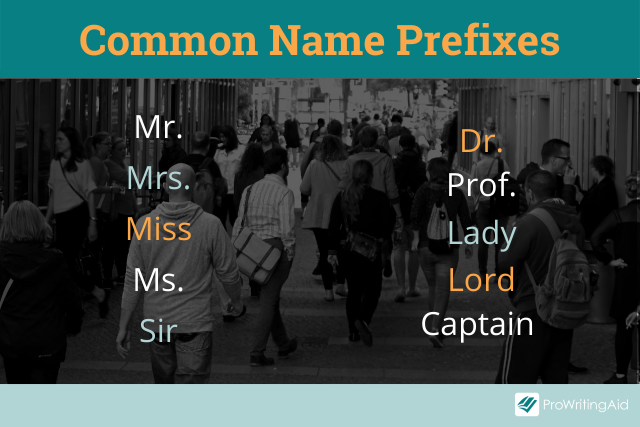 Finally, we sometimes use prefix to refer to telephone numbers. In this context, prefix refers to the first set of digits after the country and area codes.

Here are some examples of the noun prefix used in a sentence:

Prefix as a Verb

As a verb, the basic meaning of prefix is “to place at the beginning.” For example, you might prefix a fancy title to your name if you want to impress everyone, which means you add a title like “Dr.” or “His Royal Highness” to the beginning of your name.

The verb prefix can also mean “to determine beforehand.” A restaurant might prefix the price of their menu for a special holiday, which means they charge a predetermined price regardless of which dishes you order.

Similarly, a taxi company might prefix the rate for a ride to and from the airport, which means they charge a predetermined fee regardless of how far you go.

Here are some other examples of the verb prefix used in a sentence:

Examples of Prefix in a Sentence

Let’s look at some examples of the word prefix in successful books.

“He had just reached the time of life at which ‘young’ is ceasing to be the prefix of ‘man’ in speaking of one. He was at the brightest period of masculine life, for his intellect and emotions were clearly separate; he had passed the time during which the influence of youth indiscriminately mingles them in the character of impulse, and he had not yet arrived at the state wherein they become united again, in the character of prejudice, by the influence of a wife and family. In short, he was twenty-eight and a bachelor.”—Far From the Madding Crowd by Thomas Hardy

“All languages that derive from Latin form the word ‘compassion’ by combining the prefix meaning ‘with’ (com-) and the root meaning ‘suffering’ (Late Latin, passio). In other languages, Czech, Polish, German, and Swedish, for instance—this word is translated by a noun formed of an equivalent prefix combined with the word that means ‘feeling.’”—The Unbearable Lightness of Being by Milan Kundera

“One could prefix the words ‘deranged lunatic insists’ to any headline, and only increase its accuracy. It’s practically implied, and the reading public would hardly read the little phrase as a disclaimer these days.”—The Damned Highway by Brian Keene and Nick Mamatas

“If you choose to say, ‘God can give a creature free will and at the same time withhold free will from it,’ you have not succeeded in saying anything about God: meaningless combinations of words do not suddenly acquire meaning simply because we prefix to them the two other words, 'God can.' It remains true that all things are possible with God: the intrinsic impossibilities are not things but nonentities.”—The Problem of Pain by C.S. Lewis

“Love affair. Doesn’t that sound so middle-aged? And also ill-fated. Like ill-fated is an understood prefix to love affair.”—Night of Cake and Puppets by Laini Taylor 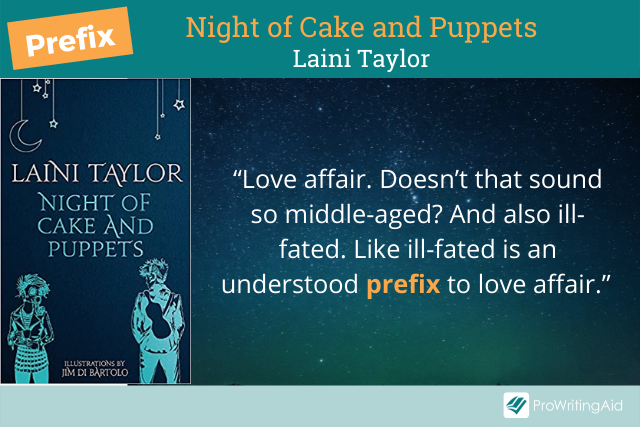 “An alliterative prefix served as an ornament of oratory.”—The Picture of Dorian Gray by Oscar Wilde

Origin of the Word Prefix

The word prefix was first used in the 16th century. It stems from the Latin word praefixum, meaning “fix in front, fasten on before.” This word is the combination of the Latin roots fix (meaning “attach”) and pre- (meaning “before”).

Now you know what “prefix” means and how to use this word in your own writing.

lisamarieblaskie
Fascinating review of a word we all know but seldom think about. Nice way to look at Prefix.