Semicolon vs Colon: What’s the Difference? 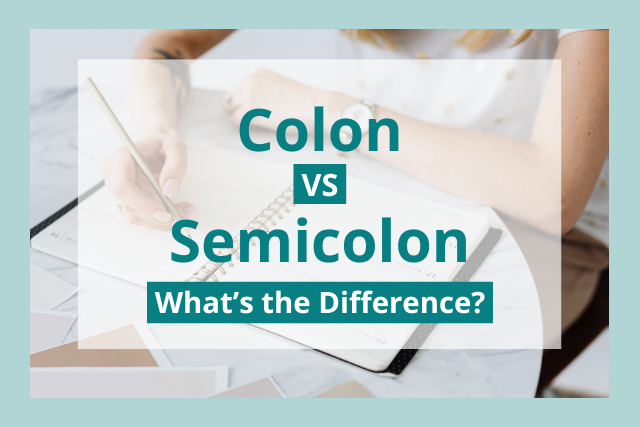 Many people use the wrong punctuation marks when writing.

For example, the colon and semicolon are possibly the most misunderstood and misused punctuation marks in English grammar.

Both punctuation marks help to improve sentence structures but in different ways. A colon is used to introduce information, while a semicolon is used to connect two sentences.

In this article, we’ll look at all the different uses of the colon and semicolon with example sentences for each.

A colon is a punctuation mark that looks like two periods on top of each other (:), while a semicolon looks like a period on top of a comma (;).

Both a colon and semicolon show a pause in a sentence. However, they do this in different ways.

When to Use a Semicolon

A semicolon is used to connect two related sentences. Here are three ways you can use a semicolon to join two sentences.

In the case above, the two sentences could easily stand on their own with a period placed at the end of each sentence. However, since the ideas in the clauses are so closely related, you can use a semicolon instead.

When your sentence consists of two independent clauses that are linked by a transitional phrase or conjunctive adjective, you can either use a semi colon or a period between the two clauses. Some examples of transitional phrases are after all, as a result, and even so. Some examples of conjunctive adjectives are accordingly, finally, moreover, and likewise.

If you used more commas to separate the items listed, it would create confusion, so a semicolon is a better option. The semicolon helps the reader to keep track of the separated items. 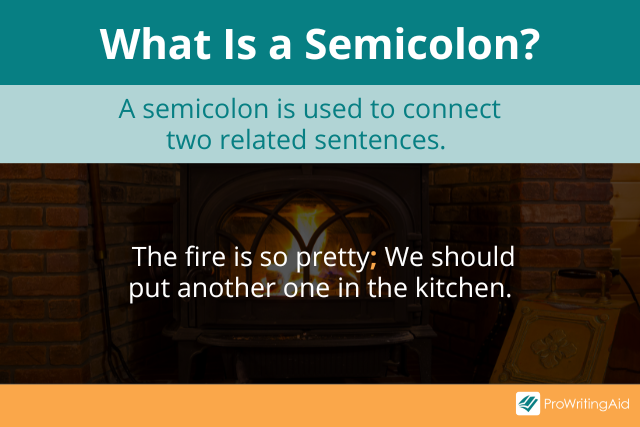 Now you know the do’s of using a semicolon, let’s look at two don’ts.

1) Don’t use a semicolon and a conjunction

Conjunctions are used to connect independent clauses much like semicolons. They serve the same purpose, and should therefore never be used together in the same sentence. For example:

Incorrect: This work isn't mandatory; but we still need to prove we've done it.

Correct: This work isn't mandatory, but we still need to prove we've done it.

Correct: This work isn't mandatory; however, we still need to prove we've done it.

2) Don’t use a capital letter after a semicolon

Even though both clauses being separated by a semicolon could stand on their own, you shouldn’t start the second clause with a capital letter. The only exception is if the first word in the second clause is a proper noun.

Incorrect: Charlie really loves tacos; They may be his favorite food in the world.

Correct: Charlie really loves tacos; they may be his favorite food in the world.

Here are some more examples of how to use semicolons in sentences for each of the instances we mention above.

When to Use a Colon

The colon has several functions. It introduces independent clauses that explain or amplify the previous clause. It can introduce words, phrases, lists of items, explanations, and elaborations.

You can think of a colon as another way of saying “that is to say” or “here’s what I mean.” A colon also performs mechanical or non-sentence functions.

Let’s look at each function of a colon.

1) To introduce additional information, such as a list, quotation, or a noun or noun phrase.

A colon is often used to introduce information. The colon helps draw attention to the items it precedes, whether that be a list, quotation, or noun.

If you have written two related sentences that are independent, you can connect them with a colon. Sentences are related when the second sentence gives more information on, gives related examples to, or rephrases the first one.

Only capitalize the first letter after the colon if it’s a proper noun or a quotation. But if you ever make a mistake, ProWritingAid can correct any instances of incorrect capitalization.

3) A part of writing mechanics

Let’s look at the six mechanical uses of the colon. 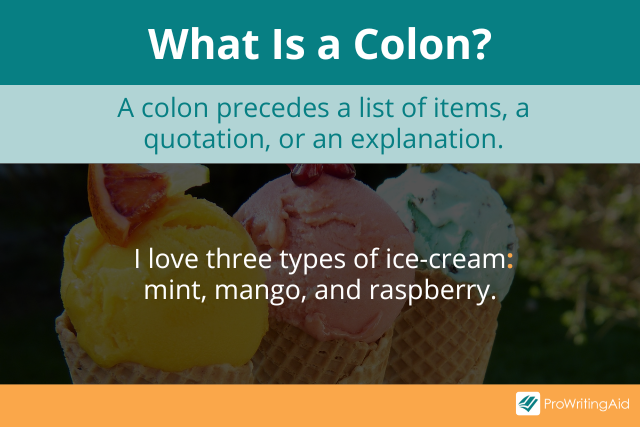 Let’s look at some more examples of how to use a colon.

3) A part of writing conventions

Conclusion on Semicolon vs Colon

The semicolon and colon are commonly misused punctuation marks, but knowing the basics will really help.

Just to recap, a colon is used to introduce, clarify, or explain the preceding information. A semicolon is used to connect two independent clauses that can stand on their own but are related in some way. 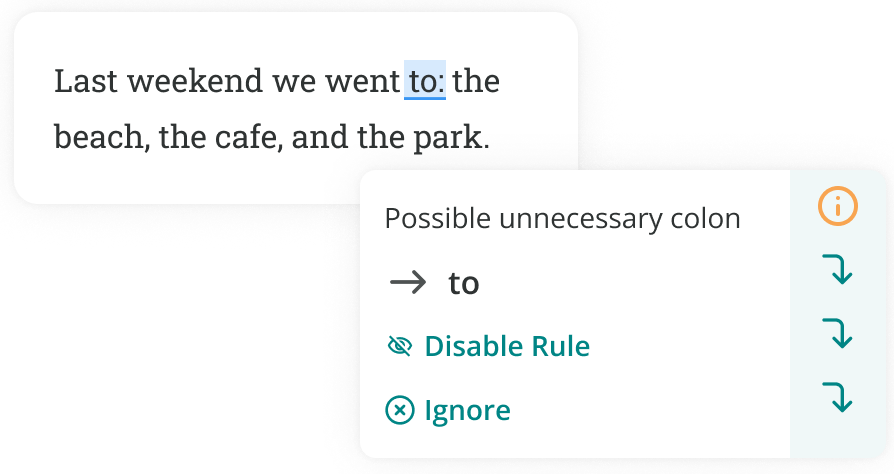 Punctuation use can be tricky because there are so many rules. Always use ProWritingAid to show you where you might have misused any punctuation mark. See where might have a comma splice so you can add a semicolon. Or see if you’ve used a colon unnecessarily so you can remove them.