Grammar vs Syntax: What's the Difference? 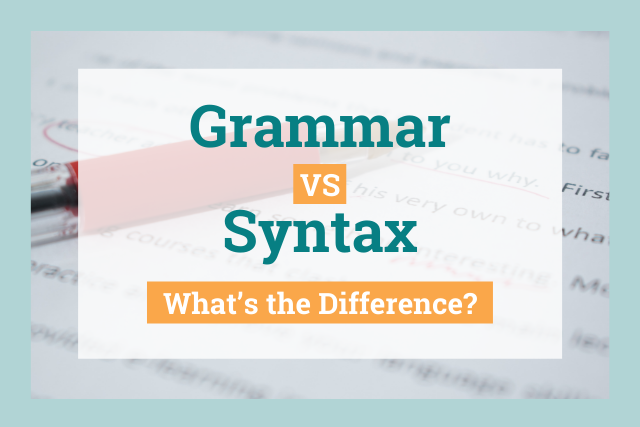 Grammar and syntax are not synonymous, but they are related.

Grammar represents an entire set of rules for language, and syntax is one section of those rules. Think of syntax as a chapter in a grammar book.

What’s the Difference Between Syntax and Grammar?

Syntax is a subdivision of grammar.

Grammar comprises the entire system of rules for a language, including syntax. Syntax deals with the way that words are put together to form phrases, clauses, and sentences. 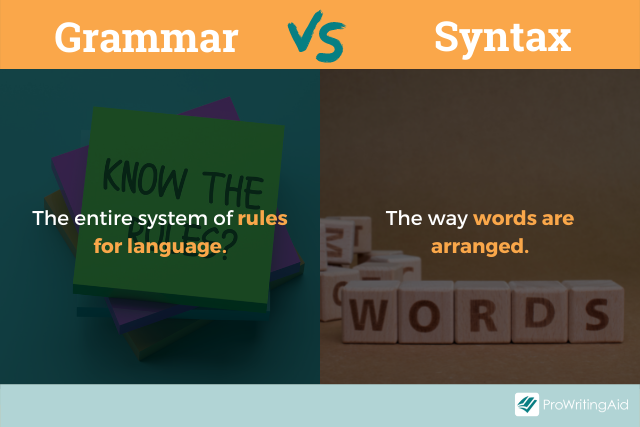 Grammar is the set of rules a language follows to convey meaning. Grammar is a broad term that encompasses more specific areas of study including: 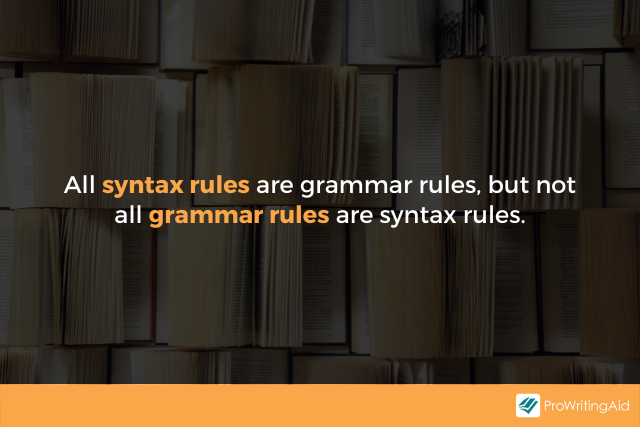 There are two classifications of grammar: prescriptive and descriptive. 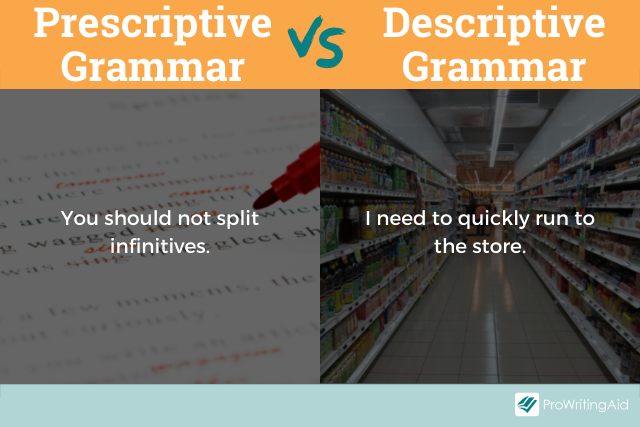 Prescriptive grammar represents how the rules of a language should be used.

There are thousands of grammar rules, and it is challenging to learn them all. Use a grammar checker like ProWritingAid to make sure you don’t make any grammatical errors, such as including comma splices.

Start using the right punctuations with a free ProWritingAid account

Descriptive grammar describes how the rules of language are actually applied (or not) by speakers.

For example, if a person says, “I don’t believe nothing you say,” their sentence is improperly constructed according to the rules of prescriptive grammar, which don’t allow for double negatives (“do not” and “nothing”).

However, descriptive grammar recognizes that the sentence, even with the double negative, represents a common use of language. Despite the rule-break, those involved in the conversation will likely understand the speaker’s meaning.

Syntax is the part of grammar that focuses on how words are combined to form phrases and clauses and how those components are then arranged into meaningful sentences. 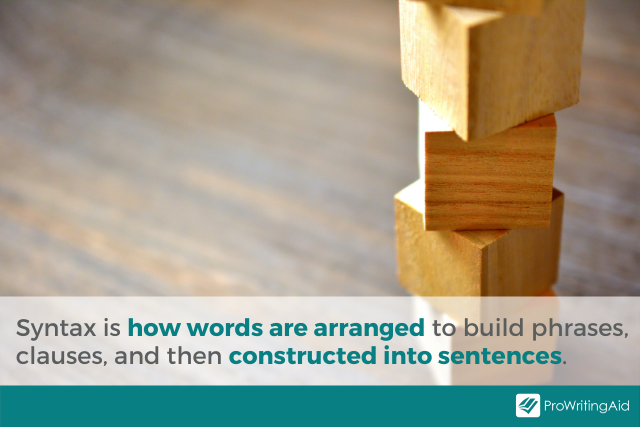 There four are types of sentences: simple, compound, complex, or compound-complex sentences. Each of these contains a subject, a verb, and a complete thought.

Good writers vary the structure of their sentences to add interest and tone to their work. You can use ProWritingAid’s Sentence Structure Report to recognize patterns in your sentence structure, acquire suggestions for adding variety, and avoid writing errors. 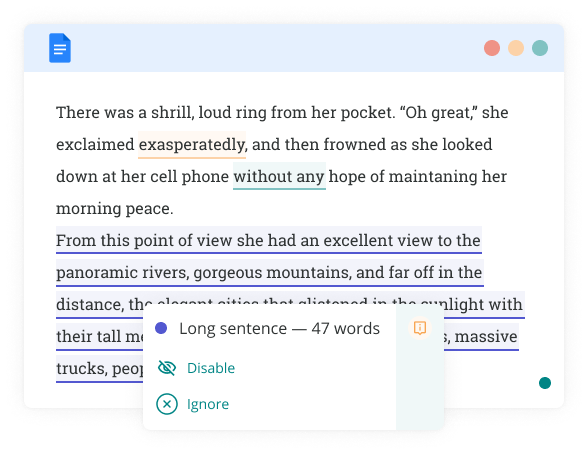 The order of words, phrases, and clauses affects the meaning of your sentences. The below sentences contain the same words, but have different meanings. 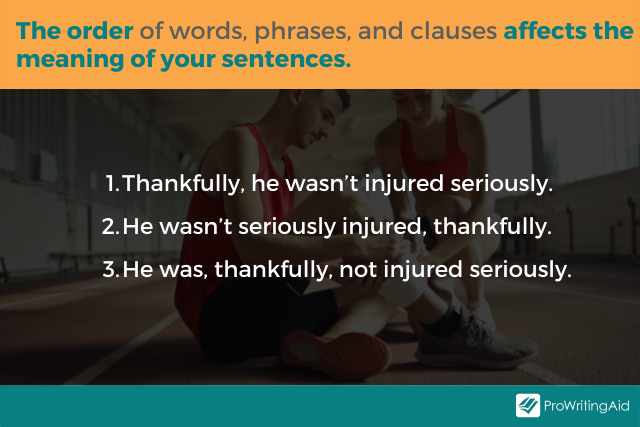 What Is the Relationship Between Grammar and Syntax?

Syntax is one of the four parts of grammar, along with phonology, morphology, and semantics.

Both grammar and syntax are essential for meaning in written language.

Both sets of rules define the tone of every written piece. Each rule can be broken for stylistic purposes, but this should be done carefully so as not to obstruct the meaning. 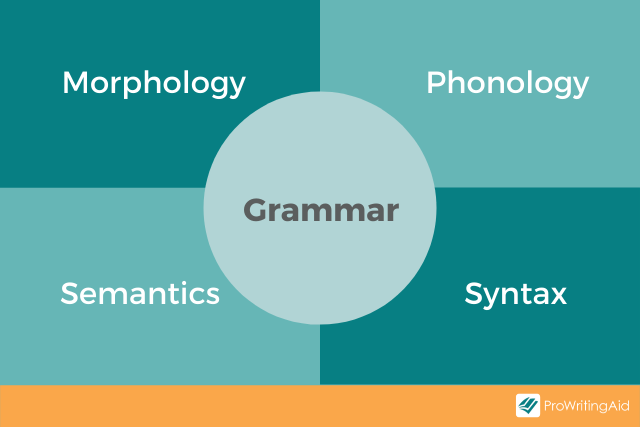 Conclusion on Grammar vs Syntax

The way that words are ordered is just as important as the words themselves. Syntax is what defines that order.

Grammar is a comprehensive set of rules for using language to convey meaning. Syntax is a crucial part of grammar, without which words would not make sense.