Wont vs. Won’t: What’s the Difference? 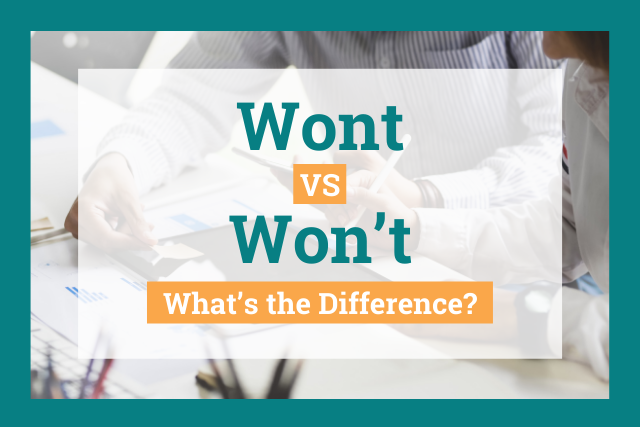 One of the most common grammar mistakes is to forget to use an apostrophe in contractions.

If you do that with the word won’t, you’ll change the meaning of the sentence.

This article will explain the difference between wont and won’t and help you remember when to use each.

Wont vs. Won’t: With or Without an Apostrophe?

Should you be using wont or won’t in your writing? Let’s look at the meaning of won’t and wont in more detail.

Definition and Meaning of Wont

According to the Oxford English Dictionary, wont is an adjective that means "in the habit of doing something" and a noun that means “something a person often does." 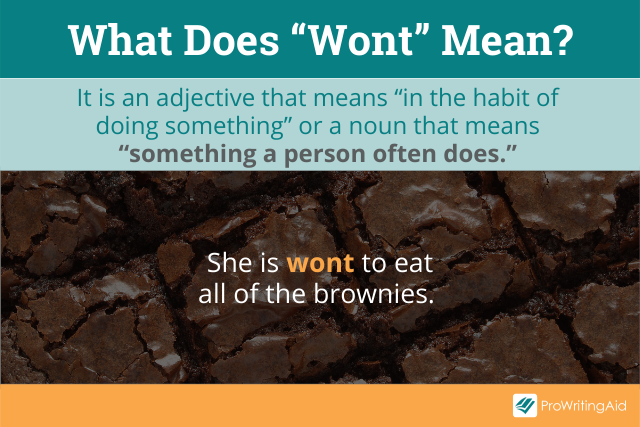 We say someone is wont to do something when they have a habitual custom of doing that thing.

Definition and Meaning of Won’t

Won’t is a contraction of will not. 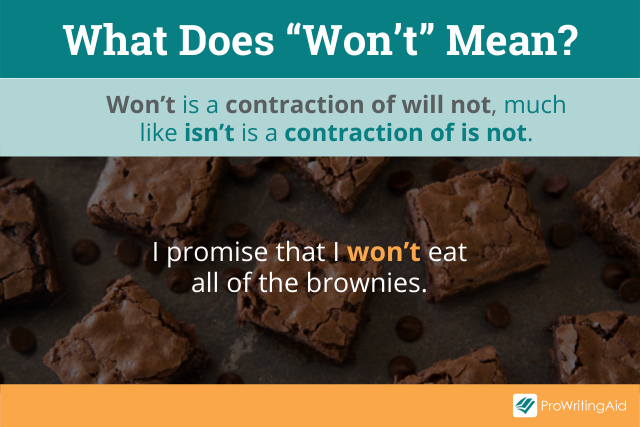 For example, you could replace “I will not do that” with the less formal “I won’t do that.” Both sentences mean the same thing.

You can remember that won’t (meaning will not) uses an apostrophe because all contractions require an apostrophe, which signals one or more missing letters.

Think of the apostrophe as a way to help bridge the two words together.

ProWritingAid can help you catch instances where you mix up won’t and wont, so you don’t have to worry about forgetting the apostrophe.

Examples of Wont or Won’t Used in a Sentence

“Ms. Jenkins reached his desk, her mouth a thin line. As was her wont, she appeared to have applied her makeup rather liberally in the dark without the benefit of a mirror. The heavy rouge on her cheeks was magenta, and the lipstick looked like blood.”—T J Klune, The House in the Cerulean Sea

“The teacher has not yet arrived, indolent wretch! Yet why do they not move, you ask? Why do they not pelt each other with erasers or crack jokes about the stock market, as the spoiled offspring of the affluent are wont to do?”—Catherynne M. Valente, Palimpsest

“She said there’s this thing called escalation of commitment. That once people have invested a certain amount of time in a project, they won’t quit, even if it’s no longer a good deal. Even if they’re losing. War is like that. No one wants to admit they’re losing. To end a war, you have to give them some way to save face, to pretend the sacrifice was worth it.”—Kameron Hurley, The Light Brigade

“If you fall in love with someone, there’s a good chance the person won’t love you back. Hatred, though, is usually mutual. If you despise someone, it’s pretty much a given they’re also not your biggest fan.”—Sylvain Neuvel, Sleeping Giants

“And when I say she wanted to be the mother of the emperor, I don’t mean that she wanted me to be emperor. She wanted her son to be emperor. And she has always gotten very angry at people who won’t play the roles she puts them in.”—Katherine Addison, The Goblin Emperor 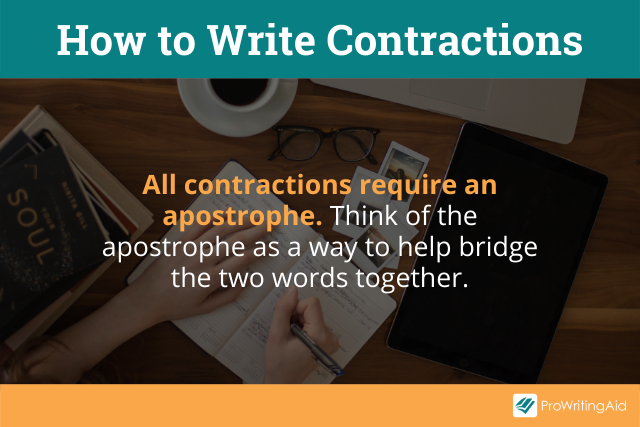 Remember that you won’t confuse your readers with a misspelled word, as long as you are wont to use an apostrophe with contractions.