Who vs. Whom: How to Use Them Correctly 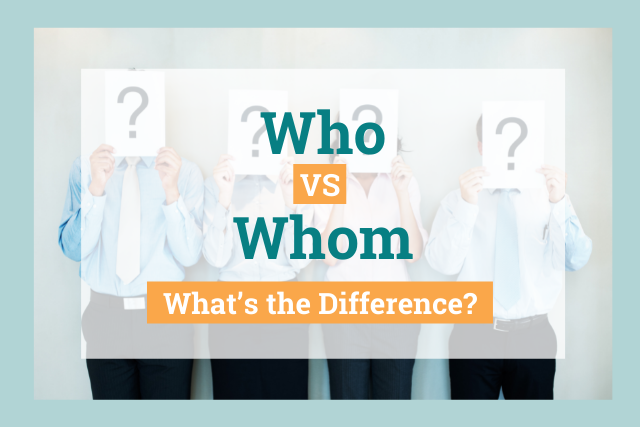 Who and whom are commonly confused words. In fact, many native English speakers don’t know the difference between them.

If you want your writing to sound professional, getting words like who and whom correct is important. Let’s look at these two words in more depth to understand how they work in a sentence.

The Difference Between Who and Whom

Who and whom have the same meaning and are both often used in questions, but in different ways. To choose the correct word, you need to know whether you are referring to the subject or object of the sentence. 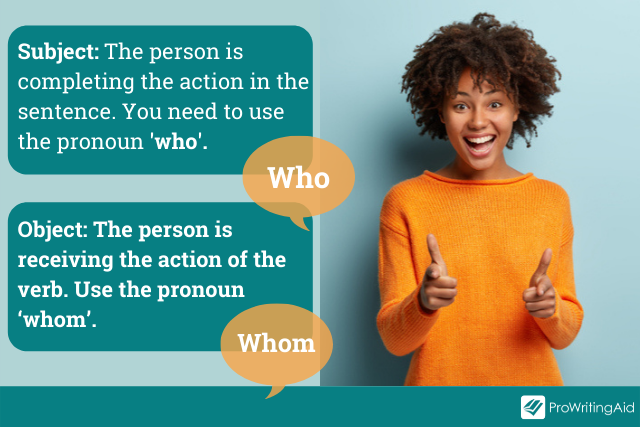 Let’s look at two examples to spot the difference between the subject and object.

In sentence A, you could answer with a person’s name, or with a subject pronoun like she or he. The people are the subject of the sentence.

But in sentence B, whom is the object of the verb invite, and you would answer with an object pronoun like him or her. 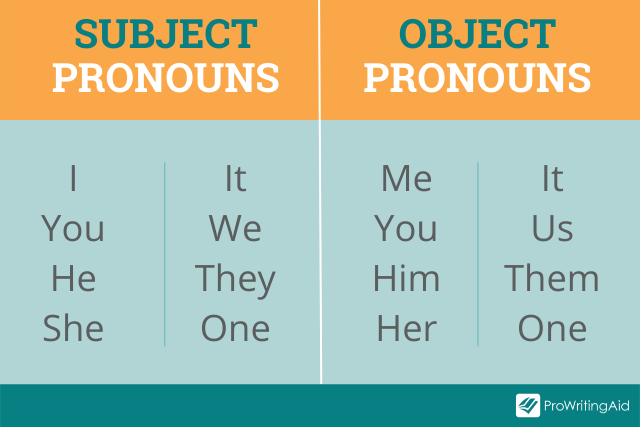 Let’s check out another example of how to turn a sentence into a question with the word whom:

In this sentence, Tony is doing something; he’s eating. That means he’s the subject of the sentence. You could replace Tony’s name with who to form a question:

If we wanted to use whom, we can flip the original sentence and make the sandwich the subject and Tony the object.

Now the subject of the sentence (the sandwich) is not performing the action. The sandwich isn’t the one doing the eating! We could replace Tony with whom to ask the question:

When to Use Who (Examples in a Sentence)

Not sure if you should use who? Don’t worry; there’s a simple trick to help. All you have to do is see if you could answer the question you’re posing with he or she or they. If you could, then who is correct.

Which of these sentences is correct?

Try answering this question by adding she or he in the answer:

Because you can use she, sentence A is correct: Who ate my snack? 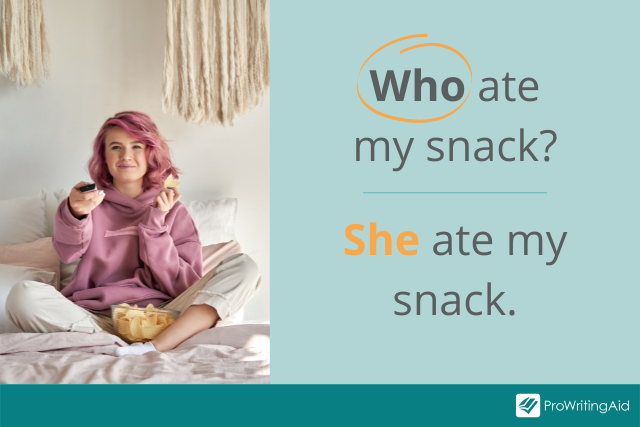 Here are some other example sentences with who:

When to Use Whom (Examples in a Sentence)

So what about when to use whom? Just like in the example above, try answering your own question. If you have to use him or her or them in your reply, you’ll need to use whom.

Which of these sentences is correct?

You can only reply to this question by using him, her, or them: 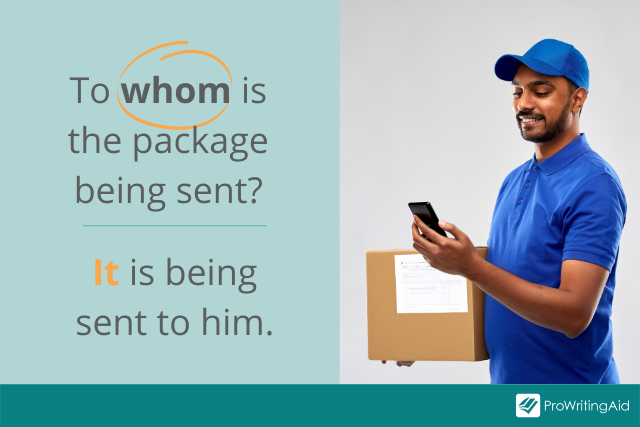 That makes the correct answer sentence B: To whom is the package being sent?

Here are some more examples of whom in a sentence:

Another useful tip is to remember that whom is always used instead of who after the prepositions to, for, with, and of. Here are some examples of whom after a preposition:

Many native English speakers don’t use whom at all, thinking it sounds old-fashioned and pretentious. Instead, they will use who for both the subject and object of a sentence. This isn’t correct, but most native English readers won’t notice the error.

If you’re having a conversation with someone, you may spot them using who rather than whom. While this is fine when speaking, it’s always best to use the correct form in writing, especially in professional settings.

On the flipside, some English speakers use whom instead of who in an attempt to sound sophisticated or formal. This is something to avoid, especially in legal and academic writing where this mistake will be obvious. Often, using whom in error to sound intelligent backfires and makes you sound less educated.

Using ProWritingAid’s grammar checker will help you identify if you used who when you meant whom. The English language is hugely complicated so ProWritingAid can give you peace of mind that your writing is error free.

Conclusion on Who vs. Whom

Now we’ve fully explored the differences between who vs. whom, let’s recap the simple ways you can tell which one you need. 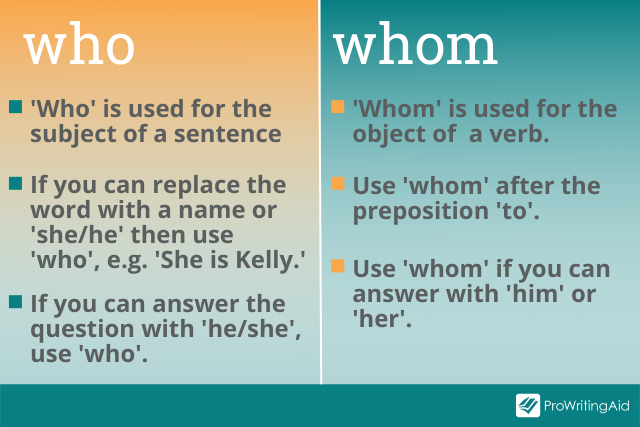