To the T: Definition, Explanation, and Meaning 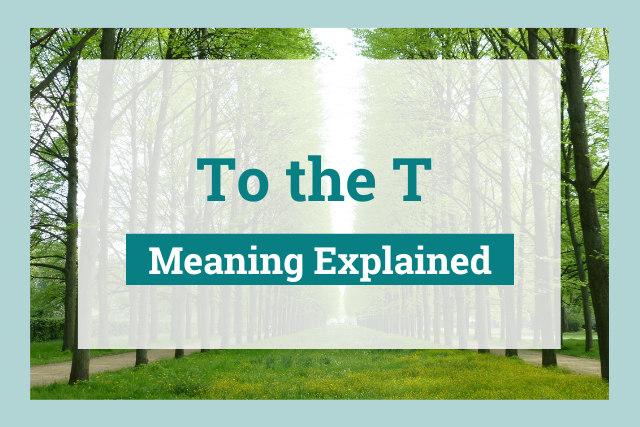 If something fits you “to a T,” you might wonder what that means. The phrase “to a T” or “to the T” means that something is perfect.

If you want to learn how to use the idiom “to a T,” you’re going to need some more context.

In this article, we will discuss the definition and meaning of the phrase “to the T,” as well as how to use it in a sentence.

To the T Definition

“To a T” is sometimes written as “to the T,” “to the tee,” or “to a tee.” These phrases mean exactly the same thing, but the most commonly accepted way to write the idiom is “to a T.”

The expression “to a T” means that something is exactly right. If something describes you “to a T,” it means it’s a perfect description for you. 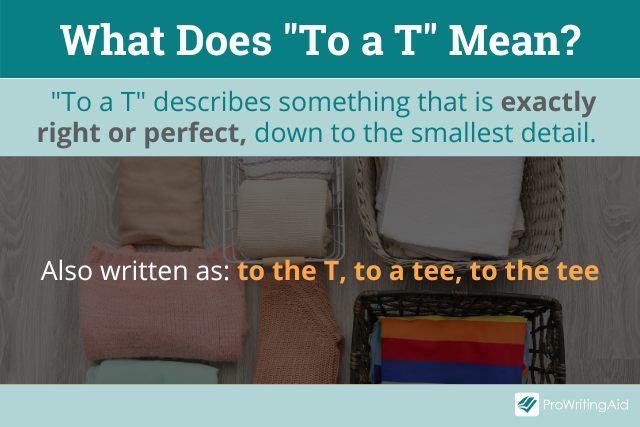 If you have mastered something “down to a T,” you’ve figured it out down to the smallest detail.

If something “fits you to a T,” it’s usually a non-literal fit. The phrase isn’t about clothes fitting you. It’s about something describing you precisely.

Phrases like “to a T” are quite common because they’ve been around for so long.

Using a cliché expression can make your writing sound tired and trite.

ProWritingAid’s Clichés Report will highlight overused idioms so you can spice up your writing with fresher language. 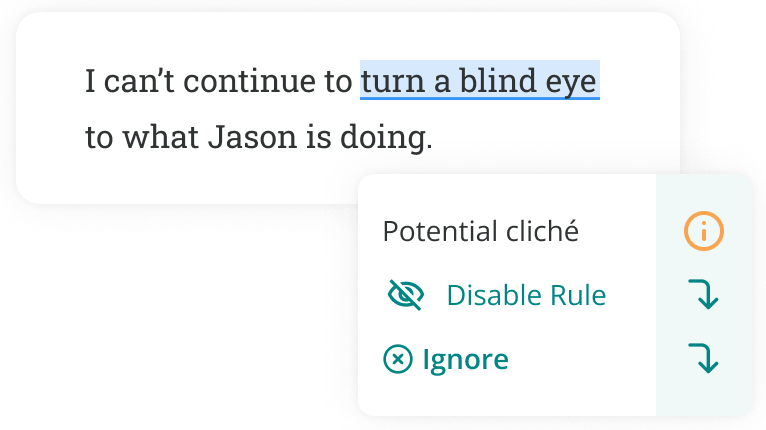 To the T Meaning

So, what does the T in “to the T” mean? Unfortunately, this is one of those expressions that no one really knows the origins of.

Some people think the phrase references a t-shirt because we often say, “fits you to a T.”

Other people have speculated that it refers to a T-square measuring tool, as something fits you like a precise measurement.

People have even thought the phrase references golf tees because they are so small, and the expression means something is perfect to the tiniest detail.

None of these theories really make sense. “To a T” is an old phrase: it dates to around the 1690s. T-shirts are a twentieth century invention, and the T-square also showed up well after the expression.

While golf tees are from the right time period, “tee” is actually a misspelling. The correct form is the letter T.

The first known written appearance of “to a T” is from James Wright’s The Humours and Conversations of the Town, published in 1693. But the phrase was likely used before this.

Many scholars think the expression comes from an early phrase, “to a tittle.” A tittle is a tiny mark or small stroke, such as an accent mark or the mark above a lowercase i or j.

“To a tittle” appeared in 1607 in a play called The Woman Hater by Francis Beaumont and John Fletcher. The line said, “I’ll quote him to a tittle.” It’s likely that the phrase evolved to be “to a T" as the word tittle became less common.

The phrase “to a T” often follows words like suit, fit, or describe. Let’s check out some examples of how to use this phrase in sentences.

It’s common to see the expression “down to a T.” But is it correct to say the phrase with or without “down?”

It’s correct either way. Adding “down” to the idiom is a way of adding emphasis to the phrase. In other words, if something describes you “down to a T,” it doesn’t just fit you well: it fits you down to the tiniest detail.

As far as spelling goes, the correct way to write it is with the letter T. However, the misspelling of “tee” dates all the way back to the 1760s! It’s been misspelled so often that it’s acceptable to use this spelling, too.

Should you use “the” or “a” in the expression? Originally, the phrase used “a,” and most people consider this to be the correct way.

But because it’s been around for centuries, people have messed it up for just as long. It’s fine to write it with “the.”

It’s always interesting when common expressions like “to a T” have a long, muddy history. If you use “to a T” in your writing, most people will know what you mean.

But you can always find a new way to liven up your writing rather than using this cliché.