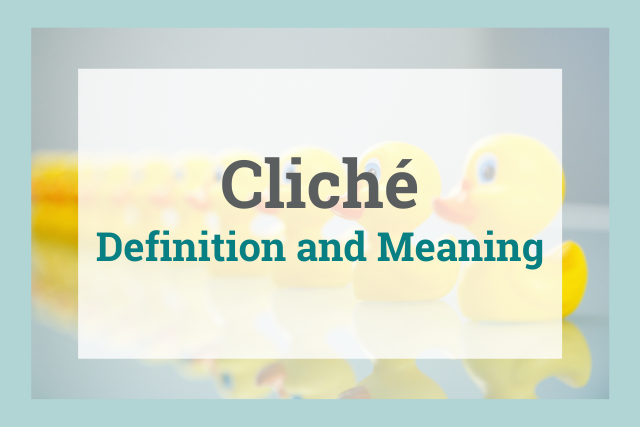 "That’s so cliché!" If you’ve ever heard someone say this phrase, you’ve probably wondered what it means. Ironically, that phrase has itself become a cliché!

A cliché, also written as cliche, is a type of common phrase we prefer to avoid when we’re writing. Keep reading to find out what they are and why they’re best to avoid.

What Is a Cliché?

A cliché is a tired, stale phrase or idiom that, because of overuse, has lost its impact. What was once a fresh way of looking at something has become a weak prop for writing that feels unimaginative and dull. Clichés are what you write when you don’t have the energy or inspiration to think of a new way to express an idea.

Clichés might be phrases that are similes or metaphors. They might also be idioms, which are figures of speech that over time lost their original meaning in order to mean something else. Sometimes, a cliché is a stereotyped expression, a platitude, a proverb, or even a trope. 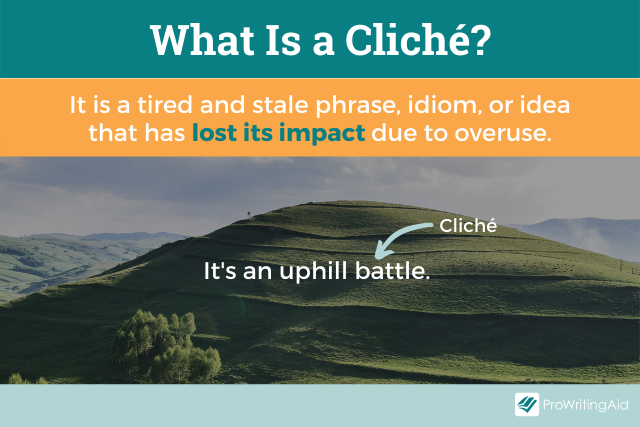 Sometimes clichés are so inherent in our vernacular that they appear in our content without thought. How many times have you relied on any of the following phrases, whether in conversations or in your writing?

These are a few of the tried and true (there’s another one) clichés that wiggle into our work, but add nothing to our conversations. Time and again (cliché), we resort to a cliché instead of stretching to find our own unique voice. We’ve curated a list of clichés for you to go through. Which ones do you know? 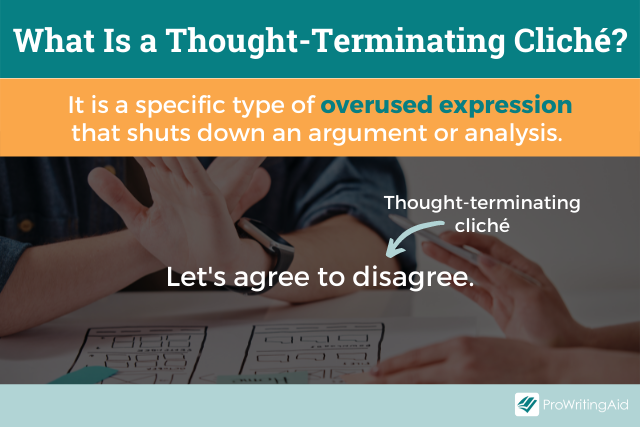 A thought-terminating cliché is a specific type of overused expression that shuts down an argument or analysis. Robert Jay Lifton coined the phrase in his book Thought Reform and the Psychology of Totalism. Phrases like these are "thought stoppers." They discourage people from continuing to question, analyze, or argue a point and are often used to discourage debate in harmful ideologies.

Here are some examples of thought-terminating clichés:

A thought-terminating cliché like these shut down arguments without valid, rational reasons and can be dismissive or even insulting. 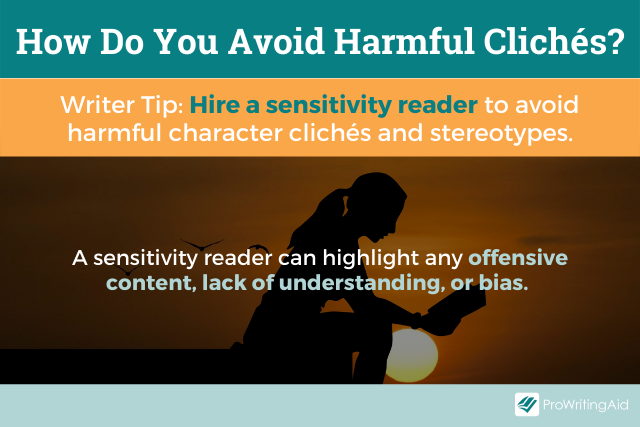 Ideas, characters, and plots can become cliché over time. One example is the Mary Sue, a shy, nearly perfect girl who doesn’t know how pretty or talented she is and doesn’t have much personality beyond those traits.

Character clichés can also be stereotypes that are rooted in racism, sexism, queerphobia, or other harmful ideas. Try to remember that groups of people are not one-dimensional. It’s also a good idea to hire sensitivity readers to avoid harmful clichés.

Merriam-Webster defines cliché as: "a trite phrase or expression: also, the idea expressed by it; a hackneyed theme, characterization, or situation; something that has become overly familiar or commonplace."

Origin of the Word "Cliché" 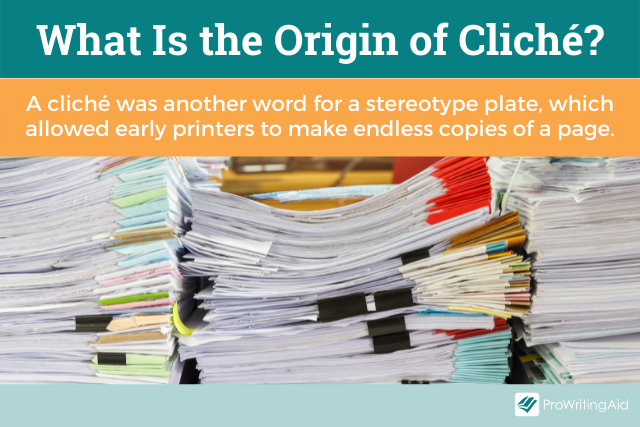 The word cliché is actually an idiom in itself! Cliché was originally a word for a type of stereotype plate in printing. The metal plate "clicked" when struck by the mold. Cliché was the noun form of the French verb "clichér," which meant "to click."

In the late 1800s, cliché became synonymous with an overused expression, similar to how such a plate could make endless copies of the same thing.

Cliché largely has negative connotations now, and for good reason. However, clichés aren’t all bad. When it comes to cliché tropes, every reader has their favorites! Some people will read an enemies-to-lovers romance or Chosen One fantasy over and over!

Cliché just means a phrase or idea that has become very common. But overused phrases can be detrimental to your writing. Let’s dive into why and how you should avoid them.

Why You Should Avoid Clichés in Your Writing

In his essay "Politics and the English Language," George Orwell outlined six Rules for Writing. The first rule is: "Never use a metaphor, simile, or other figure of speech which you are used to seeing in print."

We often use figurative language to make an impact on our readers. But when phrases are overused, readers will gloss over them. They lose their impact.

Taking the time to think of a better phrase with the same meaning can interrupt writing flow. When you switch to editing mode, go back to those clichés and brainstorm for inventive new ideas. A good writer may create and reject over a dozen images before finding the right one, so don’t worry if it takes you a while.

How to Find Clichés in Your Writing

How can you tell when you’re using a cliché? One method is to slowly read your work out loud and try to develop mental pictures of your content. Are your points specific and clear, or do some ideas appear vague? If so, you might have used a cliché.

We think the best way to detect clichés in your writing and avoid “cliché creep” is by using ProWritingAid’s (free) Cliché Check report. The report will analyze your content and find those phrases that you might not have even realized were clichés.

When a Cliché Is Okay

Sometimes, a cliché really is the best way to say something. Because they’re so common, clichés can be a great way to explain an idea simply. Everyone knows what they mean, after all!

A cliché can also help you connect with a specific readership by using language they are familiar with. Be careful not to use too many clichés when you’re trying to build that connection, though!

What are some of the clichés you tend to use in your own writing? Can you think of a new way to say the same thing?