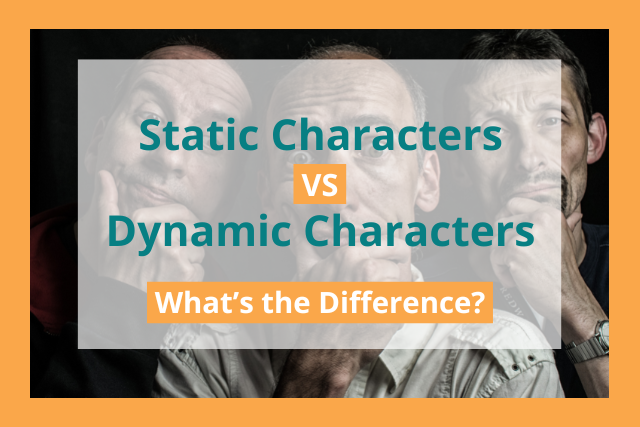 One particularly useful categorization is static vs dynamic characters. Understanding this core difference can help you study character development and bring your characters to life.

So what’s the difference between static and dynamic characters? 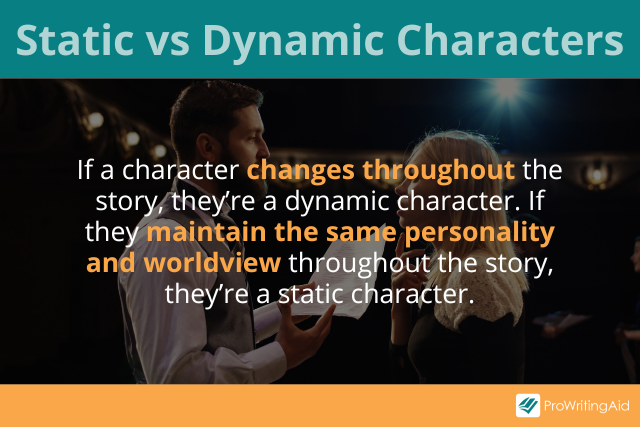 This article will give you a complete guide to static and dynamic characters, including examples from literature and how to create character development in your own stories.

A static character is a character who stays the same throughout the story.

Often, secondary characters who play supporting roles in a story will be static characters, since the story doesn’t focus on them. They might help the protagonist grow, provide an obstacle to the protagonist’s goals, or act as a foil to demonstrate how much the protagonist has changed.

However, main characters can be static characters too. This is often the case in stories where the protagonist embodies some central value that never changes.

For example, Superman is a symbol of justice, optimism, and hope. His core character traits, and the values he represents, stay constant throughout his battles and adventures.

It’s important to remember that a static character isn’t the same thing as a flat character. Flat characters are two-dimensional and lack complexity. A well-written static character should be a round character, with complex layers and flaws, even though they don’t undergo significant changes.

A dynamic character is a character who changes over the course of a story. The plot shapes them in some way, forcing them to grow and adapt.

Some dynamic characters change in positive ways and become better people by the end of the story. Positive arcs are common for protagonists in stories with happy endings.

Other dynamic characters change in negative ways, sinking further into their flaws. Negative arcs are common for protagonists in stories with tragic endings. They also make for fantastic villain backstories.

Regardless of what the inner change is, it must be created by the events of the plot. Dynamic characters shouldn’t be dynamic for no apparent reason—the story must force them to grow.

Differences Between Static vs Dynamic Characters

There are several key differences between dynamic and static characters: 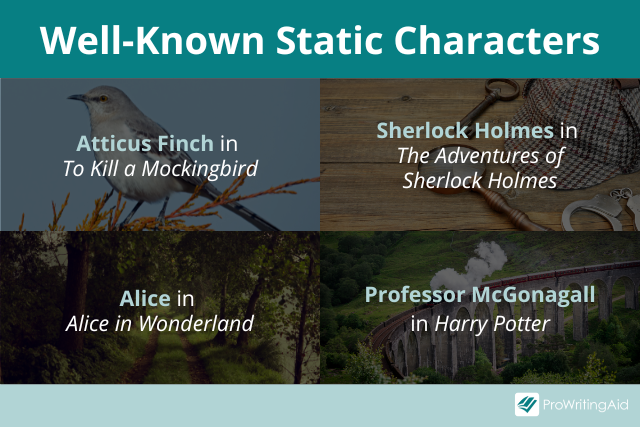 Sherlock Holmes is arguably the world’s most iconic detective. He’s most famous for his incredible deductive powers and his tendency to show off.

Sherlock is also a well-rounded character, in that he has many deeper traits aside from his most famous ones. For example, he lacks all common knowledge that isn’t pertinent to his cases, uses cocaine regularly, and plays the violin beautifully.

All of Sherlock’s character traits, both the famous ones and the more subtle ones, remain the same throughout the countless mysteries he solves. These unchanging characteristics make him memorable and immediately recognizable.

Alice, the main character of Alice in Wonderland, falls through a rabbit hole and ends up in a fantasy world full of talking animals.

When she returns to her own world at the end of the book, she’s still essentially the same person she was when she left. “Oh, I’ve had such a curious dream,” she says when she wakes up. It was a wonderful dream, but one that left her ultimately unchanged.

In his article “Alice on the Stage” from 1887, Lewis Carroll described Alice as “loving and gentle”, “courteous to all, high or low”, and “wildly curious, and with the eager enjoyment of Life that comes only in the happy hours of childhood.”

These core personality traits remain the same throughout the story, making Alice a timeless symbol of childhood wonder and adventure. 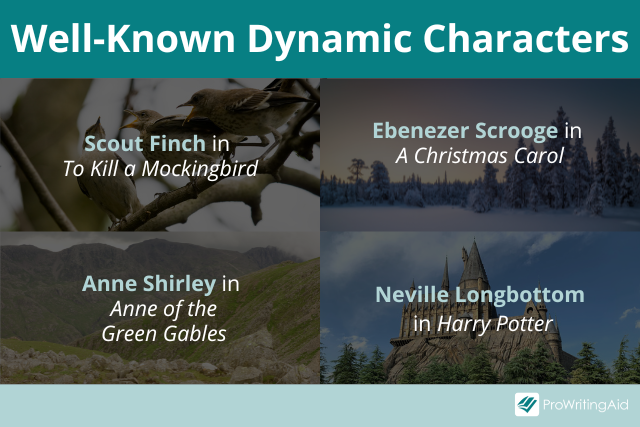 She’s garrulous, chattering about everything her active imagination can dream up. She’s vain, constantly worrying about her red hair. And she has a terrible temper, even cracking a slate over a classmate’s head when he calls her “Carrots.”

Throughout the book, Anne grows into a mature young woman. She learns to control her temper, talking things out instead of reacting in anger. She also becomes less vain, focusing more on her studies and her friends than on her red hair.

Even after she grows up, however, she still has her joie de vivre, her passionate optimism, and her active imagination, which make her the Anne Shirley that millions of readers know and love.

In the first Harry Potter book, Neville is an awkward, anxious boy who constantly misplaces things and performs poorly in his classes. He shows courage when he stands up to the protagonists as they’re sneaking out of Gryffindor Tower, but even then, he serves mostly as comic relief.

Throughout the Harry Potter series, however, Neville starts to become more confident and capable. In the fifth book, he joins Dumbledore’s Army, practices defensive spells, and risks his life to help Harry fight Voldemort.

By the end of the series, Neville has become a true leader. He helps spearhead the fight to protect Hogwarts from the Death Eaters, and he even destroys the last Horcrux so Harry can defeat Voldemort. Neville is a fan favorite among readers because we’ve watched him undergo such a major change.

Tips for Writing a Static Character

If the static character is a comic relief character, make them funny while still ensuring that they’re a well-developed character.

If the static character is the protagonist, you should know the character traits you want your character to embody, and have the world around them challenge those traits. For example, if you want a character who believes the world is fair, have the world throw unfairness at them over and over.

You can even have your protagonist’s static traits begin to influence the world around them, too. Maybe others start playing fair after seeing how your character encounters obstacles.

Tips for Writing a Dynamic Character

When you’re writing a dynamic character, it’s important to give them a meaningful character arc. Begin by deciding the start and end point for your dynamic character, so you can make sure they undergo a significant change throughout the story.

For example, if you want your character to end up being kind and caring, you could have them start off being self-centered and inconsiderate. Or you could create a negative arc by having them start out compassionate and end up selfish.

The bigger the difference between the start point and the end point, the more dynamic and powerful the character arc will be.

Once you know the start and end points, you need to figure out how the conflicts within the story force your character to change. It doesn’t make sense for a self-centered character to wake up one morning and suddenly become kind and caring—you need external events to create that growth.

Maybe the self-centered character hurts someone they love and realizes they need to be more considerate. Or maybe the compassionate character gets hurt by someone they trusted, which causes them to start looking out for themselves.

Finally, remember that some core aspects of a dynamic character’s personality need to remain the same, so readers can still get to know that character well. Choose some personality traits that will remain constant throughout the story.

Conclusion on Static vs Dynamic Characters

There you have it—a complete guide to static vs dynamic characters. Both types of characters can be invaluable for writing a successful story.

Who are your favorite static and dynamic characters in books and movies? Let us know in the comments below.

Interested in learning more about character development and conflict? Check out our article about man vs self conflicts.