Commonly Confused Words: How to Tell the Difference Between Principle & Principal

Principle and principal are two easily confused words because they sound very similar.

At a quick glance, they even look the same which makes their usage even trickier. However, these are pretty distinct words with their own meanings.

What’s the Difference Between Principal and Principle?

Principle and principal are what we call homophones. Homophones are words that sound the same but have different meanings.

Both words take on different forms (e.g. nouns, adjectives), which also mean that they can be used in different ways. 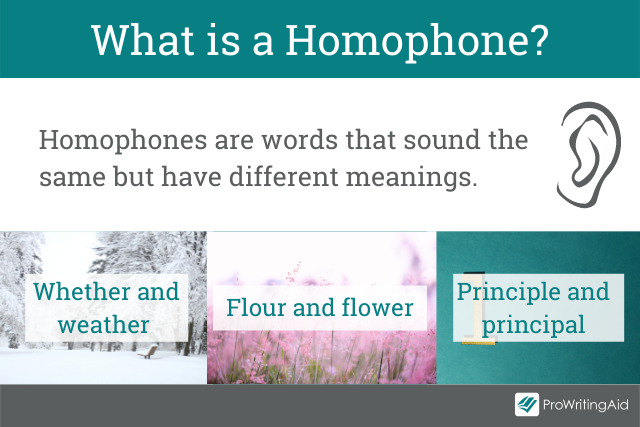 What Does Principal Mean?

Principal can be used as both a noun and an adjective.

Principal as a noun simply means someone who is charge, like a school principal or someone who owns a company. 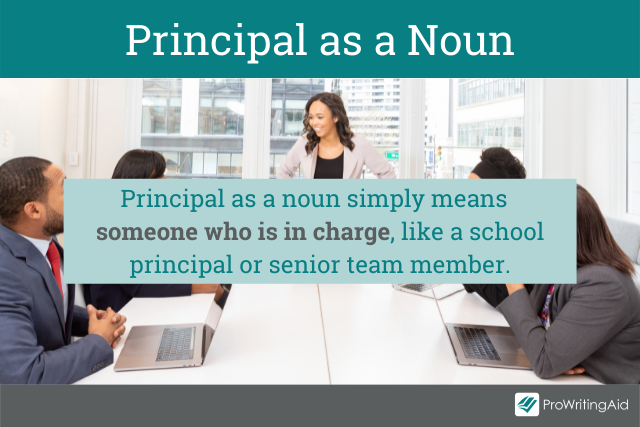 When used as an adjective, it has two meanings:

Principal as a Noun with Examples

As mentioned before, principal is a noun which means someone in charge.

Using Principal to Refer to an Academic Leader

You may have already been used to "principal" being used to indicate the headteacher at your school. Here, principal means the head of a school, college, or other educational institute.

While principals are seen as the disciplinarian figure-head, one would hope that that they are also friendly, aka your pal. This is one way to remember the "pal" ending of the word, and to always get the spelling correct.

If you’re referring to the head of a school, here are some synonyms for principal: 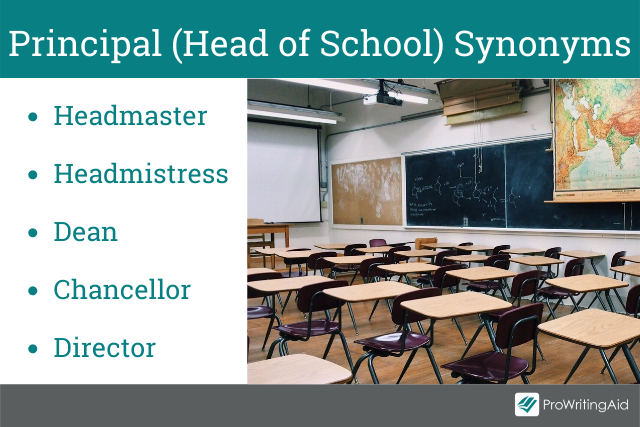 Using Principal to Refer to a Company Leader

Principal is also another word for a company owner or a person who owns a significant part of said company.

If you’re referring to a business, here are some words similar to a principal:

Principal to Refer to a Sum of Money

If you’re into investments then you’ve probably heard principal in that context too. Here, a principal is a sum of money lent or invested, on which interest is paid. 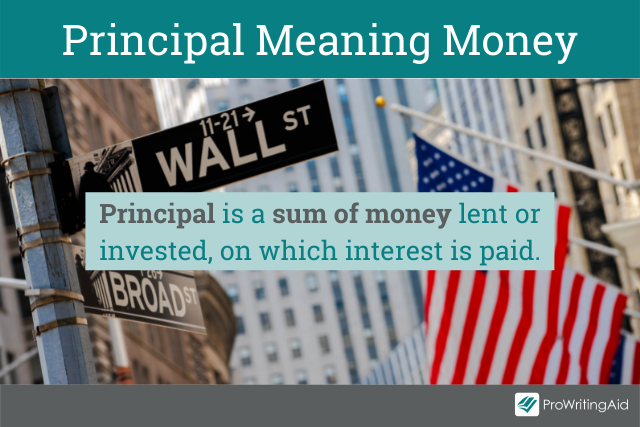 Principal as an Adjective with Examples

Principal is an adjective used to describe the importance of something, typically, the first in order of appearance.

Here are a few synonyms to use in cases like these:

What Does Principle Mean?

Principle is a noun that means a rule or doctrine. But this meaning has different variations based on the context of your sentence. 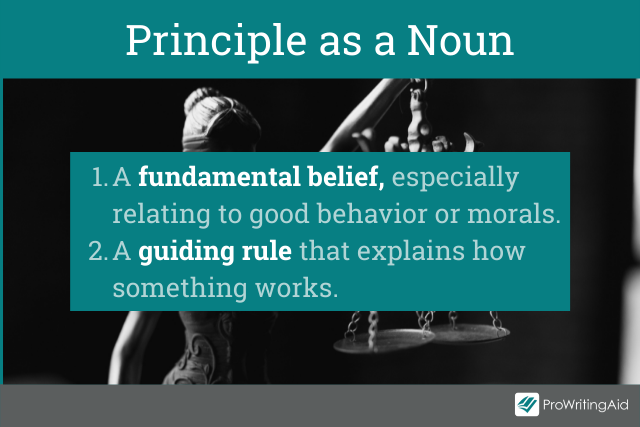 A principle can be:

1. A fundamental belief, especially relating to good behavior or morals.

2. A guiding rule that explains how something works.

If you look around, you'll see that there are countless principles by which countries, businesses and people operate.

For example, within a business a guiding principle might be taking accountability for your own work load. Without this fundamental doctrine, employees might operate in a way that they find appropriate, even if it really isn’t.

On a more personal note, perhaps you decide that you want to be a successful in a particular career. You can look into the principles of success that persons in this career field follow and emulate them yourself.

Are Principles and Morals the Same Thing?

Principles and morals tend to be used interchangeably as synonyms.

For example, if someone says that they’re a fan of your principles, they might also be talking about your morals as well. 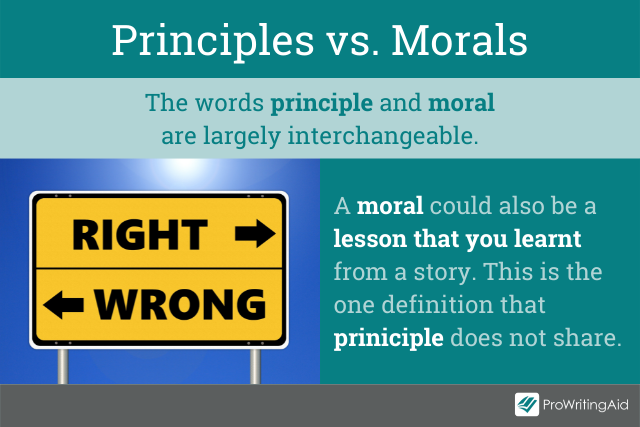 In this case, morals are acceptable ways of behaving. Similarly, principles are a guiding rules on how someone should behave. So really, you can’t differentiate between principles and morals. If anything, morals would be a subset of your principles.

However, if you’re using the word moral to talk about a lesson you learnt from a story or experience—i.e. "the moral of the story"—then you can’t use the word principle. In this case, moral means a specific lesson learned about life and how you should behave.

How Do I Remember the Difference Between Principal and Principle?

Try associating the definition with the ending rather than the word itself. 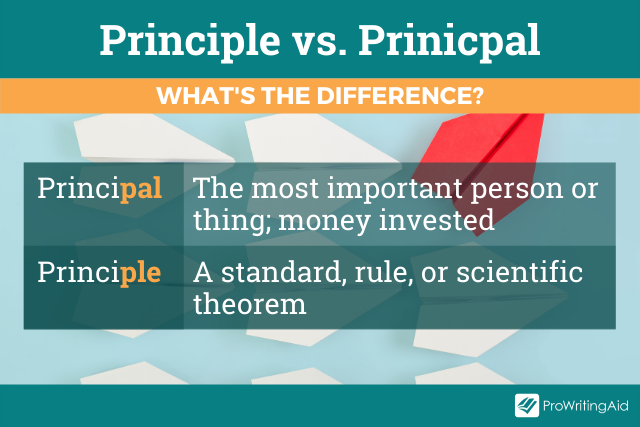 Take a look at this sentence to see the different uses of principle and principal.

Their high school principal was well known for his principles. That’s why the school board trusted his judgement on how the school should invest a principal of $30,000.

If you’re still not clear, don’t worry. You can always come back to this article to refresh your memory.

Typos make your reader lose faith in your writing. If you’re worried about using the wrong word, use ProWritingAid to highlight confused words as you write.

Download the free browser extension to catch this and 1000s of other errors wherever you write.

How Do I Practice Using Principal vs. Principle?

Read these sentences and insert the right word:

Did you get them all correct? Congratulations!

If you didn’t, reread this article and try again.

One of the principles of retaining a fact is repetition. My principal taught me that one!