Can You Start a Sentence With So? 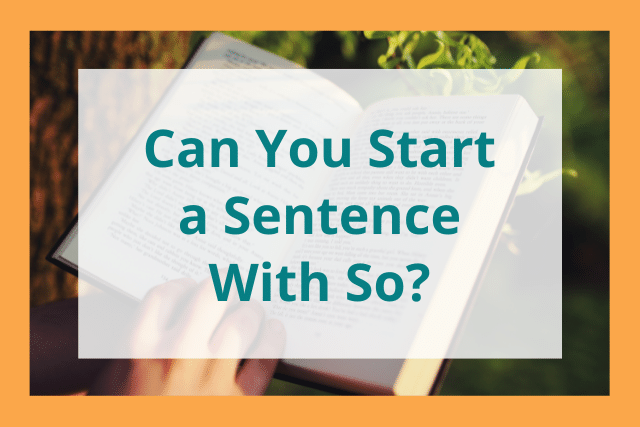 The word so can be a conjunction, a filler word, an adverb, or a pronoun in English. With all these different functions, it can be hard to remember all the grammar rules for so.

Can you start a sentence with so? Yes, you can start sentences with so. But in some formal writing, it might be better to use another word.

Can You Start a Sentence With So?

You can start sentences with so, but the rules on how to do so depend on the function that so is serving.

Usually, coordinating conjunctions connect clauses alongside a comma, but sometimes it’s better to separate the clauses into two sentences. Typically, we do this when the first clause is long to prevent wordy, confusing sentences. 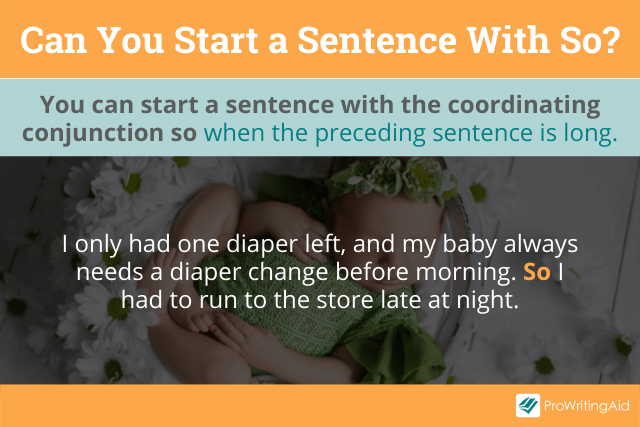 When so acts as a coordinating conjunction (a word that connects independent clauses), it’s synonymous with “therefore.” When you’re using the conjunction so, the sentence that it starts must relate back to the previous sentence.

If you aren’t sure if it’s grammatically correct to start a sentence with so, try replacing it with “therefore” and see if it makes sense.

Here’s an example of a sentence beginning with so:

The second sentence relates back to the previous sentence because it’s showing the effect of the first sentence. If we kept it as one sentence, it would be excessively long. The passage flows better by starting the second sentence with so.

Often, so acts as a filler word at the beginning of a sentence. This is not considered acceptable for formal writing, however. Only use so as a filler word in informal situations. Let’s look at an example: 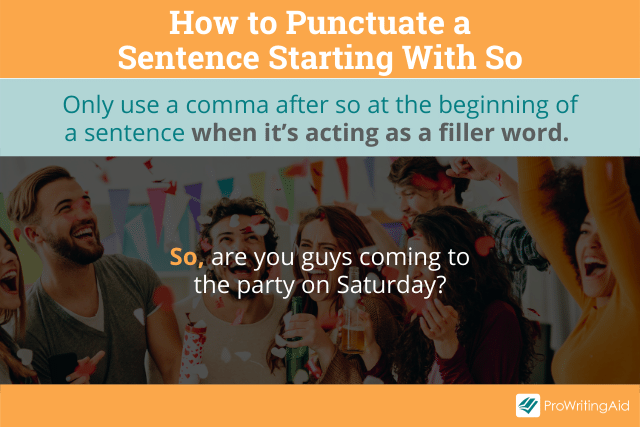 It’s less common to use so as an adverb or pronoun at the beginning of a sentence, but it can happen. Here’s an example of so functioning as a pronoun:

Person 1: Jennifer broke up with Chad.

This is an example of a sentence starting with so as an adverb:

Can You Start a Sentence With So That?

So that is a subordinating conjunction that can start a dependent clause.

Can You End a Sentence with So?

It’s not common to end a sentence with so, but it can be done. It usually happens when so functions as a pronoun. Check out the example below:

You may also see so end a sentence when it’s acting as an adverb. Here are two examples:

Note that so will never end a sentence as a coordinating conjunction.

Examples of Starting a Sentence With So

Let’s check out some examples of starting sentences with so.

The first set of examples will feature two sentences, with so starting the second one, to illustrate so as a coordinating conjunction.

Now, let’s take a look at some examples where so is a filler word at the beginning of a sentence. Notice that these examples have a comma after so.

Finally, here are a few examples of sentences where so functions as an adverb or a pronoun at the beginning of a sentence.

Another Word for So to Start a Sentence

So often sounds informal, even when it’s grammatically acceptable to use in a formal setting. You can always use another word in place of so to begin sentences.

Here are some other words you can use in place of so when it’s acting as a conjunction at the beginning of a sentence: 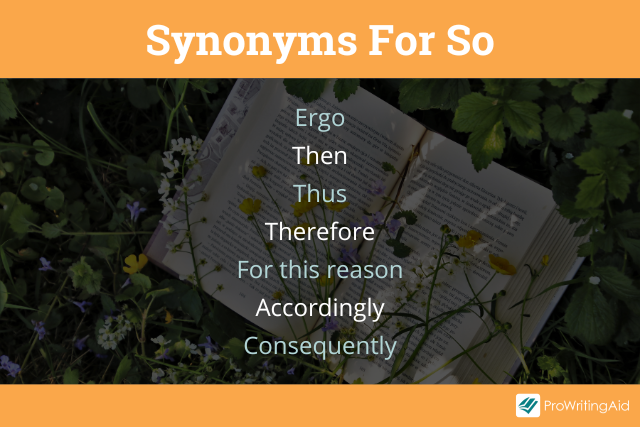 Tips for Using So in a Sentence

The grammatical rules for using a comma with so depend on the function of so.

When using so as a filler word to begin a sentence, place a comma directly after so. You should also put a comma before the filler word so when it appears in the middle of a sentence.

In the middle of a sentence, use a comma before so when it’s acting as a coordinating conjunction. For all other uses of so, no comma is needed.

If you’re using formal language, try to avoid beginning a sentence with so whenever possible. Even if it’s grammatically correct, it can still sound too informal.

If you’re starting a sentence with so as an adverb to add emphasis, ask yourself if that’s the best way to write it. It’s often better to leave off so in these situations. Here’s an example:

Overusing the word so can bog down your writing. Whenever you see so at the beginning of a sentence, ask yourself if you can use a different word, or omit it completely. 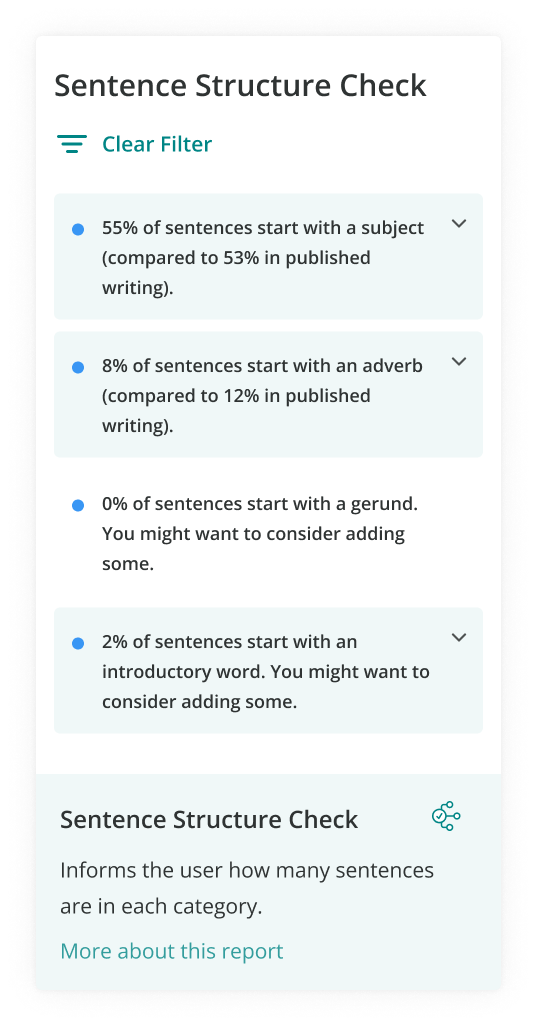 You can use ProWritingAid’s Sentence Structure Report to highlight any sentence patterns you may be overusing.