Can You Start a Sentence with Also? 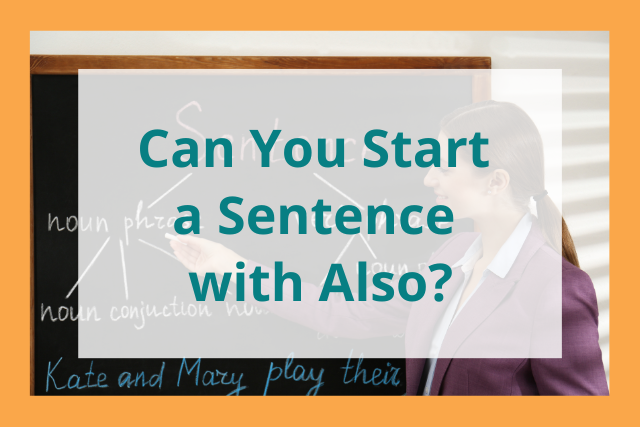 Many people wonder if the English language accepts sentences starting with also.

Read on to learn more about how to use also to start sentences.

How to Use Also in a Sentence

Also is a conjunctive adverb that is used to express addition. Common words with similar meanings include additionally, and, furthermore, as well, and too. 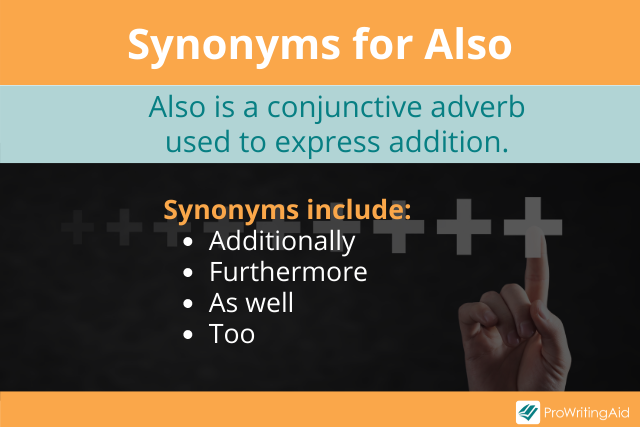 Let’s take a closer look at how to use also correctly, both at the beginning of a sentence and in the middle of one.

Using Also to Start a Sentence

When you use also at the beginning of a sentence, it functions as a linking word to connect that new sentence to the previous one. It adds a new idea that builds on the previous idea and makes it clear the two ideas are related.

For example, imagine you’re trying to explain to someone why you didn’t buy a jacket you tried on at the store.

Your first sentence might be: “The jacket was out of my budget.”

Your second sentence could be: “Also, it wasn’t really my style.”

In this case, the word also links the expensiveness of the jacket to the fact that the jacket wasn’t your style. Using this linking word makes it clear that these two sentences are both contributing to the same point—the explanation for why you didn’t buy the jacket. 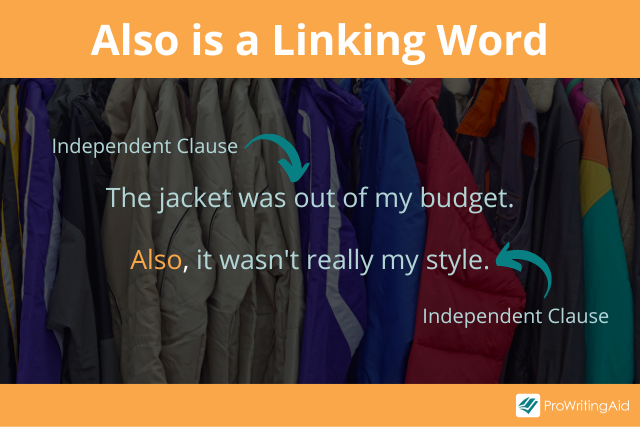 It’s important to remember that using also at the start of the sentence can make that sentence feel like an afterthought.

In the example above, the fact that the jacket wasn’t your style feels less important than the fact that it was out of your budget, because you started the second sentence with also.

As a result, you should be mindful about using also to start a sentence in scientific writing, since it might weaken the sentence, even though it doesn't break any grammar rules.

Using Also in the Middle of a Sentence

When you use also in the middle of a sentence, it means the same thing as in addition or as well. Here, the purpose of also is to join two words or phrases together.

In some scenarios, you can use also in the middle of a sentence to link that sentence to the previous one, just like when you use also at the beginning of the sentence.

Examples of Starting a Sentence with Also

The best way to learn grammar is by reading plenty of examples. Here are some more examples of sentences that begin with also.

How to Use Also to Start a Sentence

If you use also at the beginning of a sentence, you should make sure that sentence relates to the previous sentence or adds another point to the same overall idea.

If not, readers will be confused about the inclusion of the word also, since its purpose is to link two thoughts together.

Make sure you use a comma after also if you use this word to start a sentence. You don’t always need a comma if also is in the middle of the sentence, but it's always proper punctuation to use one if it’s at the beginning. 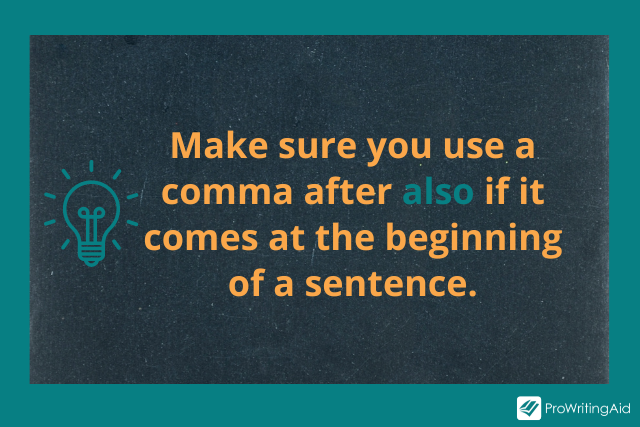 Conclusion on Can You Start a Sentence with Also?

So there you have it! Starting a sentence with also is grammatically correct. Just make sure you’re building on the previous sentence, and that you use a comma. 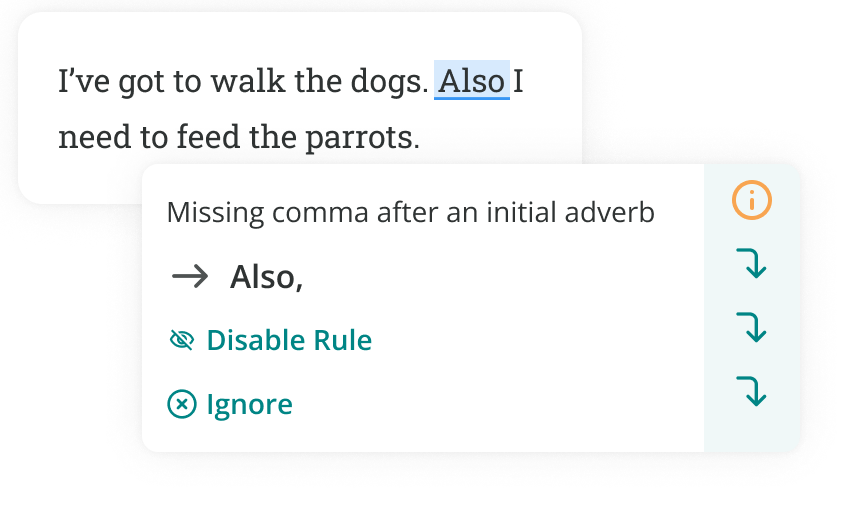 Also, don’t forget to run your work through ProWritingAid to check for grammar errors! ProWritingAid can detect missing commas when you start sentences with linking words like also or and.