BlogGrammar RulesStarting a Sentence with “And” or “But” – Should You Do It?

Starting a Sentence with “And” or “But” – Should You Do It?

You should never start a sentence with the words “and” or “but” – never.

If that was drilled into your head at some point during your elementary school English lessons, then you’re not alone. Most of us were taught this rule in school – and we followed it with every writing assessment, research paper, and book report we ever wrote.

So, if it’s improper to start a sentence with the words “and” or “but” then why do so many prolific, notable writers do it? As do bloggers, journalists, and copywriters. It might seem like a rebellious move – but the truth is, it’s not really “against the rules” at all.

The truth is, it’s okay to start a sentence with the words “and” or “but” – if you do it correctly. After all, there is a time and place for everything, right?

First, let’s take a quick jump down memory lane to those Schoolhouse Rock! tapes you watched when the substitute teacher didn’t know the subject. Ever had the tune to “Conjunction Junction” stuck in your head for no apparent reason? You’re not alone.

However, after so many years, do you remember what the function of a conjunction really is? It might seem obvious – a conjunction connects two thoughts or ideas. “And” and “but” are called coordinating conjunctions and are a part of a much longer list of words.

There are seven coordinating conjunctions:

However, the ones we were specifically taught to avoid starting a sentence with are “and” and “but.” The good news is, you can rest easy knowing that there is no true grammar rule that says you can’t ever start a sentence with one of these conjunctions.

“Contrary to what your high school English teacher told you, there’s no reason not to begin a sentence with but or and; in fact, these words often make a sentence more forceful and graceful. They are almost always better than beginning with however or additionally.” — Professor Jack Lynch, Associate Professor of English, Rutgers University, New Jersey 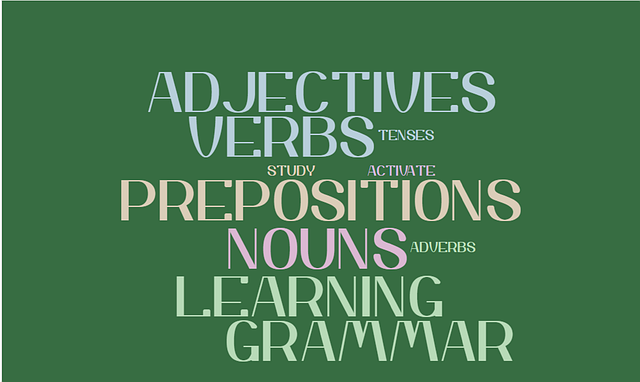 Why Were We All Taught a Rule that Doesn’t Exist?

Realizing now, ten, twenty, or even thirty years or more later that you were lied to might be frustrating – but your teachers really did have your best interests in mind. While there is no definitive answer as to why we were taught this “rule,” the explanation that makes the most sense was that it was meant to prevent kids from writing they way they talk.

Think about it – have you listened to a child or teenager talk for any extended amount of time? If you have, then you can understand exactly what these teachers were trying to avoid.

If you haven’t – well, these two examples will help provide some insight…

“We wanted to go to get burgers and they weren’t open. But we still got burgers. But we had to go somewhere else to get them. But they weren’t as good as the ones we were going to get.”

“My friend and I went to the beach yesterday. And while we were on the beach, we saw lots of seagulls and other birds. And this one seagull stole some guys fries while he was trying to eat them! And it scared the guy so much, he jumped nearly ten feet in the air!”

It’s one thing to verbally hear a story told in this fashion. But reading it is an entirely different experience. No matter what the word is, you never want to start too many consecutive sentences with the same word. The overuse of “and” and “but” in spoken English is likely the main reason our teachers forbid us from starting a sentence with them in our writing!

When Is It Okay to Start a Sentence with “And” or “But”?

The first thing you want to remember is that you’re using this word to connect two thoughts – so your phrase should be able to stand on its own. This means it has a clearly defined subject and verb.

If you remove your conjunction and you suddenly have a sentence fragment that doesn’t seem to make sense, then you need to rework your wording. Perhaps this means making your two sentences one – using “and” or “but” with a comma, rather than a period.

You should also take into consideration what you are writing. Different types of writing call for different approaches. The use of “and” or “but” at the start of a sentence sometimes brings a sense of informality. It might be right for your blog posts, whereas more formal coordinating conjunctions like “additionally” or “however” might read better in a white paper.

The bottom line is though, it’s never truly off limits. Sometimes it’s more impactful to be so precise and direct.

When Should You Follow the Old “English Class Rule”?

In most business writing – especially digital marketing copy like blog posts, emails, and social media posts – you shouldn’t stress using “and” or “but” to start your sentence. No one is going to point it out. No one is going to laugh at you. In fact, someone else who doesn’t already know the truth might think you’re the rebel for being so daring in the first place!

But there are times when you’ll want to follow this mock rule. Data-driven content – case studies, statistic focused white papers, text book content, these are places where you might not only see less opportunity to start a sentence with a conjunction, but also where it could be beneficial to avoid doing so.

If you’ve already got years of practice avoiding starting your sentence with one of these words, then it might take some retraining to find yourself starting a sentence this way. On the other hand, following this rule helps you to expand your vocabulary and use other words and phrases to get your points across. (I could have used “but” to start that last sentence; "on the other hand" adds variety while also giving a stronger sense of weighing up options.)

Breathe Easy Knowing You’re Not the Only Misled Student

It’s been years now since teachers started drumming into students that they should never – ever – start their sentence with the words “and” or “but.” If you’re one of likely millions who was taught this lie during your schooldays, don’t feel bad. This is just another case of a few people creating a problem for the rest of us.

Since teachers didn’t think they could trust some students to be more creative in telling their stories, they restricted everyone. Sure, it worked – you’ll hardly come across something written on the internet with repetitive starts, especially not “and” or “but” – but at what cost? Many of us were following a grammar rule that doesn’t exist – and probably got irrationally mad that editors missed such a common mistake again and again.

Can you already feel the weight lifted? If you’re one of many who has been avoiding using “and” or “but” to start a sentence, don’t hold back! It’s the freedom that comes with finding out a constraint you’ve worked around for years is no longer an issue.

Try using this new technique in your writing to create more direct and powerful statements.

Julia Granowicz-Johnson is a freelance writer from Florida and has been selling her words for a living since 2014. As a staff writer for The Marijuana Times she educates the masses on medical cannabis, legalization and activism efforts. As a freelance copywriter she helps businesses of all sizes succeed in captivating and converting their audience to long-term customers.

Improve your grammar
Very much informative. Thanks, Julia.
By Syedhassnainfatmi on 23 April 2020, 07:46 PM
I was in the midst of a response on a social media platform when "and" felt like the most appropriate way to begin my next sentence, but stopped short as the "mock rule" kicked in and held my hand at bay. Consequently, I decided to research the subject, and bingo! I come upon your article - what a relief that was! Thank you for taking the time.
By globala_2000 on 30 September 2020, 02:23 PM
We are so glad that you found it helpful!
By amy.cohen on 30 September 2020, 04:20 PM
Your write-up was very helpful. I was editing some writings and the author started lots of his sentences with "but" (he is still oblivious of the "rule") and I wanted to be sure so I could advise him to stop doing that then I stumbled upon this piece. Many thanks!!
By folafoluwa on 22 November 2020, 03:21 PM
So glad that we could help! :)
By amy.cohen on 24 November 2020, 10:05 PM