Blood Is Thicker Than Water: Definition, Meaning, Origin, and Examples 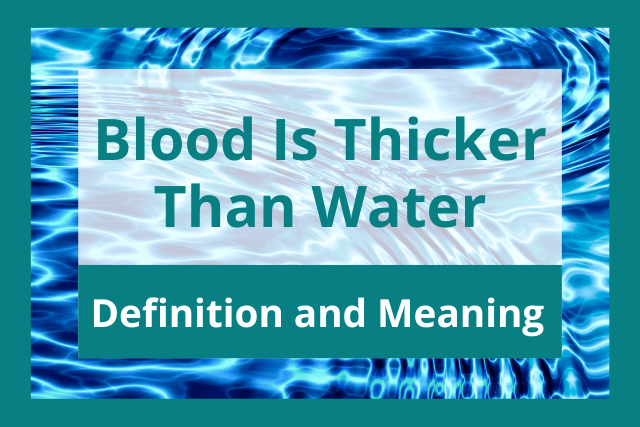 Blood is thicker than water is an age-old adage that acknowledges the importance of family bond. You’ve probably seen it in countless books and movies or have even used it yourself.

In this article, we’ll explain the meaning of blood is thicker than water as well as its history and origin.

What’s the Full Phrase of Blood Is Thicker Than Water?

Many people might not know that “blood is thicker than water” isn’t the full phrase.

But first, let’s look at the original meaning. A covenant refers to an agreement, which was typically made with a blood sacrifice. The “water of the womb” refers to the amniotic sac fluid. Together, the original phrase means that the bonds you’ve chosen are more significant than those formed by familial or blood relations.

The original saying was also used to refer to soldiers who shed blood together in battle and so formed a blood covenant.

Definition and Meaning of Blood Is Thicker Than Water

The phrase “blood is thicker than water” is common in modern English. The popularly used phrase means that the bond you share with family is stronger than any other bond. It suggests you should be more committed to your family members than to friends, lovers, co-workers, etc. 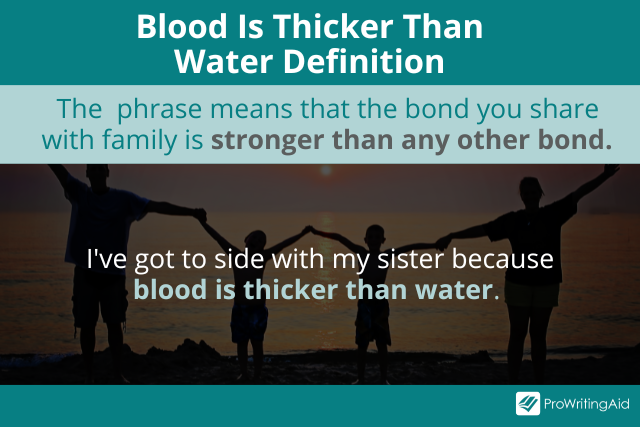 Blood Is Thicker Than Water Origin

The phrase can be traced back to the 12th century in Germany. The equivalent of the phrase is found in the Heidelberg manuscript. When translated to English, the phrase says, “I also hear it said that kin-blood is not spoiled by water.”

Although it slightly differs from the current phrase, the Germanic phrase still connotatively implies the significance of family relationships

The phrase’s current form, “blood is thicker than water,” then later appears as a proverb in Scottish literary works. It is often attributed to Scottish novelist Sir Walter Scott, and it appears in his 1815 novel, Guy Mannering.

Blood Is Thicker Than Water Used in Sentences

Here are some sentences that demonstrate how to correctly use the phrase blood is thicker than water.

Because blood is thicker than water is such a common saying, it’s easy for you to use it in your writing. However, it’s a cliché term, and you’re probably better off avoiding it. 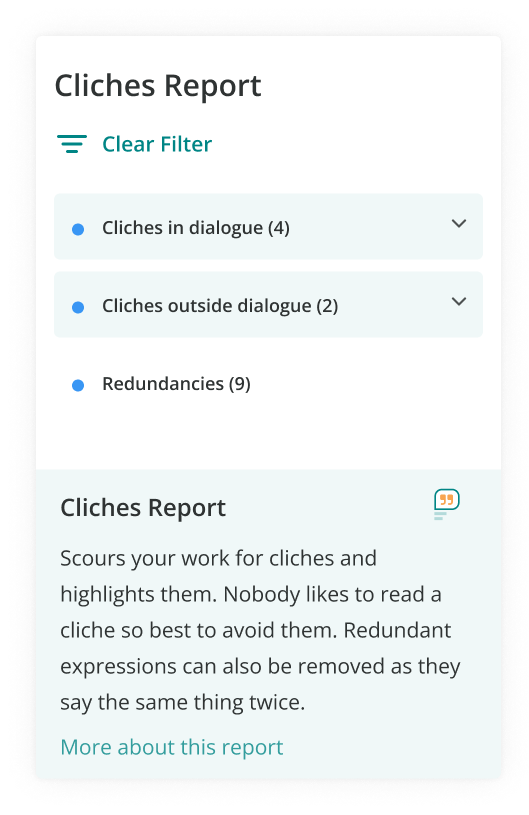 To quickly highlight this and other cliché phrases, be sure to run your script through ProWritingAid’s cliché report. It will pick up boring and repetitive phrases in your writing, so you can choose fresher alternatives.