ProWritingAid
ProWritingAid
Blog The Writing Process What Is Third-Person Point of View and How Can You Use It in Your Writing?

What Is Third-Person Point of View and How Can You Use It in Your Writing?

Have you ever read a book in which you felt like a bird sitting on the shoulder of the protagonist?

From the very first page, the author placed you in a position to see beyond what the character is seeing. So you can hear the door opening, or know when someone’s opening it, even if they don’t see it happening. It is books like this that are often so easy to consume—and that consume you, eventually.

And the technique that makes these books tick? Third-person point of view (POV).

If you’re looking to write a story that will grip your readers and put them on the edge of their seats, third-person perspective is your secret weapon. But what exactly is third-person point of view and how can you use it in your writing?

What Is Third-Person Point of View (POV)?

The third-person point of view is a common form of storytelling—a staple in works of fiction—in which the narrator uses third-person pronouns such as they, he, and she to best relate the action in the story.

Most new writers shun writing in the third-person perspective but, unknown to them, it affords a writer much more freedom in how they tell the story.

It’s the only perspective where the author can change the level of reader immersion in relation to the character. 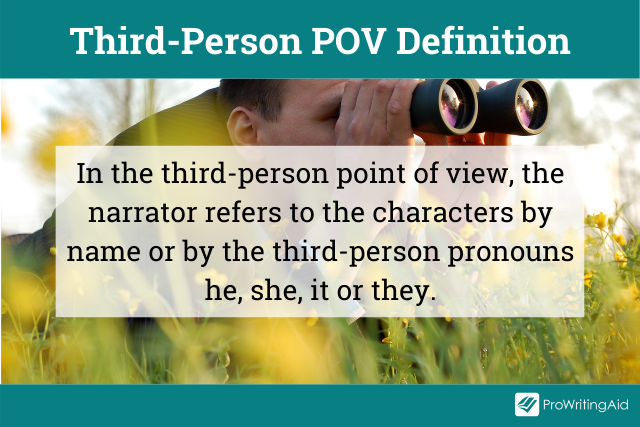 In the first-person perspective, the reader is focused on the point of view of the character—who they are, what they think and feel, and what they want to tell the reader. The author can add a more significant voice to the novel to flesh out the character and make them come alive. 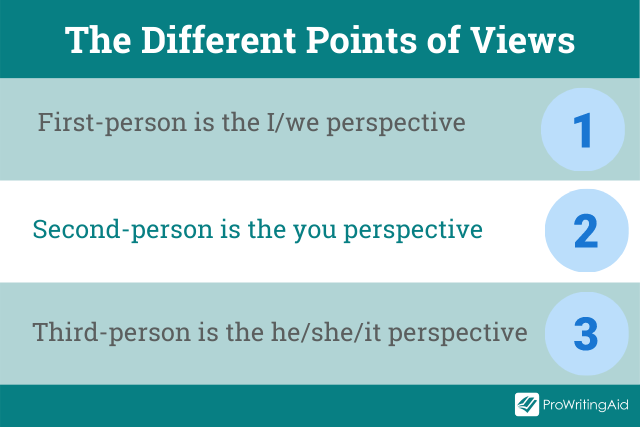 Immersing your readers in different levels of the third-person perspective adds pizazz to your story and grips your reader.

What Are the Different Types of Third-Person POV? 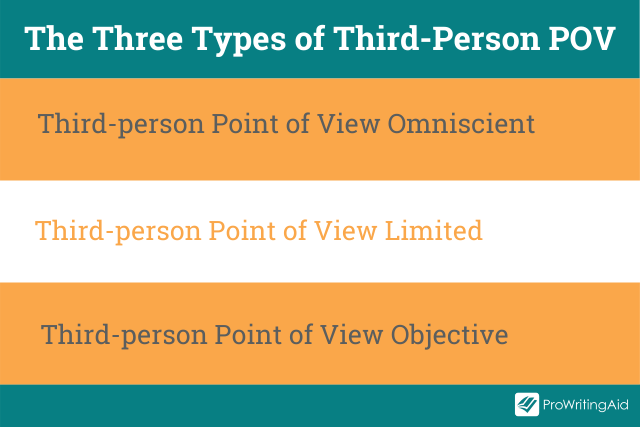 Card explains that the omniscient third-person point of view gives the reader a line into the character’s eyes. Think of it as an insider’s view of every character’s thoughts, memories, dreams, longings, and deep-seated desires, as well as any point in time—whether present or future.

But this viewpoint doesn’t prevent you from hopping into another character’s mind. Instead, it provides you with a clear division when switching characters (as in a new chapter break or an extra line space to help readers keep up with the story).

For example, if you’re writing inside John’s head and are switching to Ben’s POV, open the next section with Ben’s name, location, and point in time to keep the reader grounded in the story. It’s used to heighten suspense and build interest. The short story Miss Brill by Katherine Mansfield employs a third-person limited point of view.

It’s an ambitious feat to write a book in third-person POV objective, but Ernest Hemingway used it to write his short story, Hills like White Elephants.

Is It Okay to Mix Perspectives? 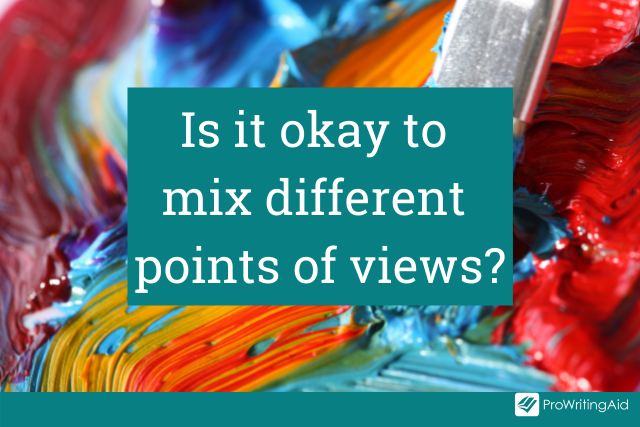 It can be tricky. But it all depends on how you do it for your story and your perspective.

There are plenty of existing books with sections in first-person POV and others with occasional interludes in third-person POV. The trick is to make sure the reader understands what’s going on and that they aren’t taken by surprise as you jump about in your point of view.

The best way to switch points of view is when you start a new chapter and then make it clear in the first few lines of that chapter what POV is in use. In the famous novel The Great Gatsby, F. Scott Fitzgerald’s opening sentence (of the first chapter) clearly shows that the first-person point of view is in use:

"In my younger and more vulnerable years, my father gave me some advice that I’ve been turning over in my mind ever since.” 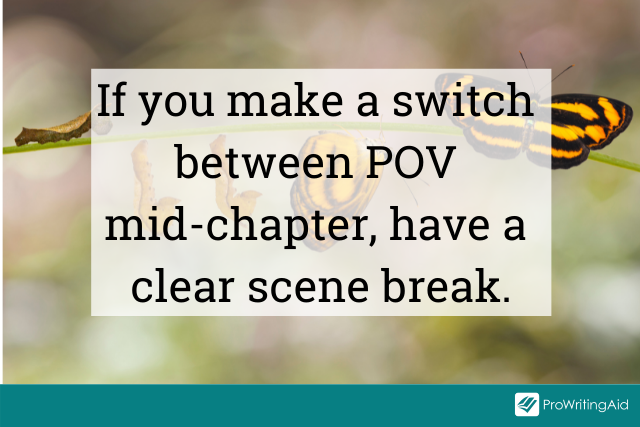 If you make a switch between POV mid-chapter, have a clear scene break. The idea is to avoid swapping into third-person for a few lines then transition back to the protagonist in first-person, then off to another character in another POV. If your novel involves multiple perspectives, you can use ProWritingAid’s Pronoun Check to keep track of all of your clever point of view switches. 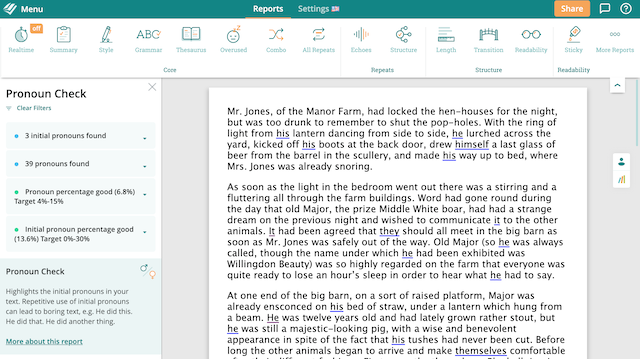 But there are no hard and fast rules for narrative perspectives. Some readers will like the point of view switches, some will not. In the end, it’s down to you and what you think of it. But has this ever been done before? The answer is almost always yes. Charles Dickens did it in his novel Bleak House—and so can you.

How Do You Write Effectively in the Third Person?

1) Read a variety of books that display an effective use of the third-person point of view. Then use those you think are the best as an example—after all, those who want to write have to read books regardless of the narrative perspective they want to master.

Good examples of third-person literature from classic fiction include Pride and Prejudice by Jane Austen, Catch-22 by Joseph Heller, and Moby Dick by Herman Melville.

2) Learn to write with authority. The reader wants a narrator they can fully trust to transition the story to the next chapter or scene with ease. Create an authoritative third-person narrator that sits on the shoulder of the reader—creating a bird’s-eye view of the story.

3) Empower the narrator with a reliable voice and the ability to know the character’s thoughts. This is possible when using third-person omniscient and limited POV. 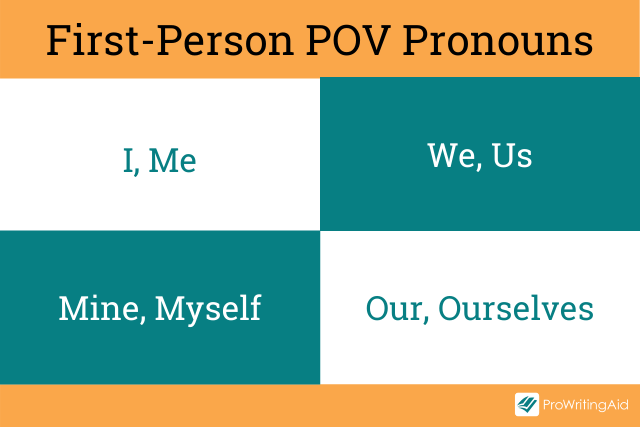 Are you writing an epic saga with important characters? Use the third-person omniscient POV (with an all-knowing narrator). Do you want to keep your reader in suspense and only know what the character knows? Then write the story in third-person limited POV. 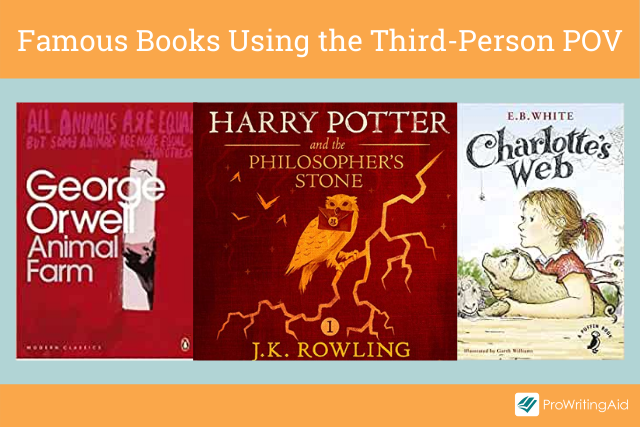 The third-person perspective transcends time. It’s been in use since time immemorial in a wide range of fiction from E. B. White’s children’s tales to George Orwell’s classics Animal Farm and 1984—and to now J. K. Rowling’s famous magical series.

In fiction, third-person perspective allows the writer to place the reader in the character’s head—explaining all the important plot points and details for the story whilst staying impartial.

"The goose shouted to the nearest cow that Wilbur was free, and soon all the cows knew. Then one of the cows told one of the sheep, and soon all the sheep knew. The lambs learned about it from their mothers. The horses, in their stalls in the barn, pricked up their ears when they heard the goose hollering; and soon the horses had caught on to what was happening."

"They all remembered or thought they remembered, how they had seen Snowball charging ahead of them at the Battle of the Cowshed, how he had rallied and encouraged them at every turn, and how he had not paused for an instant even when the pellets from Jones’s gun had wounded his back."

"Harry moved in front of the tank and looked intently at the snake. He wouldn’t have been surprised if it had died of boredom itself."

Advantages of Writing in Third-Person POV

Choosing the right third-person POV can sometimes be challenging, but getting it right can make all the difference. Third-person viewpoint has important advantages in a story:

1) The third-person POV has a wider narrative scope than the first and second. The writer experiences a robust character development because there is a broader range of options for language choice. You can shift a melodramatic moment in an overreacting character’s mind to something that might let the reader sympathize better.

2) The third-person POV allows you to put several characters in the spotlight. You can do this while giving the reader an all-around view of the plot, which creates a rich and complex story by including information the the characters do not know.

3) Third-person POV is more flexible. As a narrator, you can switch between different character stories, helping the reader see everything including thoughts, feelings, and sensations, and you can go everywhere you want. You can go from being omniscient to limited to an objective third-person POV. 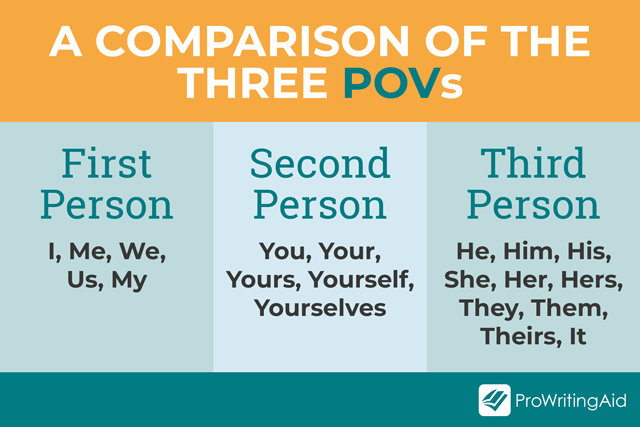 Point Your Story in the Right Direction

Point of view is an important consideration when writing fiction. Writers have favorite points of view, which can become our defaults. This isn’t a problem, as the same POV may suit most of our writing. However, to tell better stories with characters that exude power, it’s important to choose the point of view that has the biggest impact on your story. Try using third-person point of view to bring your writing to life.

Walter Akolo is a freelance writer, internet marketer, trainer, and blogger for hire. He loves helping businesses increase their reach and conversion through excellent and engaging content. He has gotten millions of pageviews on his blog, FreelancerKenya, where he mentors writers. Check out his website and connect with him on LinkedIn, Twitter, and Facebook.