Learn the Rules of Plural Nouns 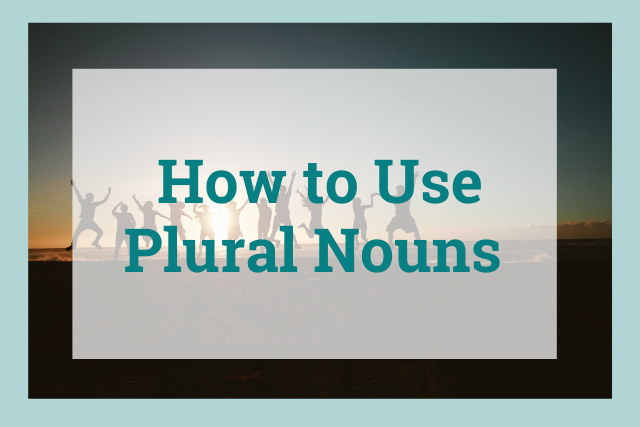 Pluralizing singular nouns (also known as making plural nouns) can be as easy as just adding s or es. Or adding letters to the noun, or replacing letters, or changing the entire spelling of the noun, or just leaving the word alone.

Okay, so perhaps “easy” isn’t really the way to describe the process of pluralization. Let’s go with “interesting” instead.

What Is a Plural Noun? (And How Is It Different Than a Singular Noun?

A noun is a word that represents a person, place, thing, or idea. This is true for both singular and plural nouns.

A singular noun is a noun representing a single (just one) person, place, thing, or idea. For example, the nouns drink, berry, and child are singular nouns.

Often, the determiners a or an are used with singular nouns:

When you make plural nouns, you indicate that there is more than one of whatever it is the noun represents. 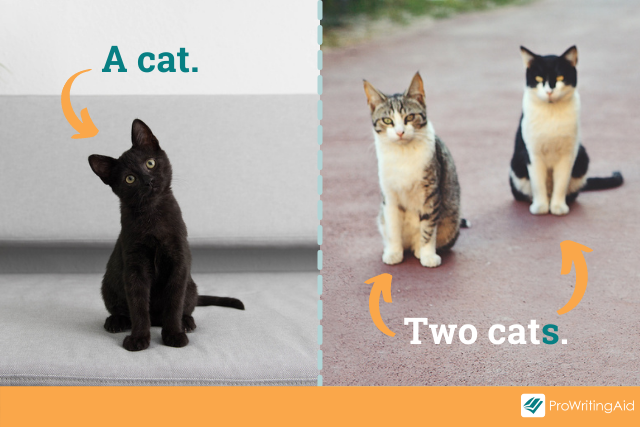 For example, drink becomes drinks, berry becomes berries, and child becomes children. You may use the determiners few, many, and several before a plural noun:

You’ve probably noticed that the method of pluralizing each of those noun examples is different. That’s because some nouns are considered regular—they tend to follow some simple rules—and others are irregular. The irregulars basically make their own rules.

Grab yourself one of those drinks I just pluralized and we’ll investigate. You’ll thank me for the advice later!

How to Make Regular Plural Nouns

Regular nouns are generally straightforward when it comes to following the rules of pluralization. That’s why they are labeled as regular. For the most part, you pluralize them by adding s or es or by changing y to ies. 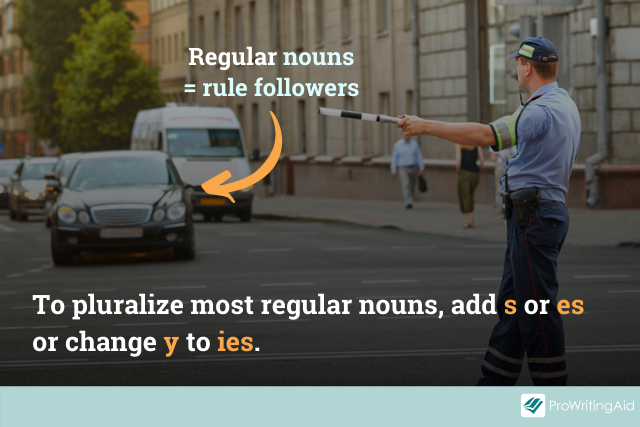 Of course, there are exceptions. You’ll notice a theme of exceptions throughout this study in pluralizing.

This is probably the easiest rule of pluralization, and many nouns follow this rule.

This rule is almost as easy, and just a little less common. It is used for nouns that end in ch, x, s (or s-sounds), sh, and z (with some special additions for the z and some s-sound-ending nouns)

Have you figured out the special additions for some s- and z-ending words? Sometimes it’s necessary to add an extra s or z to the noun before adding the pluralizing es. 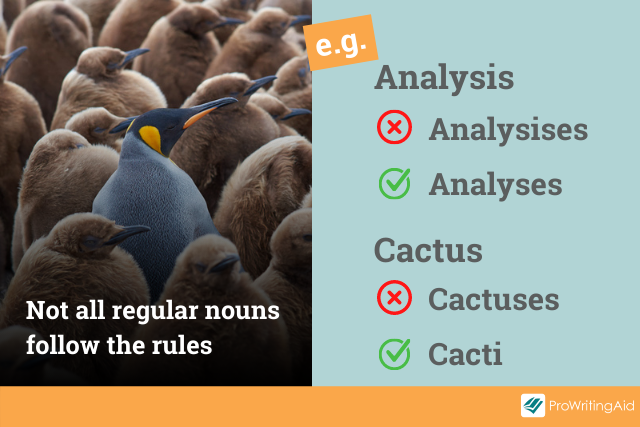 There are a few other exceptions.

Some nouns that end in is or us don’t follow the just add es rule either.

With so many choices for octopus, which should you use?

Once again, our regular nouns show their slightly rebellious side. The answer? It depends on the word. I told you you’d be happy to have that drink!

If the nouns ends in a vowel + y, then just add s.

(And by the way, you can spell whiskey without the e as well, if it’s Scotch.)

If the noun ends in a consonant + y, you work under the replacing letters method.

When a noun ends in a consonant + y, the y becomes ies.

Are there exceptions? Of course there are.

Nouns such as jealousy, electricity, flexibility end with a consonant + y but do not have a plural form because they are uncountable nouns. We’ll look at them more closely further down the post.

Nouns that end in f or fe also follow the replacing letters method for pluralization. The f becomes a v. If the singular noun ends in s, you add an es to that v. If it ends in fe, you just add the s.

And yes. There are exceptions. Say the words aloud and listen for the pattern in the exceptions.

Congratulations! You’ve made it through the rules for the nouns that are called regular even though they have exceptions to the rules somewhat, well, regularly.

If you’re wondering why there are so many exceptions, it’s because the English language has a rich but complicated history and was formed through the integration of a variety of languages. Some of its words still follow rules from their original language.

Let’s move on to the irregular nouns. You might want to refill your drink.

How to Pluralize Irregular Nouns

Irregular nouns follow their own rules. They have no use for conformity, which is why they have been labeled irregular. 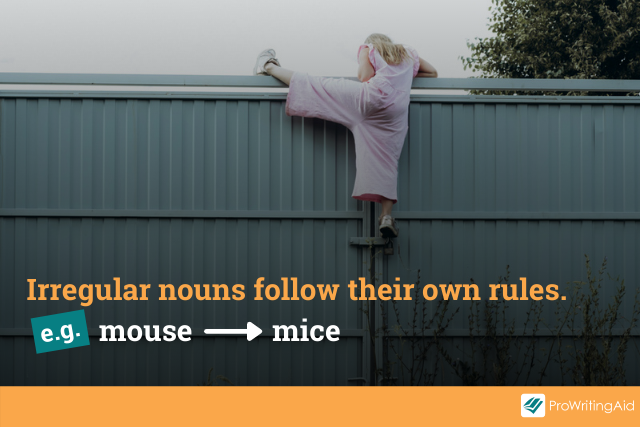 There is no trick for determining which method to use. And knowing how to pluralize these nouns is not intuitive. In fact, it’s quite the opposite. If you’ve ever spoken to toddlers, you’ve probably heard them say things like this:

“I went to the pet store. I saw kitty cats, puppy dogs, and mouses.”

We smile because they’ve said “mouses" which is adorable but incorrect. However, toddlers’ use of “mouses” is actually quite impressive as it shows they are adapting to and internalizing the rules of language. But “mouse” as a noun does not follow the rules and after a few months or years, the toddlers learn to use the far less intuitive “mice.”

Those same toddlers might tell you they’ve seen “sheeps” at the farm. Again, their instincts are right, it’s the noun “sheep” that breaks the rules.

For these irregular nouns, you really just need to learn and remember their pluralized forms and if you aren’t certain, consult your dictionary.

Here are some examples of commonly used nouns whose plural forms are created by changing their singular forms. 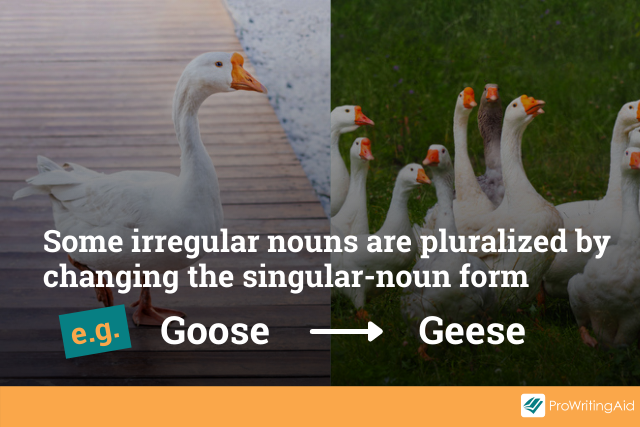 2. Pluralizing nouns by changing absolutely nothing from the singular-noun form

Here are some examples of commonly used plural nouns spelled exactly the same as their singular forms. 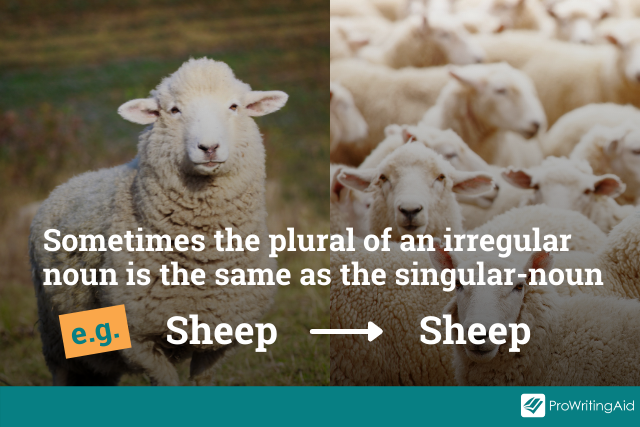 We aren’t done yet! There are still more special pluralization situations: nouns that are only plural, uncountable nouns, and compound nouns.

Some nouns do not have a singular form. They only exist in plural form. For example, 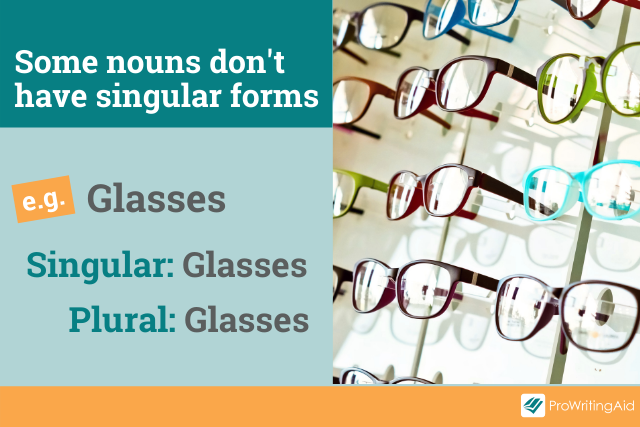 Uncountable nouns are nouns that represent things we cannot count with numbers. It doesn’t make sense to use a/an or other determiners that show “how many.” Phrases that answer “how much” are used with them instead.

Uncountable nouns have only one form. There is no plural form for them. 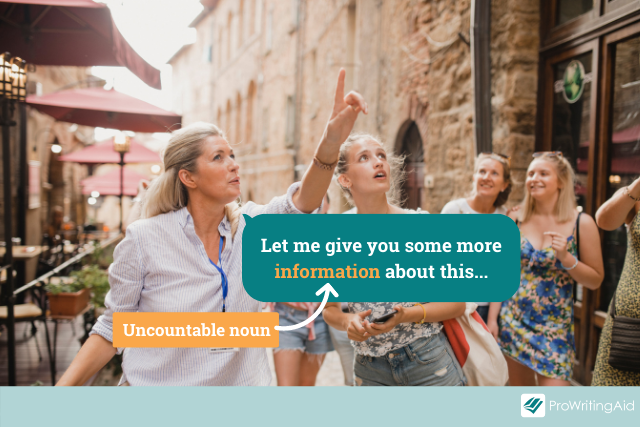 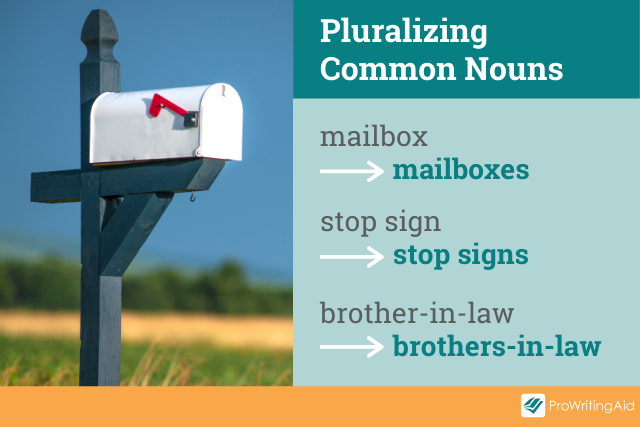 Compound nouns are nouns that comprise two or more words. They can be written in three different ways: one word, two words, or as a set of hyphenated words.

Even though the noun consists of two separate words, those words work as one unit.

You can see that the examples used so far all follow the just add s rule. You’re probably already thinking of other common compound nouns that don’t follow that rule. For example,

The easiest way to get these plurals right is simply to memorize them or look them up. However, there is a grammatical reason for their different methods of pluralization.

In passerby, hanger-on, and runner-up, the compound noun is made up of a noun with an er ending and an adverb. For that combination, the s is added to the noun part of the compound.

In sister-in-law and attorney-at-law, the compound noun is made up of two nouns connected by a preposition. For this combination, the first noun is pluralized. 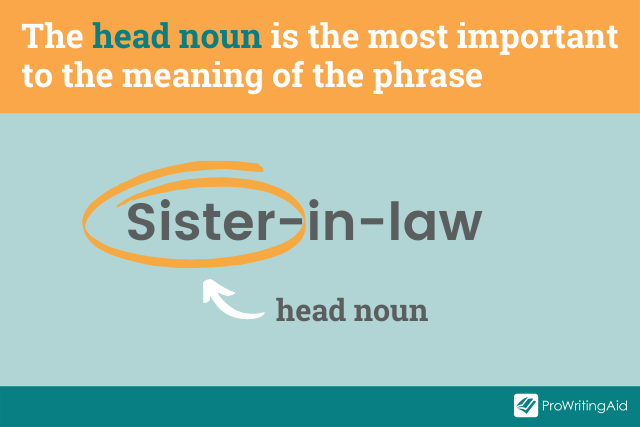 For sister-in-law, sister is the head noun. The in-law just tells us more about the type of sister we’re referencing. The in-law phrase works as an adjective. That same explanation applies to attorneys-at-law or attorneys general, another example of a two-word compound noun.

What happens if there is no obvious head noun?

Yes, we do. How do I know? I looked those compound nouns up! I had to check a few online dictionaries to verify the plural versions. These are phrases that we have adapted into use over time and it can take time for dictionaries to catch up.

Still with me? Good! 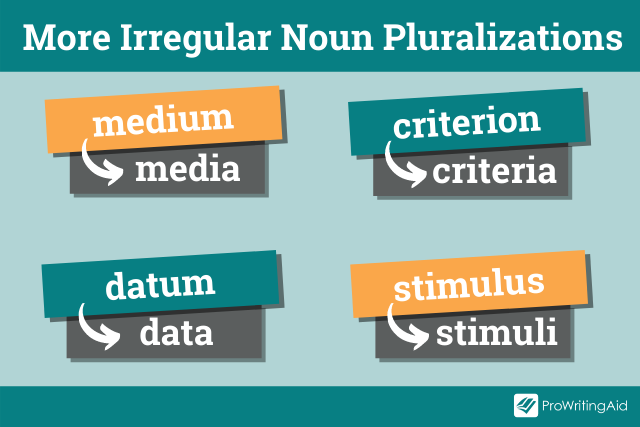 Pluralize for Your Audience

Language is fluid, as the English language demonstrates in its own history, and changes continue to come. Along with consulting your dictionary when you’re uncertain about a word’s proper plural form, consider your audience as well. 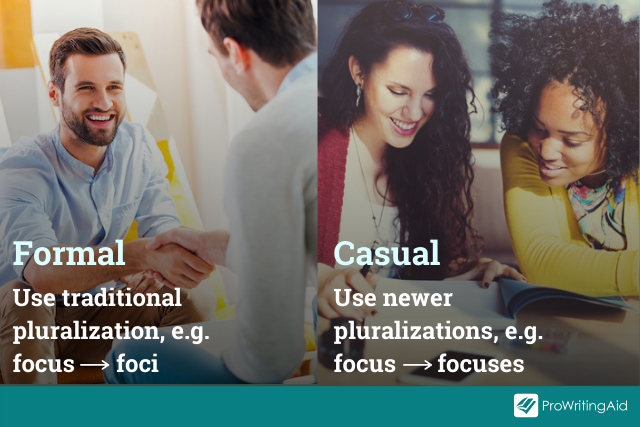 Some methods of pluralization that used to be considered “improper” are now acceptable, at least in more casual situations.

For example, if you’re telling a friend you’d like “two tablespoonfuls of sugar in your iced tea” (that’s just too much, in my opinion), you’re fine! If you’re writing a fancy cookbook, then you might want to use the more formal “tablespoonsful.”

Some methods of pluralization are straightforward, and many nouns adhere to those methods. These are the plurals that you know just because you know them. You don’t even have to think about them!

Other plural forms are less compliant and it’s worth it to work on memorizing them, especially the ones you will use often.

When it comes to the outliers that pop up unexpectedly, there’s no need to guess. Take a minute and consult your dictionary and then run your work through a final ProWritingAid grammar check for accuracy assurance. 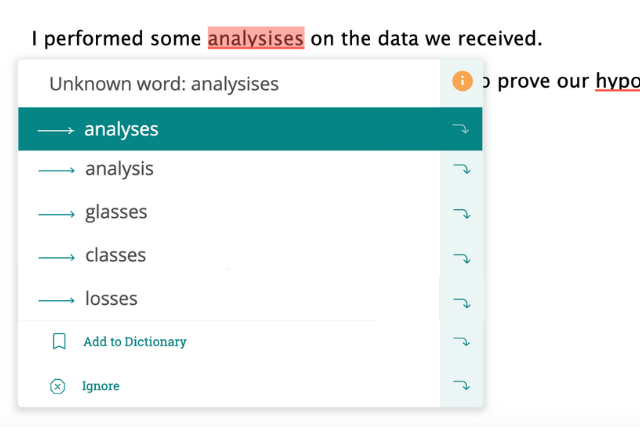 With ProWritingAid, you’ll use the right noun form every time—and avoid hundreds of other grammar, spelling, and style errors.