Stop Zooming, Start Writing: Why It's Time to Rethink Meetings 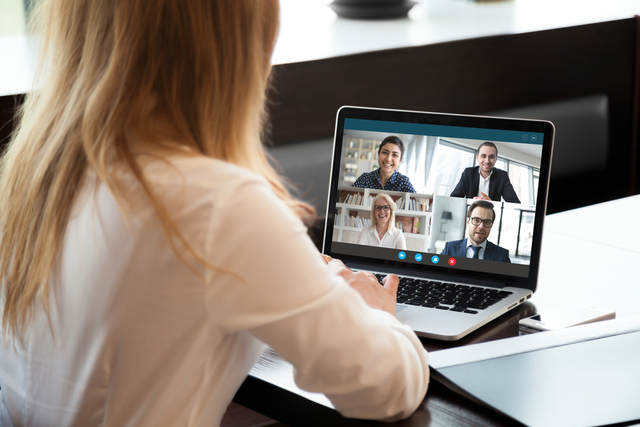 Meetings, both virtual and face-to-face, are one of the most fundamental parts of nearly everyone's jobs. And while we spend so much time thinking, planning, and attending meetings, we don't really ever consider whether meetings are really working: that is, are meetings as productive, or necessary, as we believe them to be?

Given that how we work is changing dramatically – half of us are working remotely and that trend seems likely to continue beyond the pandemic – now is an ideal time to radically rethink the “meeting” and imagine more creative and effective alternatives.

Pre-pandemic, I taught business writing in a college classroom for six hours in a row. I was on my feet the entire time, moving, talking, and circulating around the room in an attempt to be as engaging as possible. Oddly enough, at the end of those six hours of teaching and talking and moving around I was completely wired, buzzing with so much energy (and coffee) I found it hard to come down.

Now, when I teach on Zoom for one hour, from a comfortable chair, without moving, I am utterly exhausted.

Clearly, I’m not the only one to experience the seemingly contradictory, energy-zapping effects of virtual meetings. Others, like business professor Gianpiero Petriglieri, have written about this phenomena and offered up interesting explanations for our Zoom fatigue: watching ourselves on video makes us feel permanently “on,” we blink less which causes more eye strain, we receive fewer non-verbal cues from our audience. Naturally, the net effect of all of these meetings, and this energy loss, is that we can become less motivated, less productive, and overall less satisfied with our work life.

And yet, perhaps it’s not that virtual meetings are really the problem, but that the very underlying logic of even in-person meetings is the problem.

Let's Rethink (Every Kind of) Meeting

We’ve all endured long, unproductive meetings where little is accomplished, a few people speak the longest and loudest, and we leave the meeting unsure of what was agreed upon or what comes next. And while we all know that meetings are often unproductive, we rarely consider their actual cost. According to a study by Bain & Company from 2014, one company was spending the equivalent of $15m a year in weekly meetings.

So during this inflection point brought on by COVID-19, and its resultant focus on how we are working and organizing our time, we’d be smart to imagine ways to significantly reduce, if not eliminate, meetings entirely.

How though? With writing.

One simple way to use writing instead of meetings is to ask anyone who’s setting up a meeting to see if what they want to accomplish with the meeting could be accomplished in a shared written document. For example, instead of having a status update meeting you could have everyone write 1 or 2 succinct paragraphs in a shared document. The result of this approach is that no one needs to spend time planning the meeting, no one needs to spend time figuring out if or how they can make the meeting, and ultimately no one spends time in the meeting.

Moreover, there are significant advantages to this approach that align with the new realities of our pandemic-era work life. No one is disadvantaged by not being able to make the meeting because they had to watch their children, or because they’re not feeling well. They can read the written update at any time and regardless of their location. Team members in different time zones across the world feel no less plugged-in than those who could attend the meeting in person. In addition, creating a written, shared document can foster a more open ideation atmosphere where quieter, introverted team members feel free to offer up new ideas.

But what a written document also does that meetings often fail to do is mitigate any ambiguity around the content of key messages or critical information. The written document becomes what Basecamp CEO Jason Fried calls a “central source of truth,” and what that central source of truth does is decreases the risk of miscommunication because it establishes a single location for a coherent and consistent message for all team members. In this way, writing not only replaces ineffective meetings but it also can help eliminate ineffective communication. 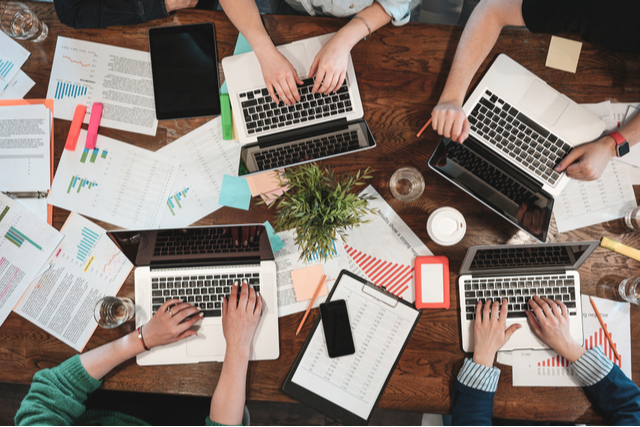 Another writing-based approach to reducing or eliminating meetings comes from Amazon and is described by CEO Jeff Bezos as “revolutionary” – ask anyone who wants to have a meeting to write up a six-page narrative memo beforehand. When the meeting begins, that memo is passed around the room and all attendees spend 30 minutes in silence reading and taking notes on the memo. Then, the conversation is held around key issues presented in the memo.

What can often happen with this approach is that people are less inclined to hold a meeting around an idea or issue if they aren’t willing to write a six-page memo about that issue. If they do in fact write the memo, the meeting is more likely to be purposeful and effective because, as Bezos notes, writing the memo “forces the author to clarify their own thinking.” The cumulative effect of this memo-writing is that all team members are pushed to think critically about what is and is not important to the organization, and what’s worth bringing up to colleagues. Moreover, they learn how to refine and sharpen their thinking about a particular issue.

Making your writing as clear and readable as possible is important when replacing meetings with writing. Use ProWritingAid to check how your memo scores for readability, sentence variety, and redundancies. You can find out about more of its features here.

Writing and Communication Are a Company’s Culture

The potential positive outcomes of more writing in an organization go beyond the reduction of meetings; creating a culture of writing can help cultivate a more unified and coherent culture writ large. And as any business major will tell you, culture eats strategy for breakfast.

Companies known for their robust company culture, like Basecamp, Netflix, and Buffer, already know this, and their belief in the importance of writing is exemplified by their internal style guides. These style guides are built on the assumptions that 1) how team members communicate with each other will likely be how they communicate with customers and users and 2) language is the medium through which company culture is created.

For example, Buffer, a social media consultancy, has a style guide for internal and external communication that conveys to employees the company’s belief in diversity and inclusion; the guide describes how employees should avoid using the term guys when addressing a mixed gender audience, noting “We want our writing to be as open and accessible as possible” and that “labels are for boxes not people.” These guides not only make explicit a clear belief in the importance of language and communication but also make visible the values and beliefs that comprise the company’s culture.

Admittedly, meetings do have some place in the workforce. Meetings can be effective in providing a platform for airing out opinions on a controversial or critical issue, especially if the meeting is preceded by a written document on that specific issue. And given their powerful place in contemporary work culture it’s likely that meetings will endure in some shape or form for the foreseeable future.

But clearly, writing-centric strategies like those used by Basecamp and Amazon can play a key role in helping reduce or eliminate meetings if not increase their general effectiveness. And increasing writing and reducing meetings won’t only encourage more productivity but can also lead to sharper thinking and a more visible and robust company culture overall.

It's unlikely you’ll be able to eliminate meetings right away, but you can start small. I tried it myself recently – rather than have a kick-off meeting with colleagues about a project, I proposed we all brainstorm in a shared doc and then meet later in the week. To my surprise, my colleagues agreed! You can do the same – look in your calendar for an upcoming meeting that you think could be replaced with writing.

If needed, sell your colleagues on the suggestion by explaining that you want to respect their time, reduce Zoom fatigue, and that a writing-first strategy will be overall more efficient and productive. I think you'll see that these explanations aren't merely persuasive, but that they will prove to be accurate. 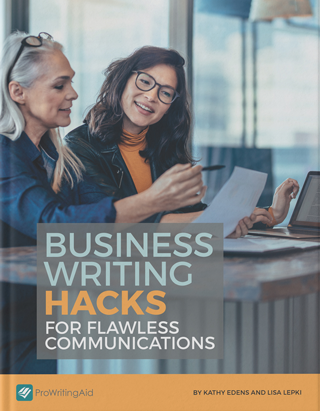 Writing is an essential element of nearly every profession today. Whether you are drafting a proposal for a major prospect or collaborating by email, strong communications help colleagues and clients understand your ideas. Errors and awkward writing can make you lose credibility.

Download this guide to learn the techniques professional writers use to write clearly and persuasively. 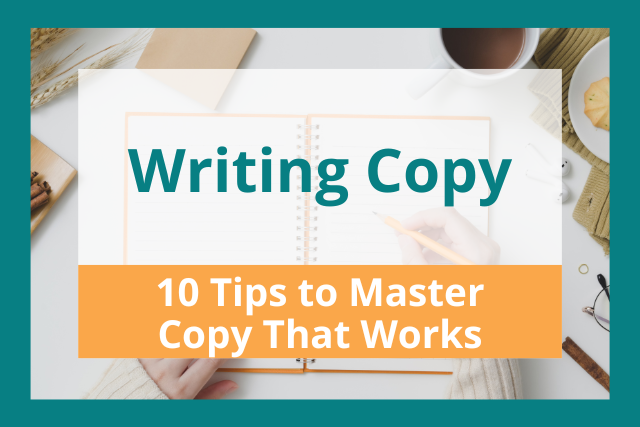 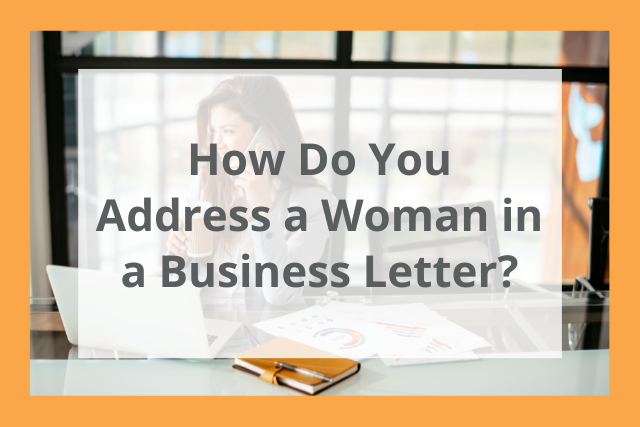 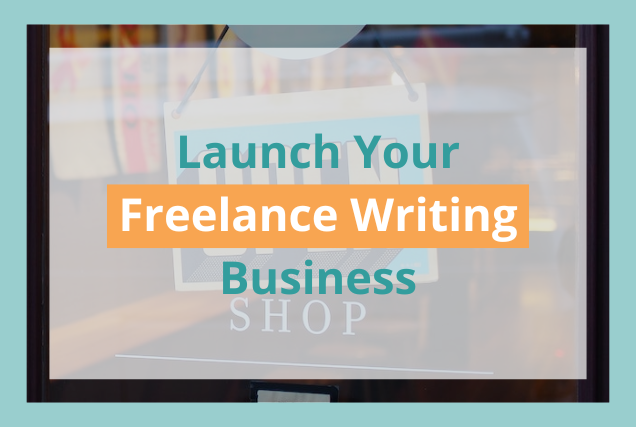 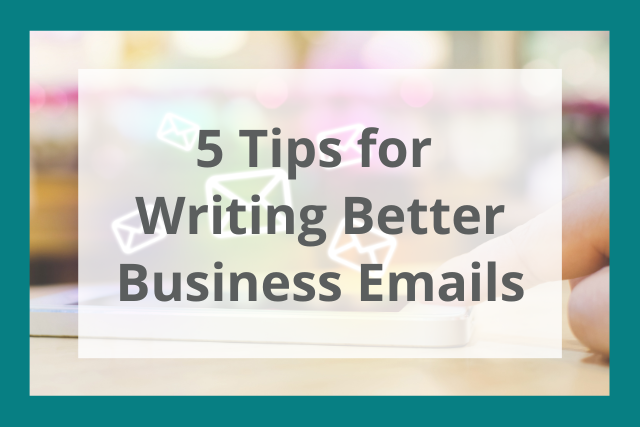 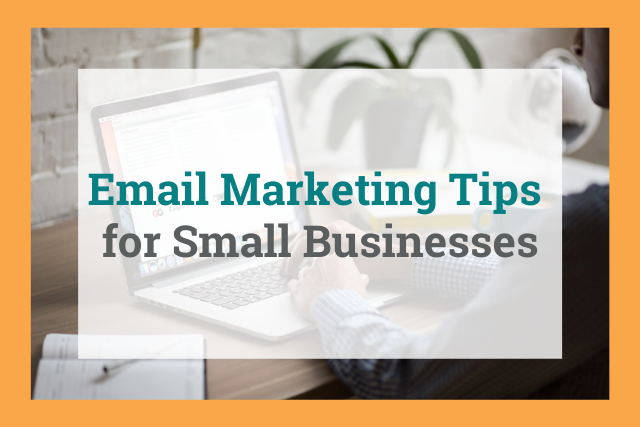 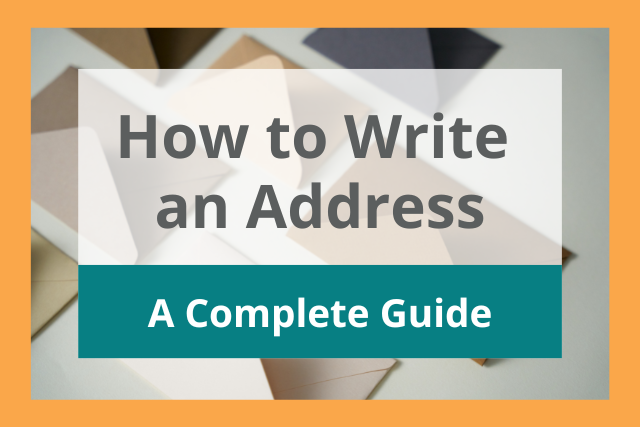 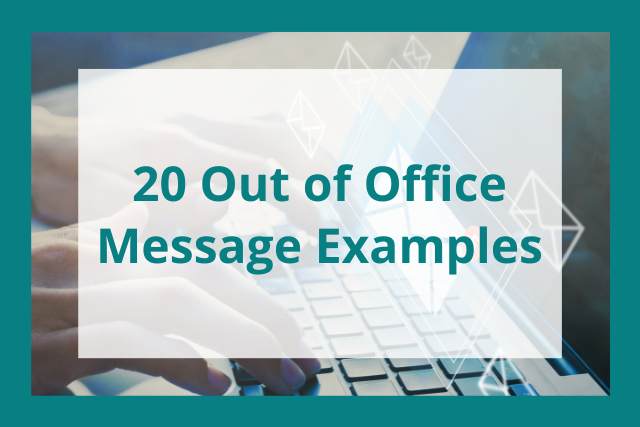