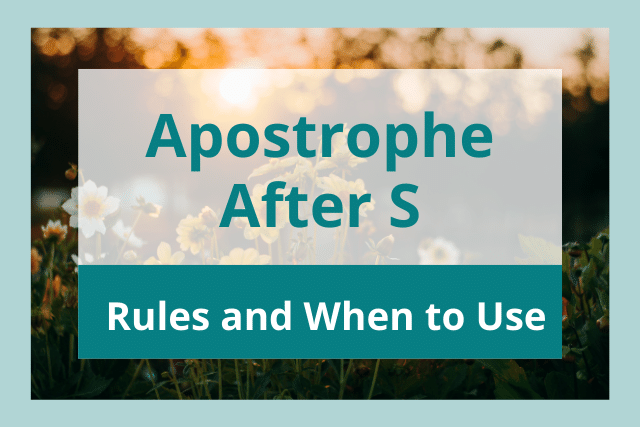 Apostrophes are one of the most confusing punctuation marks. The most common apostrophe mistake involves apostrophe placement in plural nouns.

In English, use an apostrophe after an S when you are writing the possessive form of a plural noun that ends in S.

In this article, we will further explore the rules for using apostrophes after the letter S.

If apostrophes and other punctuation mark rules confuse you, run your writing through ProWritingAid’s free grammar checker which will ensure you never misuse an apostrophe when you write. 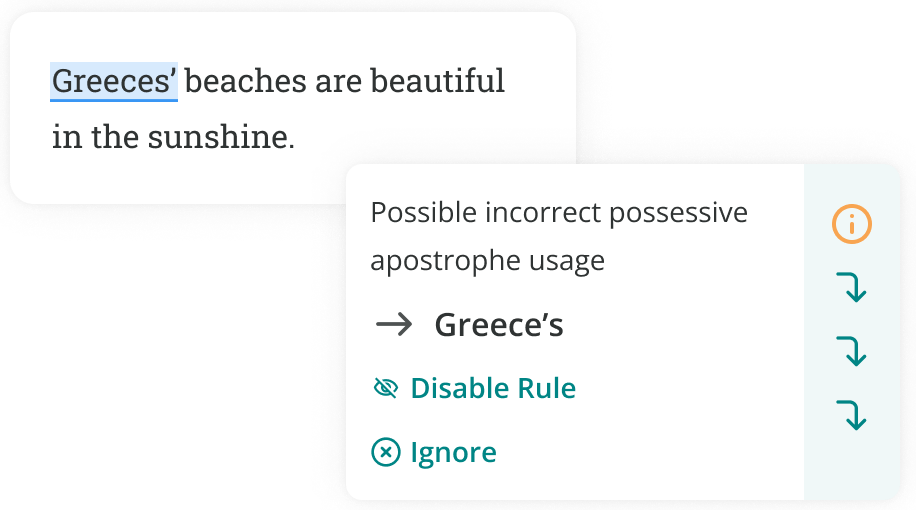 When to Put an Apostrophe After S—Rules Explained

One of the primary functions of the apostrophe punctuation mark is to show possession. Possession is how we show that something belongs to another person, place, or thing.

We use both an apostrophe and the letter S to make the possessive form of a noun. But where we put the apostrophe—before or after the S—varies between singular nouns and plural nouns. It also depends on how the plural form of a noun is spelled. 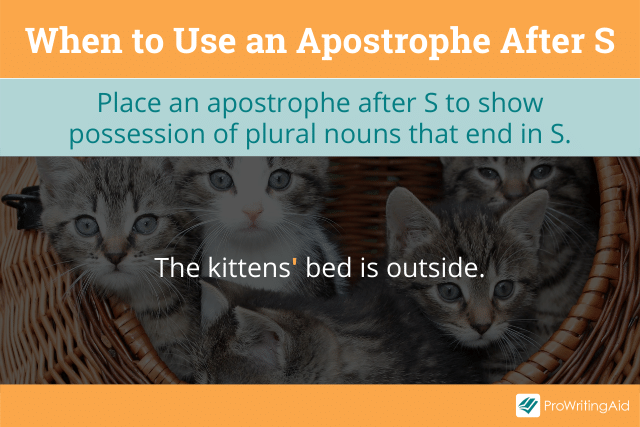 In general, the rule is to use only an apostrophe after S with a possessive plural noun. You do not need to place anything else after the possessive apostrophe.

With a singular noun, you place an apostrophe before S to show possession.

Let’s look at a few examples of possessive plural nouns:

You can also place an apostrophe after the letter S when a proper singular noun ends in S.

Depending on your grammar resource or style guide, you may need to add an additional S after the apostrophe. Both are grammatically correct, but some resources recommend one way or the other.

This means you could write “James’s dog” or “James’ dog.” Generally, we pronounce possessive forms of names that end in S as if there is an apostrophe + S, as in “James’s.” 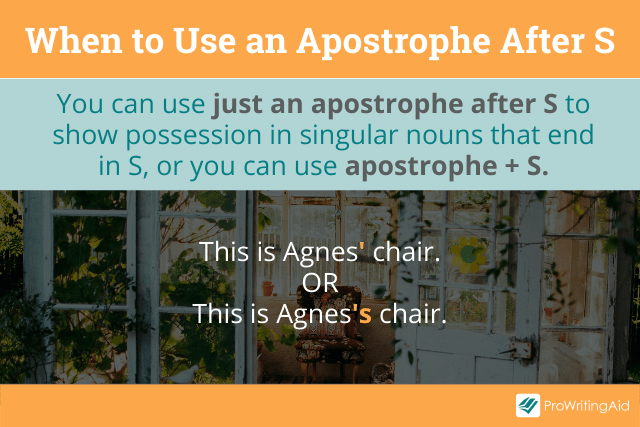 Apostrophe After S When the Possessor Is Plural

Like many other English language rules, the plural possessive apostrophe rule has some exceptions. Not every plural noun ends with an S, so you can’t put an apostrophe after it.

When a plural word does not end in S, use an apostrophe + S. For example, the plural of “child” is “children.” To make this possessive, you would write it as “children’s.”

Here are a few more examples of this exception to the plural apostrophe rule:

You treat these plurals like singular words and place the apostrophe before the S.

When Not to Put an Apostrophe After S 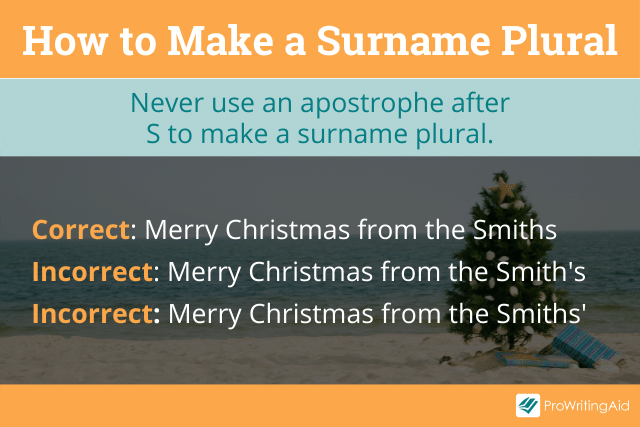 For example, let’s look at the surname Smith. To make Smith plural, we need to add an S to the end. There is no reason to use an apostrophe unless you are showing possession.

Correct: Merry Christmas from the Smiths

Incorrect: Merry Christmas from the Smith’s

Incorrect: Merry Christmas from the Smiths’

If you need to show the Smiths possess something, use an apostrophe after the S. The rule about possessive apostrophes after S applies to proper nouns, too. See the example below:

Let’s check out some more examples of how to use possessive apostrophes with plural words ending in S.

Which punctuation mark rule confuses you the most? Let us know in the comments below.