Were: Definition and Meaning

“Were” is a common English word that you’ll need to know if you’re studying or writing in the English language.

This article will explain what the word “were” means, where it originates from, and how to use it in a sentence.

The word “were” is the past tense form of the verb “to be.” Whenever you use the verb “are” in a sentence, you can switch that sentence to past tense by changing “are” to “were.” 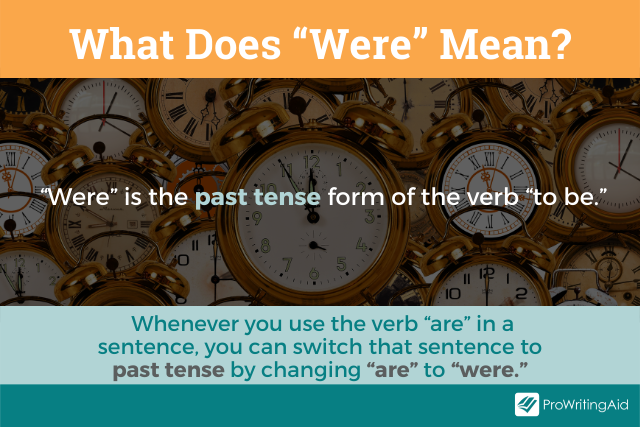 Here are some examples of how you can use “were” to switch a sentence from present tense to past tense:

“Were” is the past-tense second-person singular, past tense plural, and past subjective of the verb “to be.” Let’s take a closer look at what each of these terms mean. 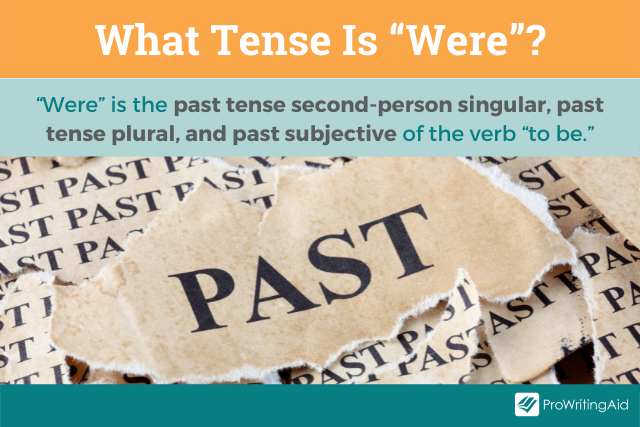 Past tense second-person singular refers to sentences where the subject is the singular “you.” 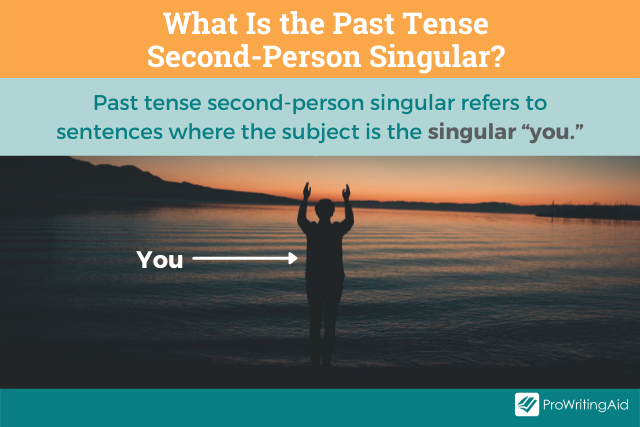 For example, you might say “Jake, you were late to the meeting” or “Brenda, were you at the movie theater last night?” Both of these sentences describe something that happened in the past to a singular “you.”

Past tense plural refers to sentences where the subject is a group of multiple subjects in first person, second person, or third person. Plural pronouns include “we,” “they,” and the plural “you.” 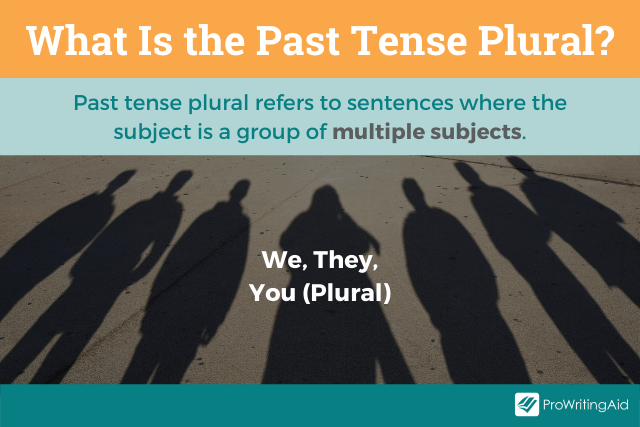 For example, you might say “My sister and I were just on our way to the park,” “We were so silly back in middle school,” or “The puppies at the animal shelter were totally out of control this morning.” All of these examples describe something that happened in the past to a group of multiple people or things. 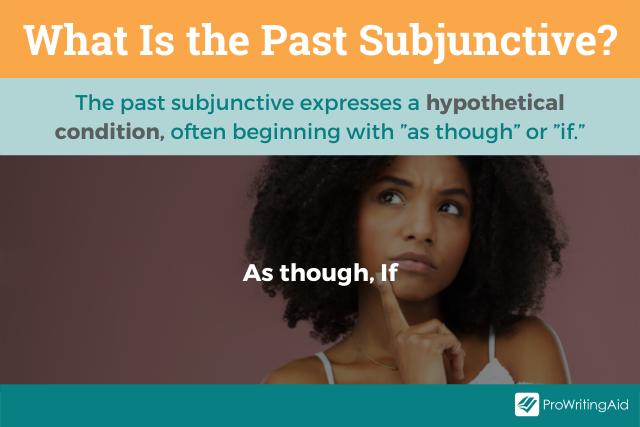 For example, you might say “You can’t keep running around as though you were invincible” or “If I were you, I’d be more careful in a situation like that.”

Even fluent English speakers will sometimes make the mistake of using the word “was” in sentences like the ones above. Remember that “were” is the grammatically correct choice when you’re using the past subjunctive.

Examples of “Were” in a Sentence

Let’s look at some examples of the word “were” in sentences from English literature.

“Barges were tied up along the banks.”—Giovanni’s Room by James Baldwin

“My nerves were frayed and fragile, like tattered silk.”—My Year of Rest and Relaxation by Ottessa Moshfegh

“Friendships were like marriages in that way. Routines and patterns were poured early and hardened like cement.”—Firefly Lane by Kristin Hannah

“Her mother and father were opposite poles, Laurie realized: her dad said the right things and didn’t mean them, and her mum might feel them, but she never said so.”—If I Never Met You by Mhairi McFarlane

“She saw clearly now that people could be divided into two categories: those who acted, and those who were acted upon.”—White Ivy by Susie Yang

“I remember the stars that night. They were like salt against the sky, like someone spilled the shaker against very dark cloth.”—Girl in Pieces by Kathleen Glasgow

“I’d never believed the future was inscribed for each of us the day we were born. If anything was written in the stars, it was we who joined those dots, and our lives were the writing.”—The Pull of the Stars by Emma Donoghue

“Blanca argued that her reading should be monitored because there were certain things that were inappropriate for her age, but her Uncle Jaime felt that people never read what did not interest them and that if it interested them that meant they were sufficiently mature to read it.”—The House of the Spirits by Isabelle Allende

“These are simply distinguishing factors of North African immigration in France, of which she represents the second generation (as though immigration were a never-ending process, as though she herself were still migrating).”—The Art of Losing by Alice Zeniter

“When the last chime had faded, the house became as silent as if it were underwater.”—Tokyo Ueno Station by Miri Yu

“It was a struggle; gathering the different parts of her mind back together felt as if she were trying to free herself from a pool of grasping hands.”—To Sleep in a Sea of Stars by Christopher Paolini

Were and where sound similar, so it’s easy to get them confused. Misusing them can change the entire meaning of what you’ve written. Always run your writing through ProWritingAid’s grammar checker so you don’t have to deal with any misinterpretations.

These words evolved into the words “were” and “weren” in Middle English, and later became the word “were” we use today.

Now you know the meaning and etymology of the word “were.” Was this article helpful? Let us know in the comments.