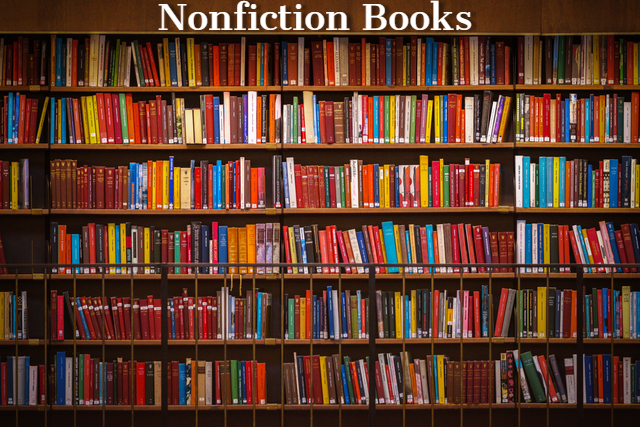 In 2003, I quit my Silicon Valley job and opened a 2,800-square-foot bookstore in Sacramento, California.

My grand plan was to sit in the back office and write novels while the bookstore paid the bills. Nearly everyone I knew back then thought that I had lost my mind, and looking back, I can see why. But at the time it seemed like a perfect plan to me.

I’ve wanted to be a writer since I wrote my first short story in the second grade, so naturally, I assumed I would someday write The Great American Novel.

But when I sat down to tackle the task, it turned out that fiction wasn’t my strength, and that’s putting it mildly. I had to face reality—I completely lacked the imagination needed to write compelling stories.

This realization was rather devastating at the time. After all, I had gambled my entire life savings and career on opening a bookstore, along with the idea that I would finally get to devote my time to writing.

In the midst of all of this, my Silicon Valley friends were making the two-hour trek up to Sacramento to see my store and ask about the whole experience of starting a business.

Many expressed that they wished they had the courage that I did to make such a big leap. They wanted to pursue their own dreams but felt bound by the corporate golden handcuffs.

Their questions inspired an idea. I decided that I would help them realize there could be life after corporate America. In response, I wrote and self-published a business startup guide and began blogging about entrepreneurship.

Those efforts ultimately led to signing with an agent, selling several business and marketing books to traditional publishers, and eventually choosing to return to self-publishing (though that’s a story for another time).

The point is that, because I’ve always loved to write, I thought that meant I should be writing fiction. But in the process of realizing that fiction wasn’t my strength, I discovered a passion and talent I didn’t know I had. I could enrich the lives of readers by writing nonfiction.

Nonfiction includes memoir, self-development, business, health, history, academic writing, and much more, and there are many reasons why you may want to consider delving into this expansive genre.

According to a report from the Association of American Publishers, Adult Trade Nonfiction became the fastest growing trade category of book sales in 2016, surpassing Children’s/Young Adult, which had been the growth leader for the previous two years.

This backs up previous data from a report in Publisher’s Weekly, based on tracking done by Nielsen BookScan.

2. Nonfiction can be easier to write.

Speaking from my own experience, fiction requires a lot of imagination and skill. Some writers spend years developing a novel.

Nonfiction, on the other hand, can be like writing an over-sized report for school. If you loved writing essays in high school and college, nonfiction might be a good fit for you.

3. Nonfiction can be easier to market.

It’s no secret that marketing books isn’t easy. There is a lot of competition out there for readers’ attention.

But if you write a niche nonfiction book about topics such as living with diabetes, becoming a runner or building a pet services business—it’s relatively easy to identify your target audience and get their attention.

5. You can build a profitable business around a nonfiction book.

The harsh reality is that only a small percentage of fiction writers actually earn a living from their books, but I know many nonfiction authors who leverage their books to grow their businesses.

For example, Dana Manciagli is a job search coach based near Seattle, Washington. Her book Cut the Crap, Get a Job helped her land the opportunity to write a national column for The Business Journals.

Her book has also helped her get paid speaking engagements and consulting clients, and has become the foundation for an online course she sells. That little book has generated hundreds of thousands in related revenue.

6. Nonfiction authors are branded as experts.

Whether you write a book about caring for ageing dogs or living with food allergies, you will become instantly recognized as an authority in your subject matter. (Have you ever noticed that the word “AUTHORity” begins with “author”?) And experts are valued as sources for media interviews, speakers at events, and corporate sponsorships. The opportunities are abundant.

7. Nonfiction books can have a long shelf-life.

When you write a book about an evergreen topic, your book can sell for many years to come because readers won’t care about the release date as long as the content is still relevant. Unfortunately, fiction isn’t always granted the same consideration with readers.

8. Nonfiction can allow you to make a difference in the world.

Have you overcome some adversity in your life? By writing about it, you can help others going through similar experiences. Have you figured out how to save money as a single parent? Why not teach other single parents how to do the same?

Nonfiction has the power to impact readers and teach them something new. If you have a cause that is close to your heart, imagine how many people could be impacted by writing a book on the topic.

I love nonfiction so much that in 2010 I launched an annual Nonfiction Writers Conference, a 3-day event conducted entirely online.

I followed that in 2013 with the launch of the Nonfiction Authors Association, a vibrant community of writers at all experience levels. What inspires me most each day is how the books produced in our community are making a positive impact in the world.

By the way, I sold that bookstore three years after flipping on the open sign. It turns out that owning a bookstore store isn’t nearly as romantic as it sounds. But that journey was full of lessons that led me down an even better path—one I never imagined for myself—all because I decided to write nonfiction.

How could your path change if you did the same?

Stephanie Chandler is the author of several books including The Nonfiction Book Marketing Plan: Online and Offline Promotion Strategies to Build Your Audience and Sell More Books. Stephanie is also founder and CEO of the Nonfiction Authors Association, a vibrant educational community for experienced and aspiring writers, and the Nonfiction Writers Conference, an annual event conducted entirely online. A frequent speaker at business events and on the radio, she has been featured in Entrepreneur, BusinessWeek, and Wired magazine. See also: @steph__chandler and @NonfictionAssoc on Twitter and Facebook.com/NonfictionAuthorsAssociation.