One of the biggest hurdles in writing a romance novel is figuring out what to write. It can be hard to find a plot idea or figure out how to open your story.

If you need some fresh ideas for your next love story, check out these romance writing prompts.

What Makes a Successful Love Story?

A good love story needs to have a memorable meet cute, a buildup of romantic tension, and a happily-ever-after ending.

Sure, there are some tragic love stories out there, but most people read and write romance so they can root for love.

It might sometimes feel like all the romance-novel ideas have already been done. That's just because people love reading those familiar themes and tropes over and over again.

You can easily take a familiar concept and change it up to create something new. No love story will ever be exactly like the one you write.

Here's a basic love-story formula you can use to create your own romance: 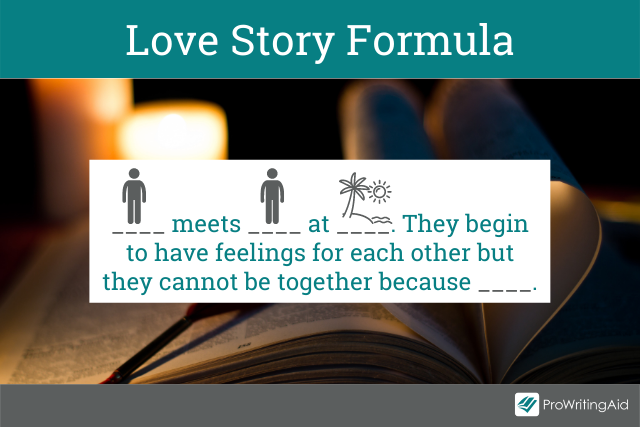 That may look simple, but crafting a love story might take a little more help.

What Are the Main Romance-Novel Themes?

The main themes in romance have to do with love, of course. This might be something like love conquers all, the transformative power of love, or acceptance and belonging.

There are also hundreds of romance tropes. These are familiar story premises or plot points. Romance fans have their favorite tropes and tropes that they hate.

Here are a few popular romance writing prompts that never seem to get old. Can you see any of these as your next story idea? 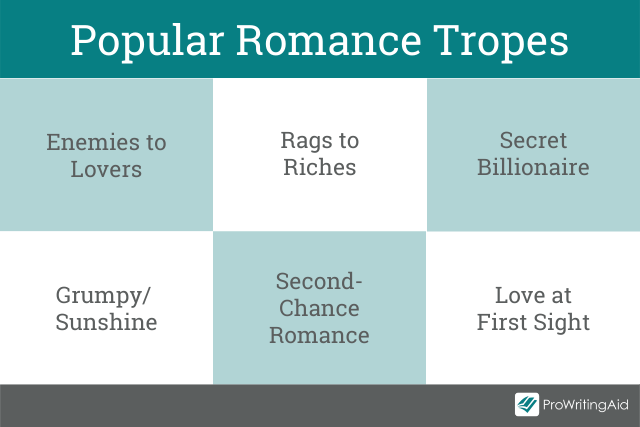 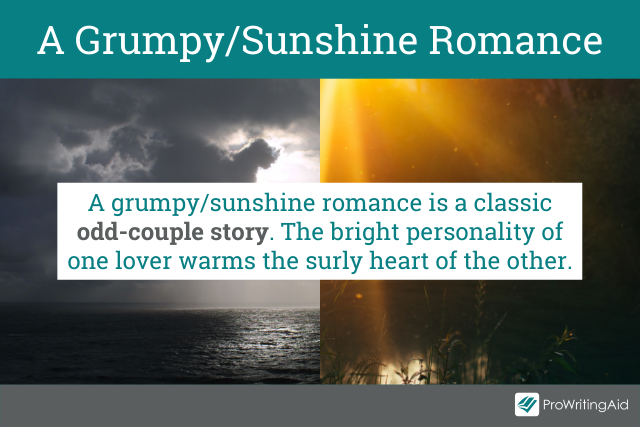 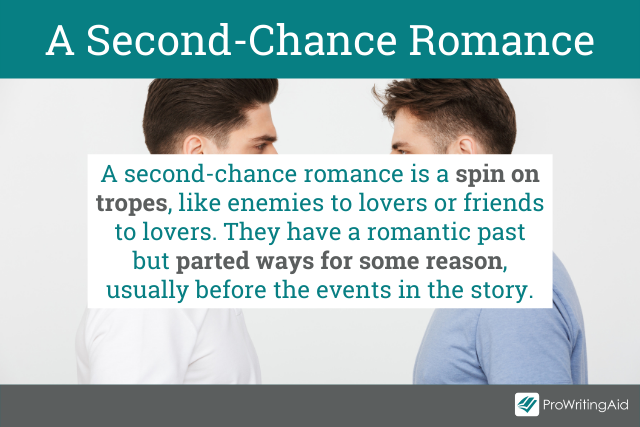 What Does a Love Story Consist Of?

A love story consists of some basic elements: a meet cute, encounters to build romantic tension, getting together or nearly getting together, torn apart by some circumstance, and a reunion and happily ever after. 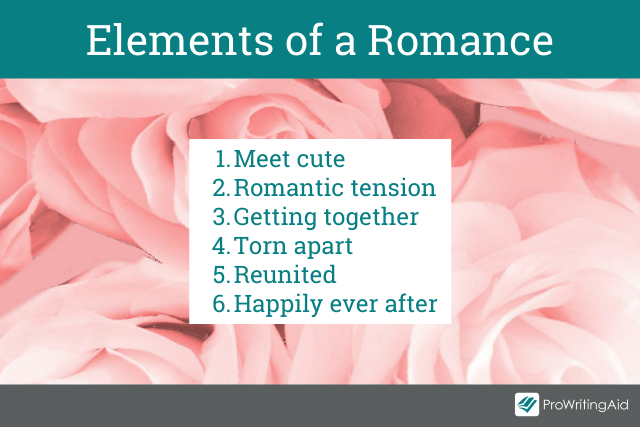 Here are some plot points that might work in your romance novel. 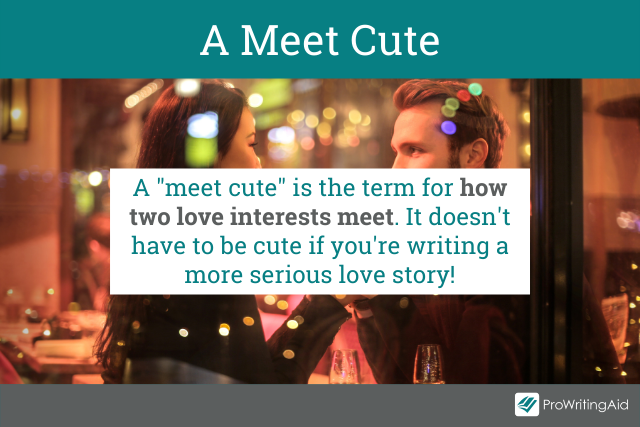 How Do You Start Writing a Romance?

The beginning of your story is crucial. The opening paragraphs of your romance novel establish the tone, the setting, and the characters. That's a lot of pressure!

Below are some story starters if you're stuck on how to begin. Or maybe you are more of a discovery writer or "pantser" and prefer a story starter to a plot idea. Then your plot can develop naturally as you write. 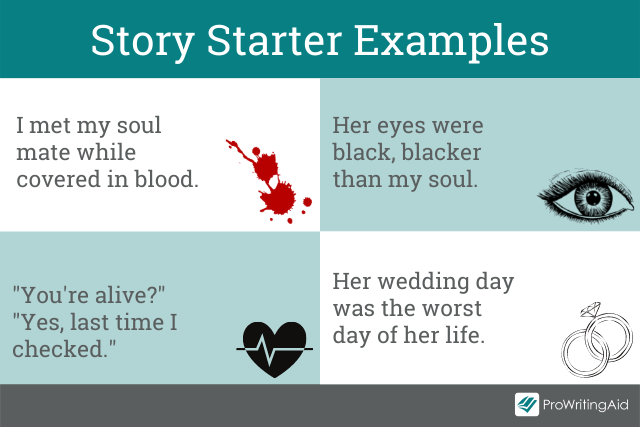 What Are Some Great Romantic Writing Prompts?

Here are even more great romance-story prompts. These are divided by sub-genre. 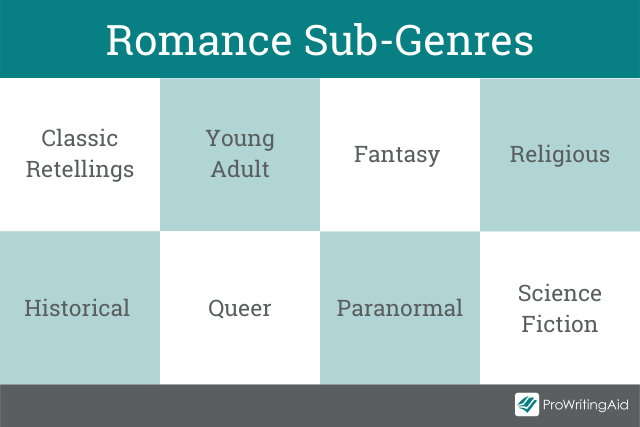 Love with a little bit of magic? It's a spell for success! 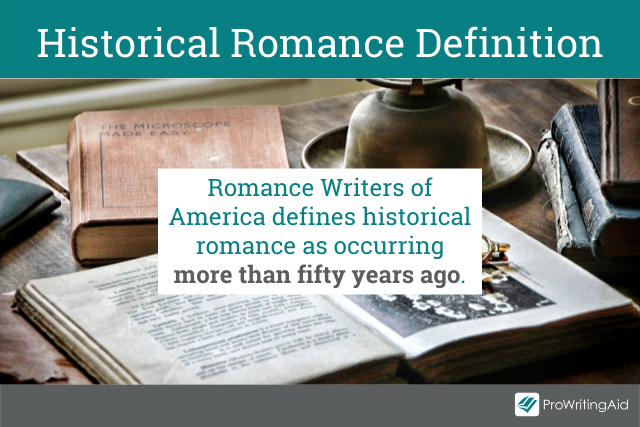 Love is a tale as old as time.

Even extraterrestrials deserve a chance at love.

A love story set in the modern world is easy to imagine.

There's a reason we keep seeing certain stories brought to life over and over again.

What Makes a Love Story Interesting? 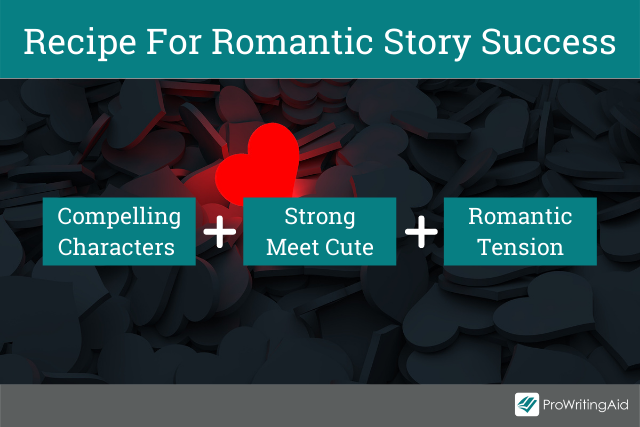 You can quickly create excellent characters through effective and intriguing dialogue. Don't let unnecessary dialogue tags distract the reader from your exceptional dialogue.

ProWritingAid's Dialogue Report can help you locate these pesky tags so you can keep them to a minimum. 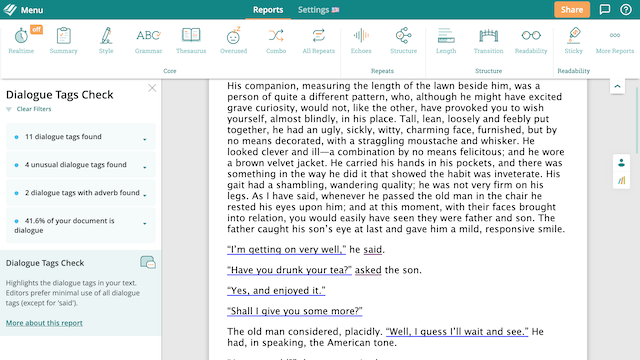 Do you have trouble creating characters? Here are some ideas for the heroes and heroines of your next love story. Can you mix and match any of those in your story?

May Inspiration Strike with our Best Romance Writing Prompts!

We hope you've found some inspiration for your romance novel with these romance writing prompts.

You can also take elements from different prompts and combine them into something completely new!

Playing matchmaker with fictional characters is a blast. Now, pick up the pen or open your blank document and start writing that happily ever after.

Writing romance? Join us for our FREE online summit 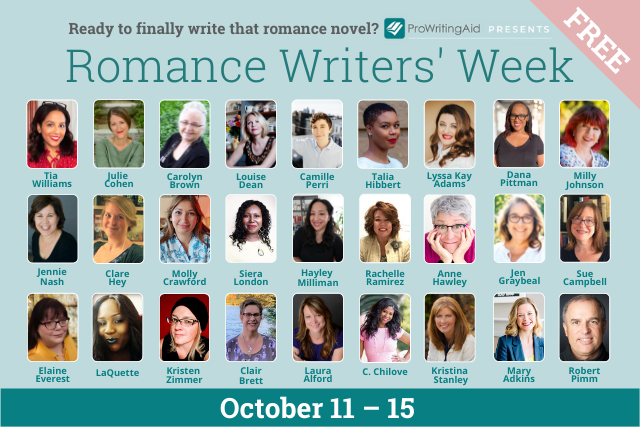 ProWritingAid will be hosting our first ever Romance Writers’ Week in October. Join hundreds of other romance writers to learn what makes a romance novel swoon-worthy. Whether you’re writing contemporary, paranormal, historical, or speculative romance (or something in between), you’ll find practical, actionable sessions to help you plan, write, and market your romance story.