OFC Meaning: What Does It Mean and Stand For? 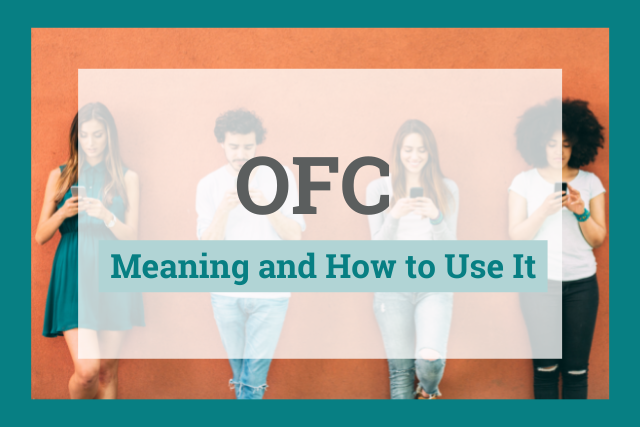 OFC is a popular initialism seen in text messaging and social media. Usually, OFC means one of two things: “of course” or “original female character.”

Today, we’re breaking down what OFC means and how to use it.

What Does OFC Stand for?

The answer to this question is a matter of context. It’s not like the FBI, which only stands for the Federal Bureau of Investigation.

Rather, OFC has wildly different definitions depending on how it’s used.

In texting and internet slang, OFC means “of course.” Sometimes, the F stands for a particularly offensive epithet: of f* * *ing course.

In writing, OFC stands for “original female character.” When encountering this initialism in the wild, one of these two definitions is likely the one you are looking for. 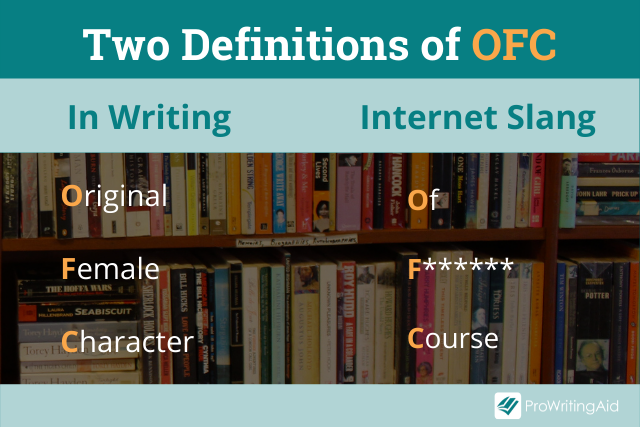 Granted, there are other definitions, such as “Oceania Football Confederation,” and “Oxford Farming Conference.” But these are less likely to be the ones you’re after.

If you’re unsure, focus on the context. If you text a friend asking if you will play board games tonight, and they reply with “OFC,” they mean the sassy “of course.”

If your writer friend asks for constructive feedback on their OFC, they probably mean original female character.

What Does OFC Mean?

In fanfiction, an original female character is one created by a fanfiction author who does not exist in the source material.

For example, if I were to create a long lost grandmother for Harry Potter from the wizarding series—I’ll call her Midge Potter—she would be an original female character. 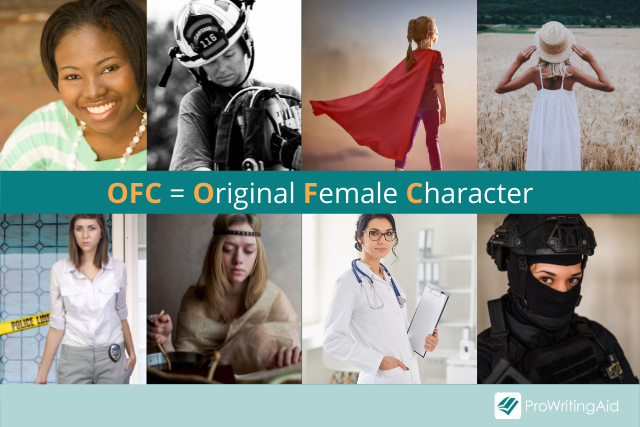 Though OFC originated in fanfiction, it need not apply exclusively to that realm.

Sarah Connor from The Terminator is an original female character. Catelyn Stark from A Song of Ice and Fire is one, and so is Daisy Buchanan from The Great Gatsby.

Any character who identifies as female and is a new creation can be considered an OFC.

More often than “original female character,” OFC means either “of course” or “of f* * *ing course.”

Whether or not someone is using it with the swear word depends on the tone and the relationship of the people in the conversation.

When the tone is emphatic, and the people messaging have a relationship where swearing is acceptable, the abbreviation is probably referencing the more colorful OFC definition.

If it’s a more serious but still casual conversation, or the people messaging don’t usually swear in their communication, it’s a safe bet that it just means, “of course.”

Does OFC Have Different Meanings in Text, Snapchat, and TikTok?

OFC commonly appears in texting and on social media. Regardless of where you see it, the meanings are the same.

Pay attention to the context and tone to determine which OFC definition is meant.

For example, if you’re watching TikToks about a fandom or fanfiction, OFC probably refers to an original female character.

Otherwise, it will mean “of course” or its cursing counterpart.

Is the Abbreviation OFC Slang?

Though anyone can use OFC, it’s most appropriate to use among friends. The F in the middle is a profanity, so if you use this term with a stranger, you might very well rub them the wrong way.

One should almost never use OFC in an academic or professional setting (unless you’re texting a coworker who is also a good friend, or some similar situation).

ProWritingAid’s variety of writing style options ensure that your language matches the intended context; what you write in a casual text message wouldn’t be suitable for a business pitch.

OFC is generally acceptable in text messaging, though it’s probably more appropriate for friends than for, say, grandparents or bosses.

The same rules apply to email. When emailing a friend or someone with whom you have a good rapport, the term is fine. Otherwise, it’s probably best avoided.

Examples of OFC Used in Sentences

Let’s look at some examples of how to use OFC.

First, here are some examples of how you might use OFC to talk about a female character.

Now, here’s a text example of OFC. It’s a safe bet that this example includes the F-word.

Friend 1: Are we watching a Nicolas Cage film tonight?

Here’s another casual example of OFC where it means “of course.”

Friend 1: Are u wearing the little black dress on ur date?

If you’d like help tracking all the acronyms and initialisms in your text, try using ProWritingAid’s Acronym Report.

It shows you which acronyms and initialisms you have defined and where they still need defining, if anywhere.

Make sure you use the report, otherwise you might confuse your readers.

(This article was updated by Krystal N. Craiker.)