Is vs Was: What’s the Difference? 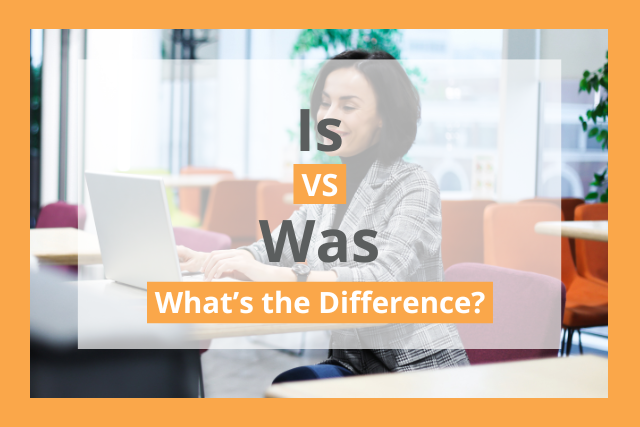 The words is and was are both conjugations of the auxiliary verb “to be.” We use is in the present tense, and we use was in the past tense.

Learn more about the differences between is and was, and see examples of each word in sentences so that you know how to use them in your writing.

What’s the Difference Between Is vs Was?

Let’s look at each word in more detail along with their plural forms.

Is: Definition and Meaning

Is is the present continuous tense, third-person singular version of “to be.” It describes something that is happening now to one person or thing. For example, the sentence “she is running” describes a girl who is running now.

Alternatively, if you wanted to describe an event happening now to multiple people or things, use the word are. For example, “they are running” describes a group of people who are running now. 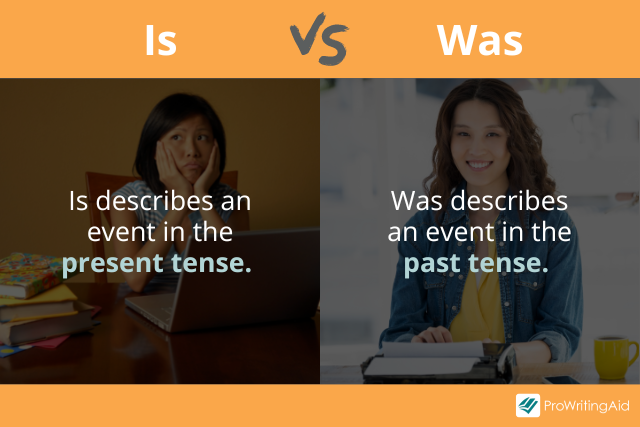 Was: Definition and Meaning

Was is the past continuous tense, third-person singular form of “to be.” It describes an action that happened in the past to one person or thing. For example, “he was cooking” describes a boy who used to be cooking, but now isn’t.

Alternatively, if you want to describe an event that has happened to multiple people or things, use the word were. For example, “they were cooking” describes a group of people who used to be cooking, but now aren’t.

When to Use Is vs Was

The best way to remember how to use words is to see them in action! Here are some example sentences that include the words is and was.

Examples of Was Used in Sentences

Examples of Is Used in Sentences

Examples of Is and Was in the Same Sentence

English grammar is tricky, and is and was are no different. Sometimes, both words can be used in the same sentence. For example:

The first sentence is asking a question in the present tense. The speaker wants to know if Daisy is presently in the same location that she was in the previous night.

Although flipped, the second sentence is also in the present tense. The speaker has acknowledged that the cat is now molting, and they want to know if the cat was molting in the same way last week.

Conclusion on Is vs Was

To finish, here is a quick summary of the differences between is and was.

If you follow these three simple tips, you can’t go wrong!