How Many Letters Are in the Alphabet?

An alphabet is a set of symbols used to represent consonants and vowels.

Almost every written language has an alphabet, however, they all have a different number of letters.

So how many letters are in different alphabets around the world?

Read on to learn about the alphabets of languages worldwide, and the number of letters they include.

How Many Letters Are There in the English Alphabet?

Each letter has a lowercase and an uppercase form.

Sometimes Y is also considered a vowel, depending on the role it plays in the word. 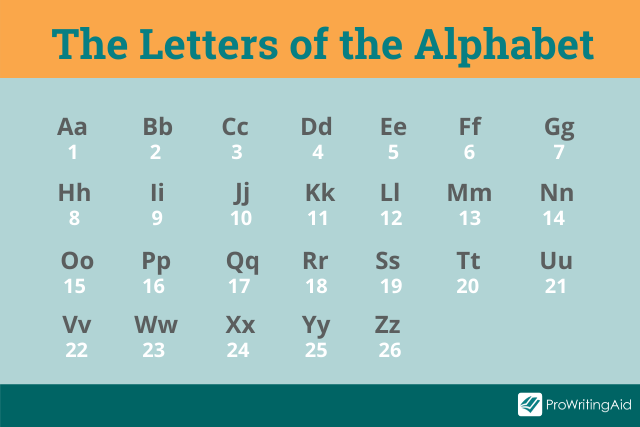 Super Quick History of Letters in the English Alphabet

The modern English alphabet is based on Latin script, which originated in Italy in the 7th century BC. The Latin alphabet was the foundation for many newer alphabets, including French, German, and English.

The Old English alphabet included other letters that we no longer use today: the long S (ſ), Eth (Ð and ð), Thorn (þ), Wynn (ƿ) and Ash (ᚫ; later written as Æ and æ).

The remaining 3 letters in the modern English alphabet (J, U, and W) were added later on.

Until 1835, the English alphabet comprised of 27 letters: all the letters we have today, plus the ampersand (&), which came right after Z.

How Many Letters Are There in Alphabets in Different Languages?

Let’s look at the number of letters in popular languages around the world.

Letters in the Arabic Alphabet

There are 28 letters in the Arabic alphabet. All of them represent consonants rather than vowels.

The Arabic language is written from right to left in a cursive style. It uses several symbols outside of the alphabet itself, including short vowel markers and markers of pronunciation. 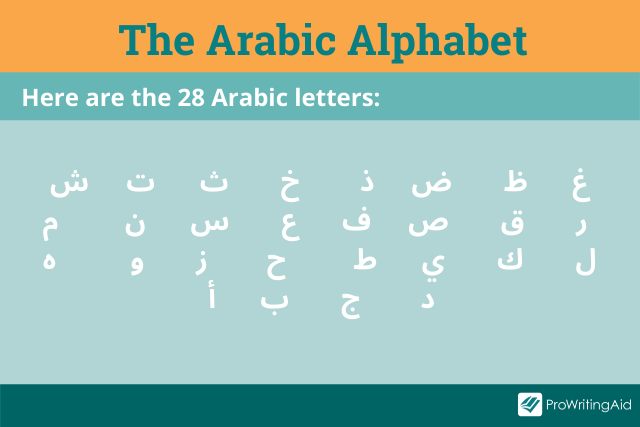 Letters in the Spanish Alphabet

The Spanish alphabet has 27 letters. It has all the same letters as the English alphabet, plus the letter “ñ,” which comes after “n.”

Until 2010, there were actually 29 letters in the Spanish language. The two extra letters were “ch” and “ll,” which both have distinct pronunciations.

Letters in the French Alphabet

The French alphabet comprises the same 26 letters as the English alphabet.

It also includes some accent marks that English doesn’t, such as “é,” and “ç.” However, these are modifiers added to existing letters, not separate letters.

Letters in the Russian Alphabet 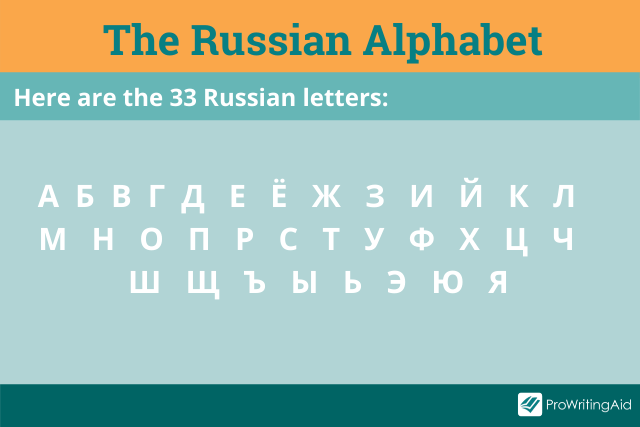 Letters in the Greek Alphabet

Letters in the Hebrew Alphabet

There are 22 letters in the Hebrew alphabet.

Hebrew, also known as Jewish script or square script, is written from left to right. It has no distinction between uppercase and lowercase forms, and like Arabic, the Hebrew alphabet includes no vowels. 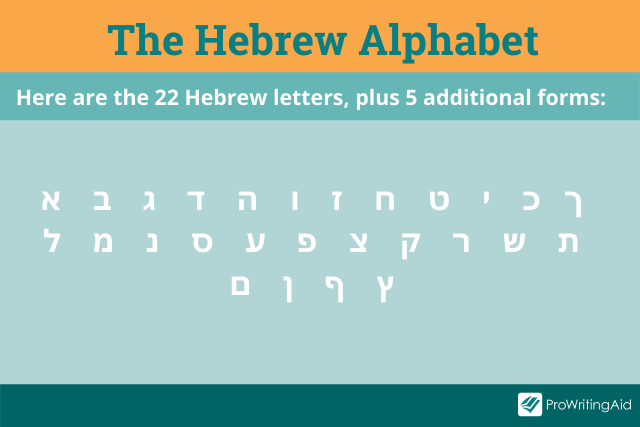 Now you know how many letters popular alphabets have.

Do you speak any other languages? Tell us about its alphabet in the comments!