And Symbol: When & How to Use an Ampersand 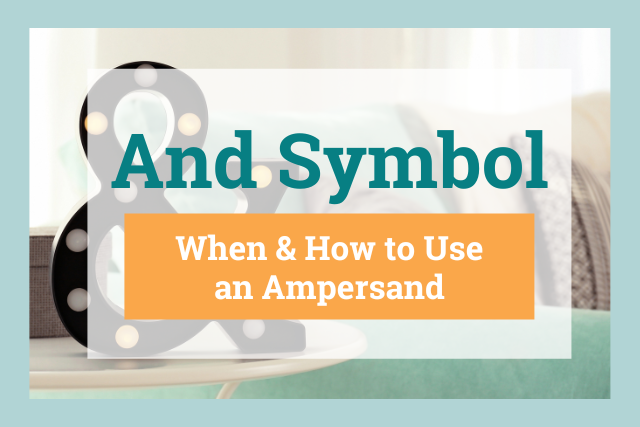 The and symbol, or ampersand, is used as a shorthand way to write the common word “and.”

We don’t use it very often in English literature, but we do use it in references, titles, and some abbreviations.

Here’s what you need to know about the ampersand symbol.

What Is the And Symbol Called?

The and symbol is called an ampersand.

The and symbol is an example of a logogram, or a written symbol that represents an entire word.

The ampersand symbol first appeared in a Latin script to mean et. It started out in Old Roman cursive as a ligature, which is a combination of two letters. The Old Roman script and later scripts combined the E and T into the ampersand.

The word ampersand didn’t appear until 1797, even though the ampersand symbol was widely used for centuries before.

What Is an Ampersand and Its Symbol?

You’ve learned that the ampersand symbol represents the word “and,” but it might surprise you that it used to be the 27th letter of the English alphabet!

The word “and” is so common that the ampersand was part of the alphabet. It came after Z.

Eventually, this turned into the word “ampersand.” By the early 1600s, the and symbol was no longer considered a letter.

The Different “And” Symbols and How to Write Them

There are several ways to write the and symbol. The classic way, &, is how it appears on the 7 key on a QWERTY keyboard.

In the Unicode font, there are several variations of the ampersand character, including an upside down one and several ornamental versions.

Ampersand entity name (without the spaces): & a m p ; 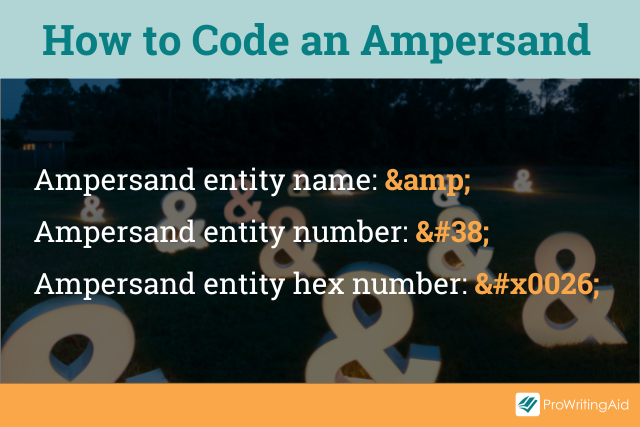 How to Use the And Symbol Correctly

We rarely use & in formal writing. The ampersand has very specific uses.

First, it’s used in references in essays or other papers in the academic world. When there is more than one author on a paper, some style guides, like APA, require you to use an ampersand between last names.

The Writers Guild of America also uses the and symbol to show collaboration between two or more writers. A common example of this usage is the book The Elements of Style by Strunk & White.

Certain abbreviations that include the word and also use an ampersand. For example, L&D is a common abbreviation for the labor and delivery ward at hospitals.

Some titles of books, movies, TV shows, games, or other media use an ampersand to represent the word and. Jane Austen’s Pride & Prejudice is an example, as is the popular game Dungeons & Dragons.

If the ampersand connects words or names, put a space on either side of the symbol. If it’s connecting letters in an abbreviation, no space is necessary.

Examples of an Ampersand Symbol Used in Sentences

Let’s look at some more examples of how to use the and symbol in writing.

The Ampersand in Reference Lists in Essays

Here is how you would use the ampersand when writing an essay.

Only use the ampersand inside of a parenthetical citation or in a works cited list. Outside of the parentheses or brackets, write out the word and.

The Ampersand in Movie and TV Show Titles

Sometimes, movies and TV shows choose to use an ampersand symbol in their titles.

The Ampersand in Abbreviations

Here are some examples of ampersands in abbreviations:

Conclusion on the And Symbol (&)

The ampersand symbol has a long history, but we only use it in rare situations these days. ProWritingAid can help you get it right every time.