The Grammar Guide Abbreviations How to use a hyphen after adverbs?

How to use a hyphen after adverbs? 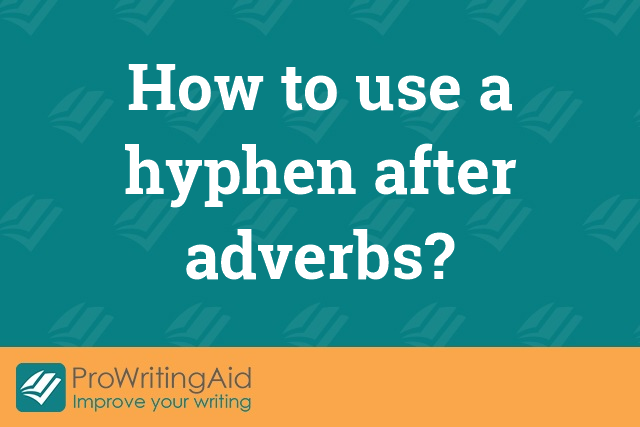 We use adverbs to modify or describe words such as verbs, adjectives, and other adverbs. We can also create compound modifiers by linking an adverb and adjective to describe a noun. In many cases, we use a hyphen to link these two words.

However, many adverbs end with the suffix -ly. When using these adverbs to create a compound modifier, do not use a hyphen.

Another adverb that doesn't need a hyphen is very. Treat very like an -ly adjective. She is a very tired girl, not a very-tired girl. Also, remember that some -ly words are not adverbs. You will still use a hyphen if the first word is not an adverb.

The rules change when the compound modifier follows the noun. Different style guides have different rules about hyphens when the compound modifier is later in the sentence. For instance, the Chicago Manual of Style would say the man was well read. The University of Iowa style guide says that modifiers with well should always be hyphenated. In that instance, the correct phrase would be the man was well-read. Always check your required style guide for more details.

Abbreviations
It's vs Its: When Should You Use Them

Abbreviations
What is the difference between "weather" and "whether"?

Abbreviations
What is the difference between "breath" and "breathe"?

Abbreviations
Passed vs. Past: What's the Difference?

Abbreviations
What is the difference between "advise" and "advice"?

Abbreviations
What is the difference between 'complement' and 'compliment'?