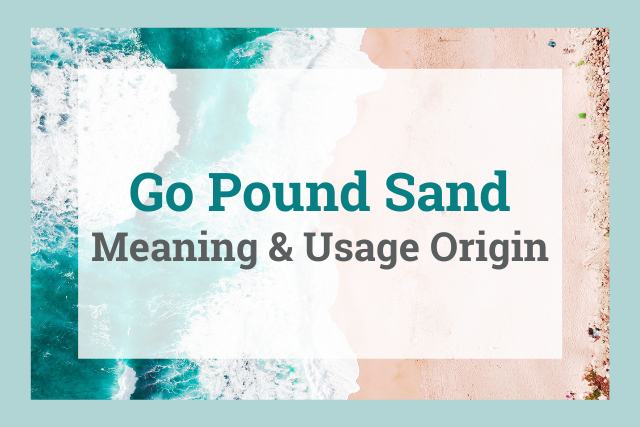 If someone tells you to go pound sand, what exactly do they mean? Pounding sand isn’t the friendliest idiom in English, but it can be useful when you want to say something meaner.

Let’s take a look at the idiom pound sand in more detail.

Go pound sand tells someone they don’t have enough sense to do anything worthwhile. Pounding sand is pointless, menial work. The phrase implies that they’re better off doing something stupid than bothering you. It expresses an additional level of disdain and contempt than by just saying, “go away!”

However, it is still more polite than using swear words to express the same sentiment; no expletives required! 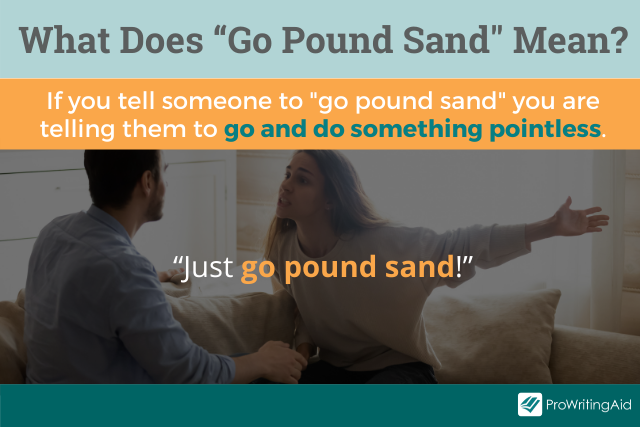 What Other Ways Are There to Say Go Pound Sand?

There are similar versions of the expression. You might hear someone say “whack sand.” Other people might have learned the phrase “go pound salt.”

Whether you tell someone to pound sand or pound salt, the meaning is the same.

The idiom also has a longer expression. The less vulgar version is “go pound sand in your ears.” (The more vulgar version replaces “ears” with “a**.”) 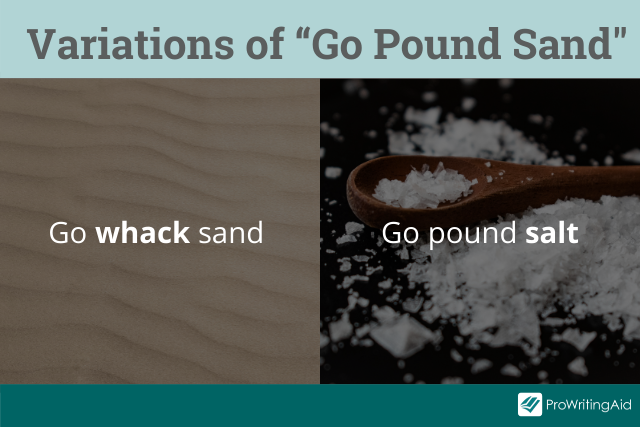 Origin of the Sayings Pound Sand and Go Pound Sand

The earliest form of the expression dates back to 1857. Oxford English Dictionary defined it as “a menial task.”

Another early meaning of the idiom meant someone was “hopelessly stupid," according to a publication from 1886.

The phrase “not enough sense to pound sand” was a longer expression to say someone was extremely dumb.

After World War II the phrase appears to change meaning, although it’s not clear exactly when and how this shift occurred.

One source from 1948, Southeast Economist, implies that the intended meaning of “pound sand in your ears” meant “to soft pedal the noise, or tone down a situation.”

“From her store of memories Mrs. Mary R. Stuart of Harvard Ave, perpetrator of this column of sayings of wisecracks popular in the ‘Oh yeah?’ era, recalls that ‘go pound sand in your ears’ meant to soft-pedal the noise.”

By the 1960s, the phrase had arrived at its current meaning which is telling someone to go away with an extra level of disdain.

The phrase originated in American English in the Midwest states. It’s much more common to hear someone say it in the Midwestern United States than anywhere else.

Examples of Go Pound Sand Used in a Sentence

How do you use this colorful idiom in a sentence? It’s used when someone has made you mad. Here are some examples of how you might use it. 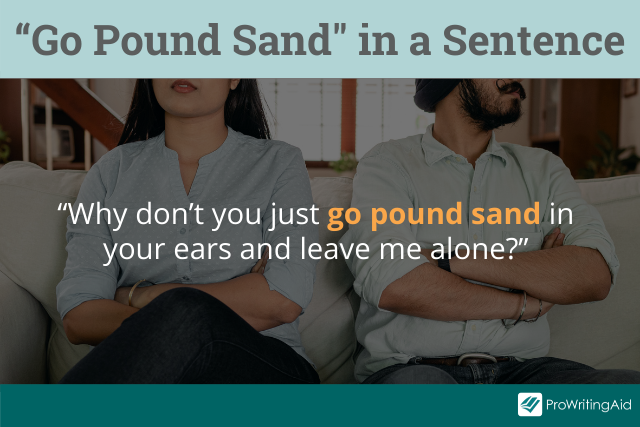 There are some famous examples of the phrase. One of the most popular comes from Max Yasgur, who hosted the famous Woodstock Music Festival in 1969.

He told the local authorities, “Well, you can all go pound sand up your a**, because come August 15, we’re going to have a festival.”

Another example comes from President Harry Truman. When discussing fifty journalists who predicted he would lose his election he said:

“I know every one of those fifty fellows and not one of them has enough sense to pound sand in a rathole.”

Should I Use Go Pound Sand in My Writing?

Clichés that are specific to geographic regions can make your writing less accessible to English speakers from other parts of the world.

Idioms are also difficult for non-native speakers to understand because they don’t translate literally.

You can check your writing for clichés and idioms, like go pound sand, with ProWritingAid’s Cliché Report.

While clichés aren’t all bad, you should use them sparingly in your writing to improve readability.