Full Proof vs Foolproof: Which Is Correct?

If you’re wondering whether to write foolproof or full proof, you’re not alone. Many words in the English language are tricky to spell, including this one.

So, which spelling are you supposed to use?

Read on to learn more about what foolproof means and how to use this word correctly.

Is Full Proof a Real Word?

Accidentally writing full proof is an easy mistake to make. After all, full and fool are almost homophones, which means they sound very similar when spoken aloud. 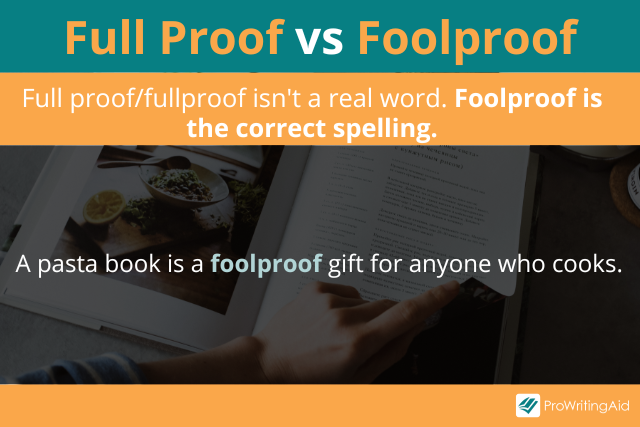 However, full proof isn’t a real word. Neither is fullproof without a space. If you use either of these spellings, your writing may come across as unclear at best and unprofessional at worst.

You should never say “full proof plan,” for example. The correct phrase is always “foolproof plan.”

If you’re not sure you’re using the right spelling, you can always run your work through ProWritingAid, which will help you correct spelling errors with a single click. 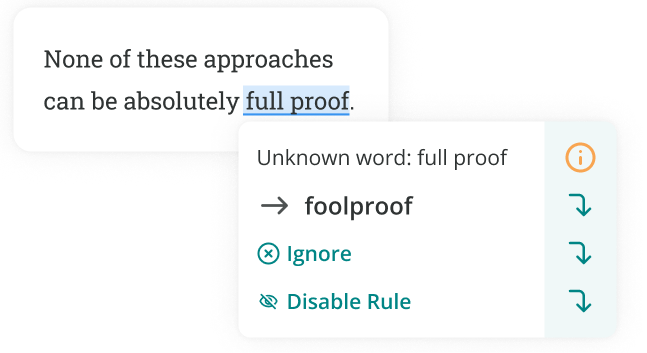 Foolproof is an adjective that means “incapable of going wrong.”

Another way to think of it is that foolproof means “immune to fools.” A foolproof plan is so dependable that a fool could pull it off.

Similarly, you might say, “I’ve developed a foolproof system for sorting my laundry.” That means you think your laundry-sorting system is very reliable and unlikely to go wrong.

Some common synonyms of foolproof include infallible, flawless, and reliable.

The best way to remember how to use a word is to see it in action! Here are some examples of foolproof in sentences from popular English books.

“A common mistake that people make when trying to design something completely foolproof is to underestimate the ingenuity of complete fools.”—Douglas Adams, Mostly Harmless

“No matter how grandiose, how well-planned, how apparently foolproof of an evil plan, the inherent sinfulness will by definition rebound upon its instigators.”—Neil Gaiman, Good Omens

“His priority did not seem to be to teach them what he knew, but rather to impress upon them that nothing, not even... knowledge, was foolproof.”—J.K. Rowling, Harry Potter and the Order of the Phoenix

“Never say ‘pull yourself together’ or ‘cheer up’ unless you’re also going to provide detailed, foolproof instructions.”—Matt Haig, Reasons to Stay Alive

“In the end I chose the names I still liked after repeating them 100 times. It’s a foolproof test. You repeat something 100 times and if you still like it it’s because it’s good.”—Juan Pablo Villalobos, Down the Rabbit Hole

“If a robot can be manipulated into doing harm to a man, it means only that we must extend the powers of the positronic brain. One might say we ought to make the human better. That is impossible, so we will make the robot more foolproof.”—Isaac Asimov, The Naked Sun

“Dad tells me there’s no such thing as easy, no foolproof way to get through life unscathed. Every decision brings challenges. So, we don’t get easy. We only choose our hard.”—Caroline George, The Summer We Forgot

“It wasn’t a foolproof method, but it was 90 percent effective.”—Martha Wells, Network Effect

Tips for Remembering the Correct Form of Full Proof

To remember how to write foolproof correctly, think about it as a compound word.

The two component words of foolproof are fool and proof. A fool is a stupid, mindless, or incompetent person who can easily mess something up, and the suffix -proof means “protected against.” If something is foolproof, it’s so solid that even a fool can’t get it wrong.

When you think of it this way, it’s clear that full proof doesn’t make sense because you’re not talking about something that’s impervious to being full.

There you have it—a foolproof guide to remembering how to spell this word correctly! 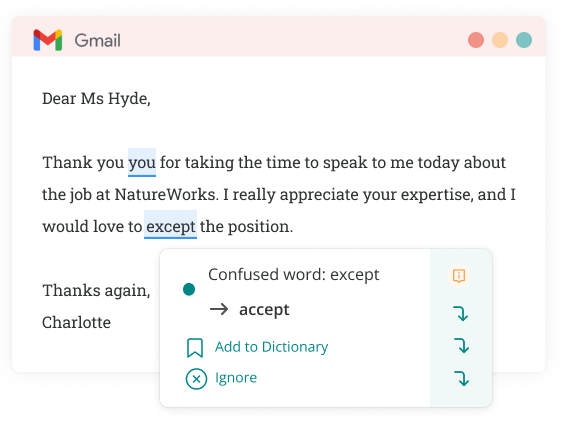