Fiancé vs Fiancée: What's the Difference?

Both fiancé and fiancée are taken from the French language and refer to someone who is engaged to be married. However, the two words are not traditionally synonymous.

Learn more about the difference between fiancé and fiancée, and see some examples of each word used in sentences.

Fiancée vs Fiancé Definition and Meaning

Both fiancé and fiancée have the same definition: they refer to someone who is engaged. But the two terms are traditionally gendered. Fiancé is the masculine form and fiancée is the feminine form. Let’s look at the difference in more detail. 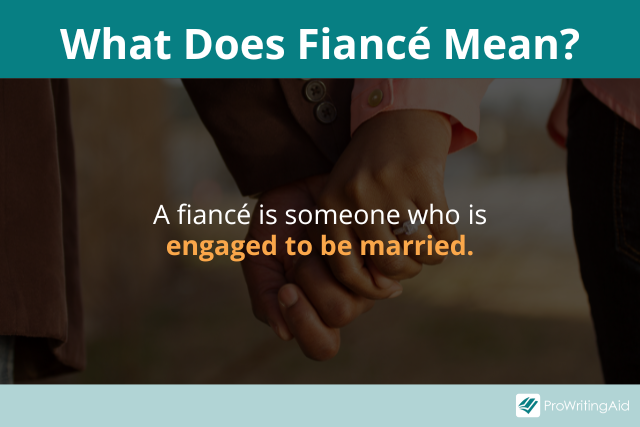 Fiancé, with one E, traditionally refers to an engaged man. However, many modern English speakers use fiancé as gender-neutral language to refer to anyone who is engaged.

Fiancée, with an extra e, refers specifically to an engaged woman. This word is less commonly used ecause it cannot refer to a male in the same way that fiancé can refer to a female.

Where Does the Word Fiancé Come From?

How to Pronounce Fiancé vs Fiancée Correctly

Despite the extra e, fiancé and fiancée are both pronounced exactly the same way.

Examples of Fiancée Used in Sentences

The best way to learn how to spell and use a word correctly is by seeing it in sentences. Here are some examples of fiancé and fiancée in complete sentences.

Examples of Fiancé Used in Sentences

And now, here are some examples of the word fiancé used in sentences. In some instances, the word is specifically masculine; in others, it is a gender-neutral term.

Conclusion on Fiancé vs Fiancée

Using the words fiancé and fiancée correctly is easy, as long as you follow two simple rules.