EDT vs EST vs ET: What’s the Difference? 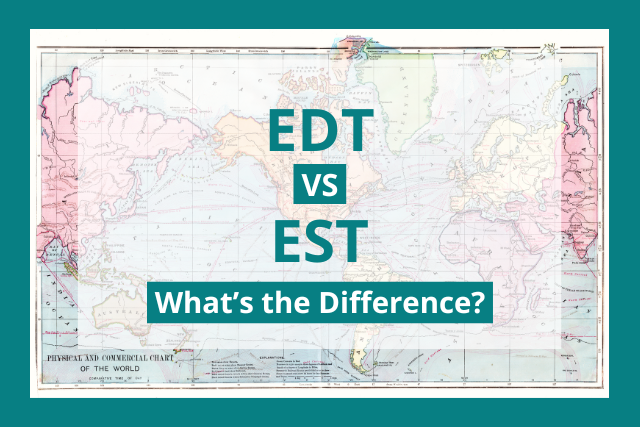 If you know anyone who lives in the Eastern parts of North America, Central America, or the Caribbean, you’ve probably seen the initialisms EDT, EST, and ET before.

All three of these initialisms refer to the Eastern Time Zone, the time zone that spans from eastern Canada down to Panama.

If you’re wondering why there are three different abbreviations for the same time zone, you’re not alone. Many people mix up these three initialisms every day.

So what exactly are the differences between EDT, EST, and ET? 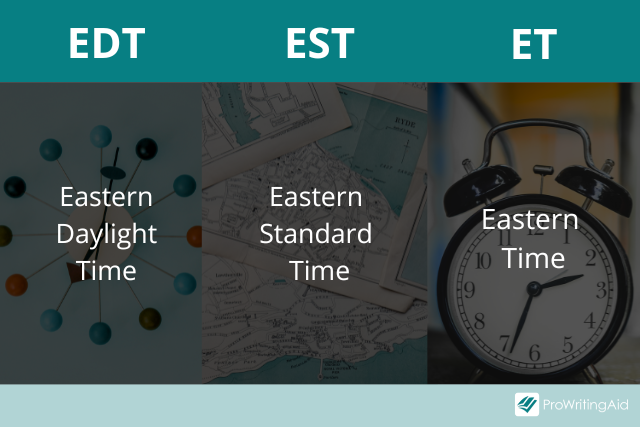 This article will give you a complete guide to EDT vs EST vs ET and help you use these abbreviations correctly in your written communication.

What’s the Difference Between EDT, EST, and ET?

The reason there are three different initialisms for the same time zone is because of Daylight Saving Time, which is a clock-changing practice observed in many countries around the world. 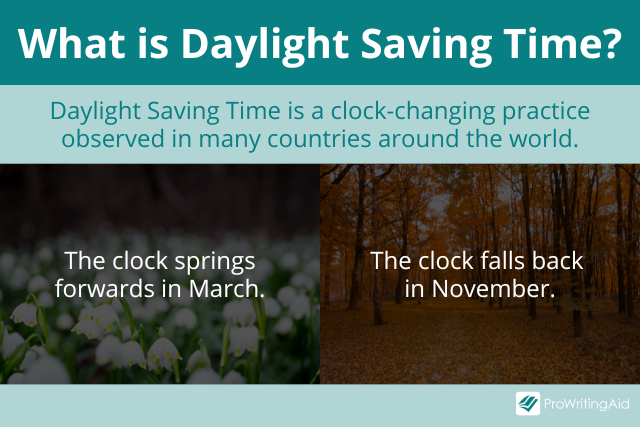 Meanwhile, ET (Eastern Time) is a flexible term that refers to either EDT or EST, whichever one is currently in use.

Let’s take a closer look at each of these acronyms and when it’s appropriate to use them.

In areas that observe Daylight Saving Time, EDT is the local time zone from the second Sunday in March to the first Sunday in November.

It’s correct to use EDT in spring and summer.

In areas that observe Daylight Saving Time, EST is the local time zone from the first Sunday in November to the second Sunday in March.

It’s correct to use EST in autumn and winter.

If you’re in an area that observes Daylight Saving Time and you’re not sure whether to use EDT or EST, it’s always safe to use ET. ET refers to EST when EST is the local time and EDT when EDT is the local time.

Which US States Use ET, EST, and EDT?

The Eastern Time Zone (EST/EDT/ET) includes the following US states:

It’s best practice to check the time zone of a specific city or county to make sure you’re using the correct one.

Which Countries Use ET, EST, and EDT?

The Eastern Time Zone encompasses parts of the following countries:

Out of all the countries on the list above, these are the ones that observe Daylight Saving Time every year, and therefore use both Eastern Standard Time (EST) and Eastern Daylight Time (EDT):

Not all countries observe Daylight Saving Time. The following places are the ones that don’t switch their clocks every year, and are therefore in Eastern Standard Time (EST) all year long:

How to Know Whether It’s EST or EDT Right Now

Is it EST or EDT right now? This is a common question that many people ask every year.

If you’re not sure whether to use EDT or EST, it’s always safe to stick with ET.

Conclusion on EDT vs EST vs ET

It’s important not to mix up EDT and EST, especially in the digital age, so you don’t accidentally schedule a conference call for the wrong time. After all, UTC-4 is a full hour ahead of UTC-5.

Hopefully, this article helps you keep your time zones straight!