Blog Grammar Rules Do You Need to Use a Comma Before or After "However" in Your Writing?

Do You Need to Use a Comma Before or After "However" in Your Writing?

Here’s the definitive answer to the question of when to use a comma before however: sometimes.

Here’s the definitive answer to the question of whether to use a comma after however: it depends.

Grammar and punctuation have lots of rules—lots of very specific rules with so many exceptions and conditions that trying to understand them can feel like trying to unravel a tangled ball of string. The rules for punctuating "however" are part of that ball, but fortunately, they aren’t too difficult to untangle. 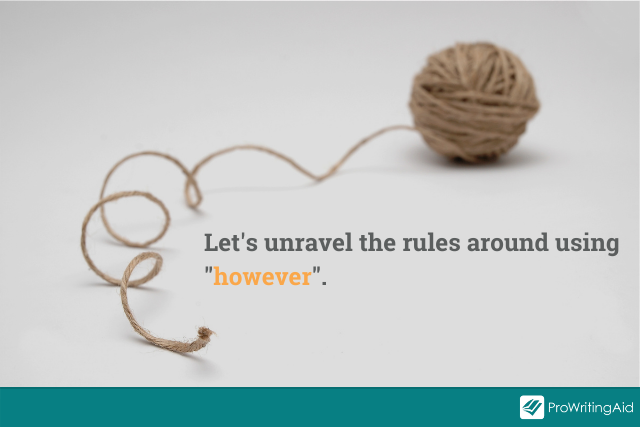 Do You Need a Comma When Using However as a Conjunctive Adverb?

Think of it as meaning in contrast, on the other hand, or but. When you use however this way, one option is to put a semicolon before and a comma after the however:

If you don’t love semicolons, a second option is to put a period at the end of the first clause. Then, capitalize however and keep the comma after it:

Punctuation and grammar rules state that two independent clauses connected with a conjunctive adverb cannot be joined with only a comma. The semicolon is strong enough to hold them together, and the full stop of the period is powerful enough to break the clauses apart.

Though some writers rebel against this rule and surround their conjunctive adverbs with commas, most still prefer the significant pause the semicolon or period offers.

Do You Need a Comma When Using However as an Adverb or Conjunction? 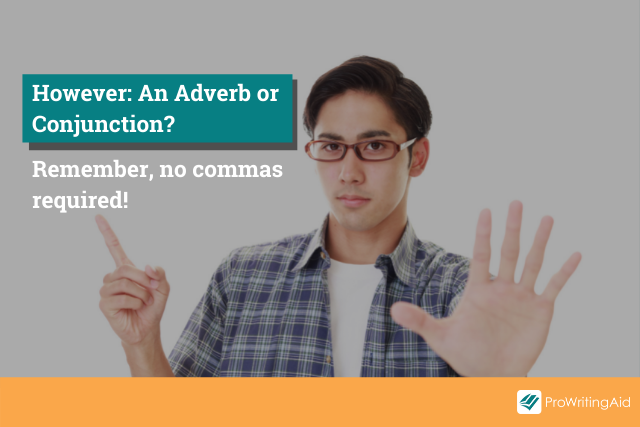 When you’re using however either as a conjunction or an adverb, it doesn’t require commas. Let’s take a look at some examples within three different categories of meaning.

2. Using However to Mean To Whatever Extent or Degree

3. Using However to Mean By Whatever Means

Do You Need a Comma When Using However as an Aside, Interrupter, or Parenthesis? 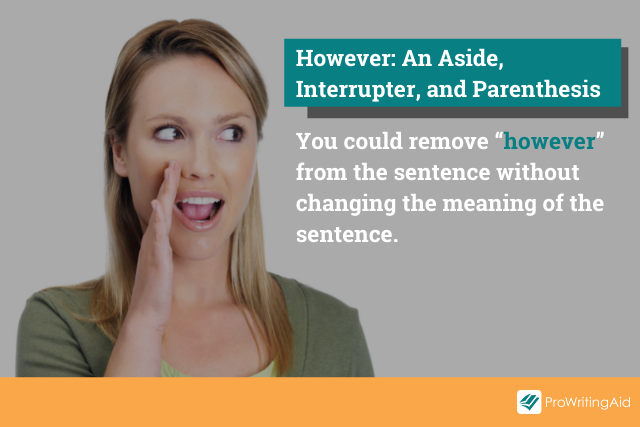 Aside, interrupter, and parenthesis are interchangeable terms in this grammatical context. They all indicate the use of however as a word that shows contrast (most closely, though), but in these cases, the word is not an essential part of the sentence. Simply stated, you could remove however from the sentence without changing the meaning of the sentence.

So what about commas?

If you use it as an aside in the middle of your sentence, put a comma before and after however. For example:

If you use it as an aside at the end of a sentence, put a comma before however and a period after it. For example:

Do You Need a Comma When Using However in Interrogative Sentences?

Finally, you can use however at the beginning of an interrogative sentence (a question) when you’re expressing surprise or wonder. In this case, however translates to How in the world …? and is a less common use of the word. For example:

While there are a variety of good ways to use however in your writing, overuse or misuse of any word can distract your reader. Use the ProWritingAid All Repeats Report to ensure your work isn’t overloaded with howevers, and the Grammar Report to confirm you’ve used it correctly. 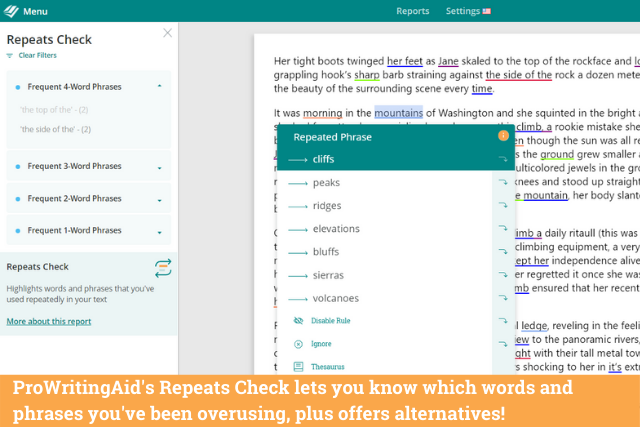 Quick Tips: Using However in Your Writing

Here’s a quick reference list to help you keep that ball of rules and conditions neat and untangled, at least when it comes to using however in your writing.

However at the Beginning of a Sentence

TIP: Some other common conjunctive adverbs that require this punctuation pattern include furthermore, moreover, consequently, additionally, and therefore. 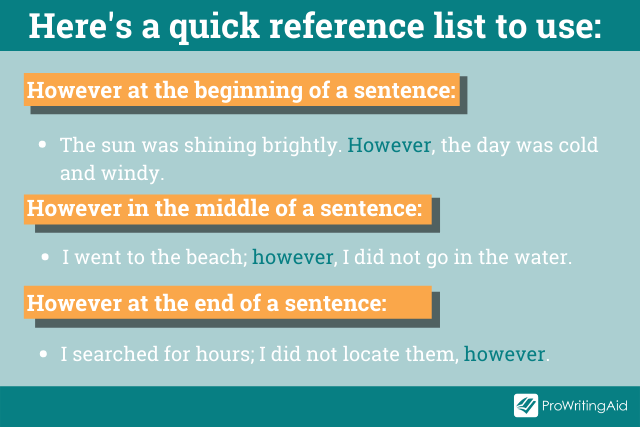 However in the Middle of a Sentence

TIP: Using however (or other conjunctive adverbs) this way also serves to add emphasis to your comments.

However at the End of a Sentence

Put a comma before and a period after however when you use it at the end of a sentence.

And there you have it. However you use it, you’ve got however and the punctuation that accompanies it under control!