Comma Before Because: Using Because in a Sentence 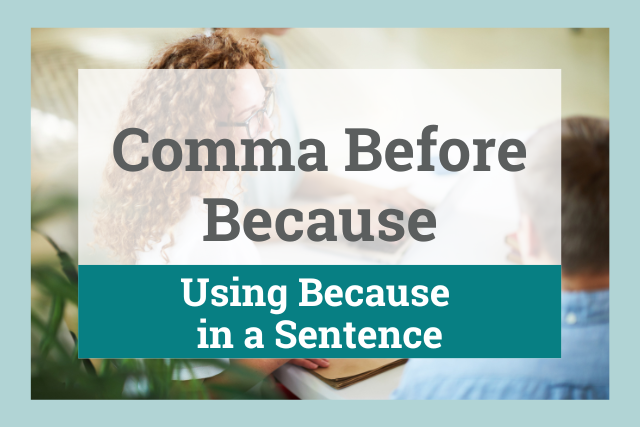 Comma usage is a tricky aspect of the English language. If you’re wondering whether you need to use a comma before because, you’re not alone!

So when do you need to use a comma before because?

You usually shouldn’t use a comma before because. However, if the lack of a comma causes any ambiguity, then you should use a comma for clarity.

In this article, we will explain this grammatical rule and give you examples of sentences that do and do not use a comma before the word because.

Is There a Comma Before Because or After Because?

The word because is a subordinating conjunction, which means it connects a subordinate clause and an independent clause.

Most of the time, you shouldn’t use a comma before because, because this type of sentence doesn’t need one.

For example, consider the sentence, “I stayed home from work because I felt sick.” 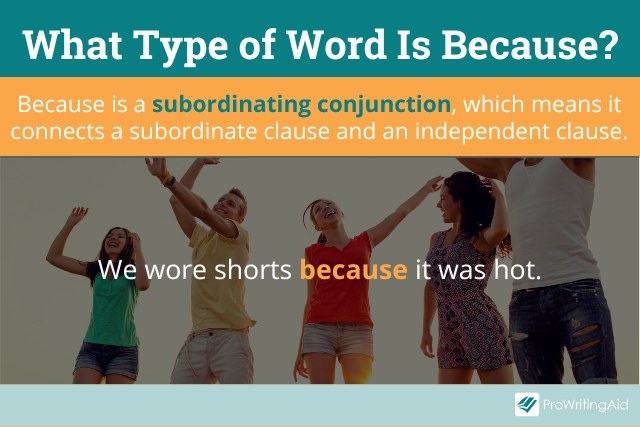 However, there are some scenarios in which the sentence would be too ambiguous if you didn’t use a comma before because. Let’s look at this possibility in more detail.

When to Use a Comma Before Because

One common example is when the independent clause that comes before because is a negative statement that contains words like don’t, couldn’t, or wouldn’t.

This example is confusing because it has two possible meanings.

One meaning is that some other reason caused Bob to get good grades, e.g. “Bob didn’t get good grades because of his IQ. The real reason was because he studied really hard.”

The other meaning is that Bob’s low IQ caused him to get poor grades.

In this case, you should put a comma before because: “Bob didn’t get good grades, because of his IQ.” By creating a slight pause between the two clauses, the comma helps clarify the ambiguity. 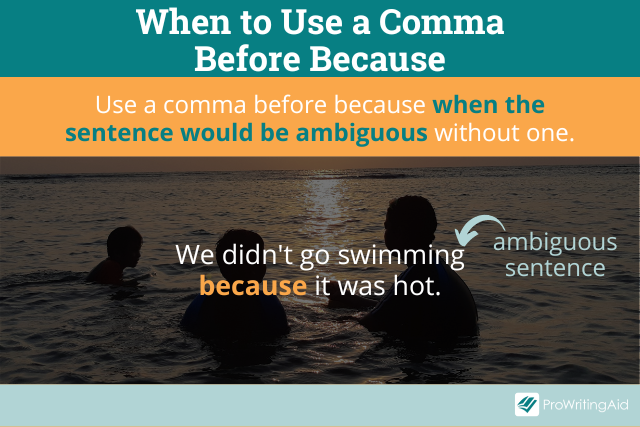 Remember, any sentence that causes ambiguity hinders your readers from understanding your writing. If you have an ambiguous sentence, see if it needs a comma, a rewrite, or both!

When to Use a Comma After Because

You should only use a comma after because when you’re interrupting a sentence with another word or clause immediately after the word because. 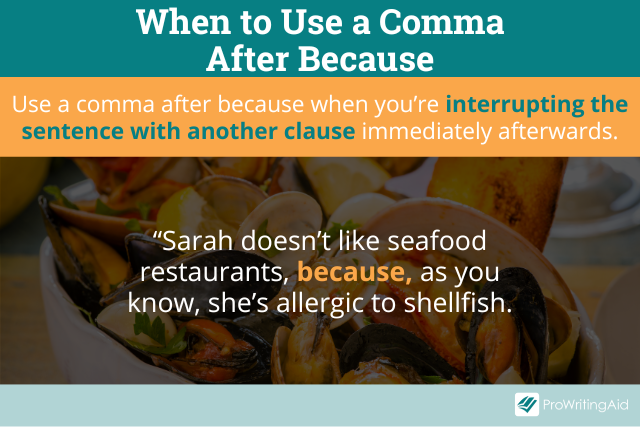 For example, consider the sentence, “Sarah doesn’t like seafood restaurants, because, as you know, she’s allergic to shellfish.”

The purpose of the comma after because is to add a pause before the interrupter “as you know.”

If you’re not sure whether to include a comma before or after because, you can run your writing through ProWritingAid, which will highlight incorrect comma usage and help you fix it. 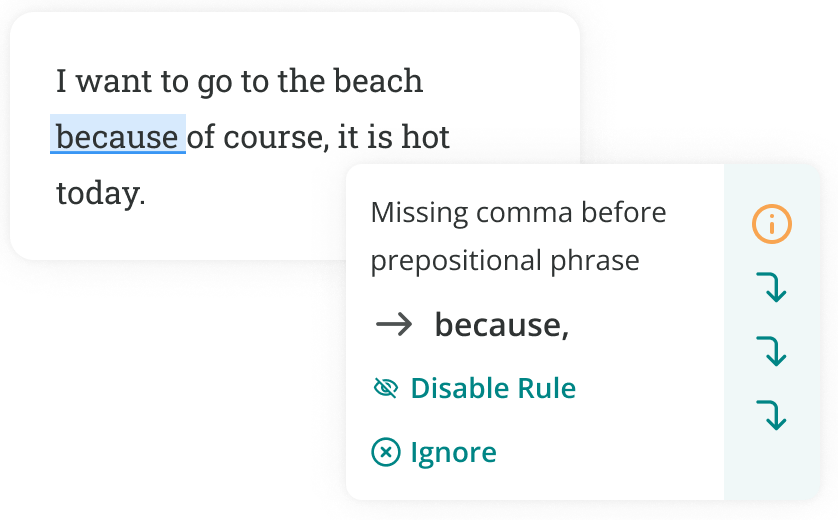 Examples of When to Use a Comma with Because

Let’s look at some examples of sentences that use the word because. The ones that include commas would have ambiguous meanings if you took the comma out.

“One is loved because one is loved. No reason is needed for loving.”—Paulo Coelho, The Alchemist

“She refused to be bored chiefly because she wasn’t boring.”—Zelda Fitzgerald, The Collected Writings

“It’s really a wonder that I haven’t dropped all my ideals, because they seem so absurd and impossible to carry out.”—Anne Frank, The Diary of a Young Girl

“A good library will never be too neat, or too dusty, because somebody will always be in it, taking books off the shelves and staying up late reading them.”—Lemony Snicket, Horseradish

“Opposites attract is my favorite trope, so it made sense to start there. Because, of course, the thing about opposites: they always have a lot more in common than they think.”—Rachel Lynn Solomon, Today Tonight Tomorrow

There you have it: a complete guide for how to punctuate because. Here’s a quick recap:

Run your work through ProWritingAid because it will catch your comma errors—and more! 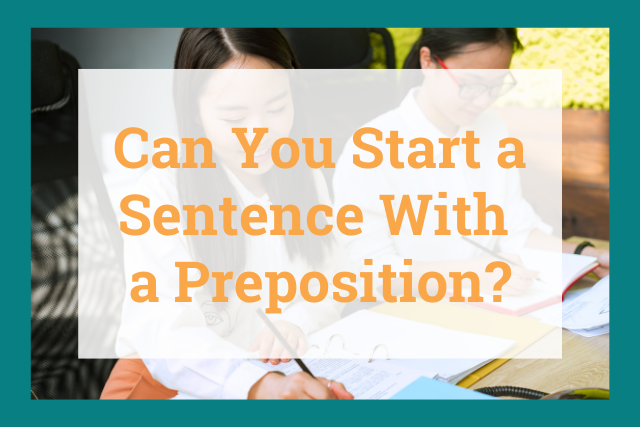