Should You Use a Comma Before Then or After Then? 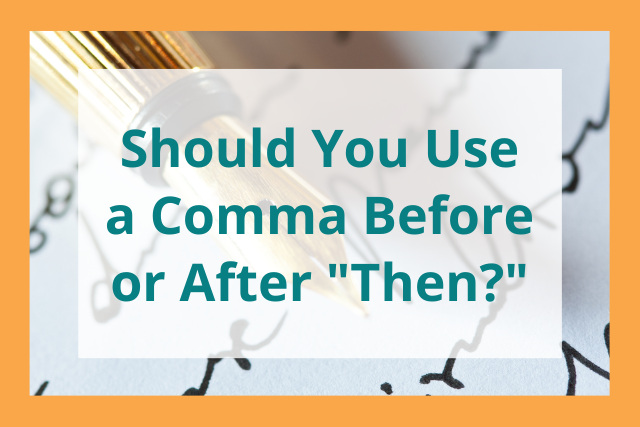 Comma rules confuse many writers, especially with words like then. Sometimes, a comma before or after then is necessary, but it depends on the situation.

If you struggle with comma usage, run your writing through our free grammar checker. Then you’ll never miss a punctuation mark again. 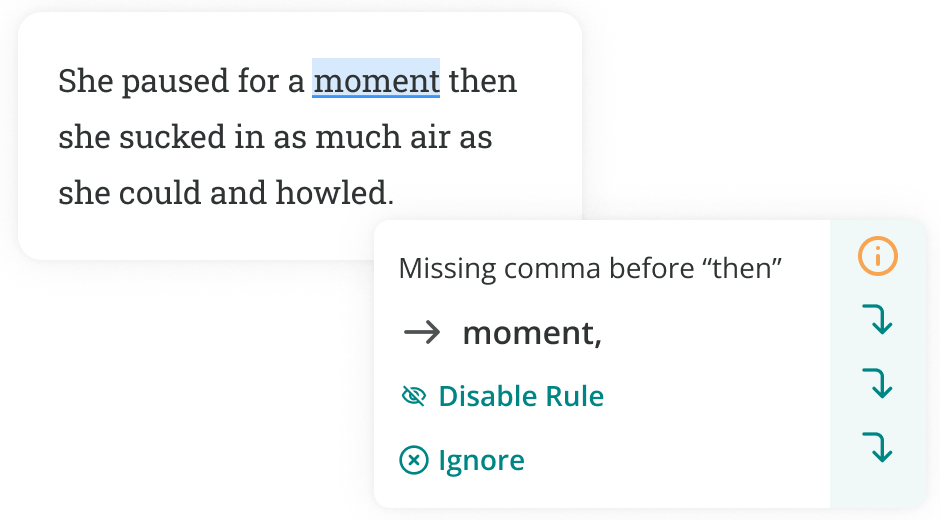 The rules with commas and the word then can be tricky, so let’s examine them with some examples.

Is Then a Conjunction?

In most cases, then is an adverb. It can mean “at that time,” “next,” “besides,” “in that case,” and a few other related definitions.

Then can also function as a noun that refers to “that time,” or an adjective describing the state of something at a specified time in the past (e.g. the then CEO).

We also use certain definitions of then as interjections. When we mean “in that case” or “it appears,” we can put then in the middle or at the end of a sentence. For example, “It seems you don’t need my help, then.”

Do You Need a Comma Before Then? 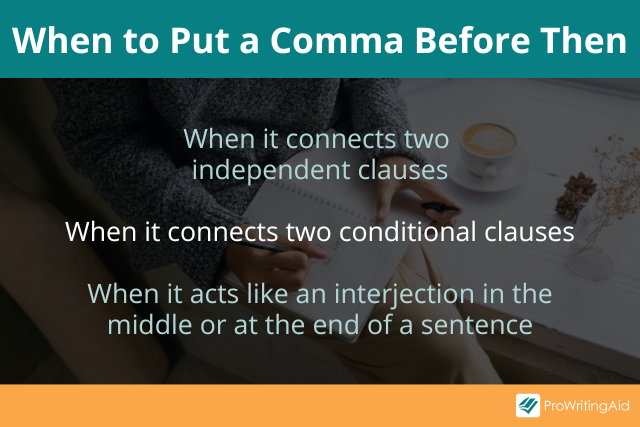 You need a comma before then when it functions like a coordinating conjunction.

When then separates two grammatically complete sentences without another conjunction, you must put a comma before it.

Correct: We went to the store, then Barbara called us.

Incorrect: We went to the store then Barbara called us.

“We went to the store” and “Barbara called us” can each stand on their own as complete sentences. This makes them independent clauses, so we need a comma before then.

But when then joins an independent clause to a subordinate clause, we don’t usually need a comma. If the second clause cannot stand on its own, it’s a subordinate, or dependent, clause. Then acts like a subordinating conjunction in these cases.

There’s an exception to this rule, however. When then connects conditional clauses, you must use a preceding comma, even if both clauses are dependent. Conditional clauses show up in “if/then” statements.

Correct: If you drink too much, then you will damage your liver.

Incorrect: If you drink too much then you will damage your liver.

You also need a preceding comma when then acts like an interjection, whether it appears in the middle or the end of a sentence.

Correct: I guess that’s it, then.

Incorrect: I guess that’s it then.

Correct: He supposed, then, this was goodbye.

Incorrect: He supposed then, this was goodbye.

Examples of Commas Used Before Then

Here are some more examples of when to use a comma before then:

Do You Need a Comma After Then?

You only need a comma after then when then acts as an interjection in the middle of a sentence.

Without a comma after then, the meaning changes. It appears that then means “next” or “soon after” instead. The second sentence is grammatically correct, but only if it means “I’ll leave you alone after something else happens.”

A comma is only correct if you’re using then as an interjection, as in the first sentence.

You also don’t need a comma after then when it appears as an introductory word meaning “next.”

Correct: Then mix the flour with the melted butter.

Incorrect: Then, mix the flour with the melted butter.

Examples of Commas Used After Then

Let’s check out a couple of examples of when to use a comma after then:

Do You Need a Comma Before or After And Then?

You never need to put a comma after and then.

Correct: Mom took us to the movies, and then we got ice cream!

Incorrect: Mom took us to the movies and then we got ice cream!

Examples of Commas with And Then

Here are two examples of using commas with and then: