Can You Start a Sentence With With? 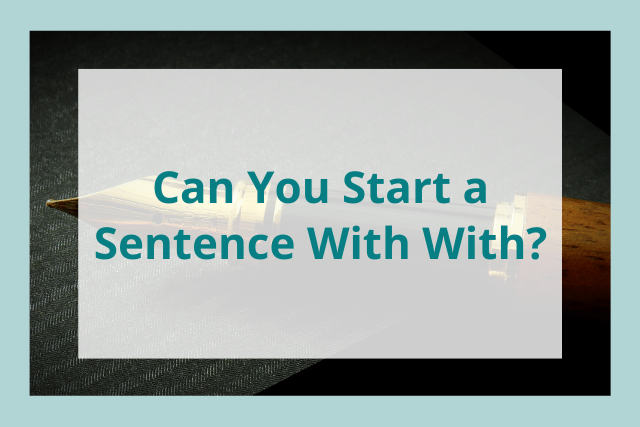 Grammar rules around prepositions like with are confusing. Can you start a sentence with with? The answer is yes, you can.

Whenever you aren’t sure about the structure of your sentences, you can run it through ProWritingAid’s free grammar checker. We’ll find all your grammar and syntax errors to keep your writing error-free.

Let’s take a closer look at how and when to start a sentence with with.

When Can You Start a Sentence With With?

You can begin a sentence with prepositions such as “with.” This rule applies to both formal writing and informal writing.

When a sentence starts with the word with, it’s usually a complex or compound-complex sentence. 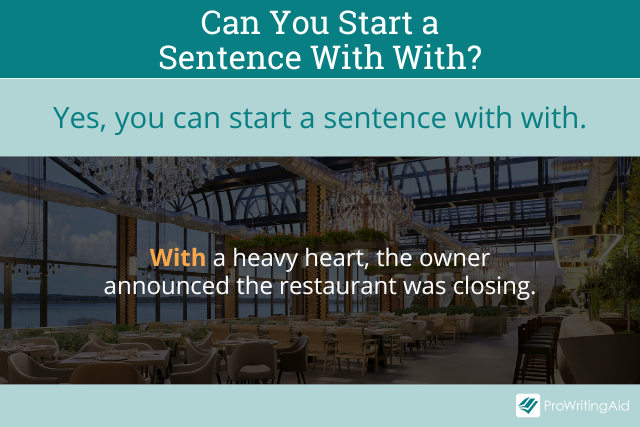 Take a look at this example sentence:

“With a heavy heart” is a subordinate clause. “The owner announced the restaurant was closing” is an independent clause. Together, these form a grammatically correct sentence that begins with with.

How to Punctuate a Sentence Starting With With

Because with at the beginning of a sentence is part of a dependent clause, there’s only one way to punctuate this type of sentence.

Use this formula for this type of sentence structure:

Then you’ll end the sentence with the appropriate ending mark, or in the case of compound-complex sentences, with another independent clause.

In short, always use a comma after a subordinate clause beginning with with at the start of a sentence. 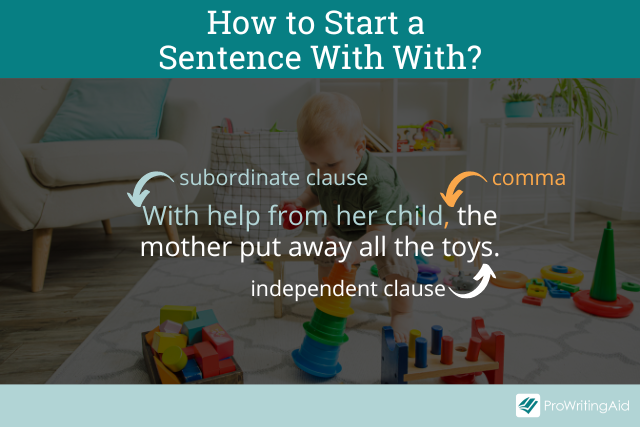 Examples of Starting a Sentence With With

Let’s check out some examples of sentences that begin with the word with.

Alternatives to Starting Sentences With With

Many prepositions, such as with, can act as a subordinating conjunction and begin a subordinate clause. Let’s explore some other prepositions that you can start a sentence with.

The rule about putting a comma after the dependent clause still applies. If you open a sentence with one of these prepositions, be sure to put a comma before your independent clause.

Can You Start a Sentence With By?

By is a preposition that refers to how something is achieved. You can use by at the beginning of a sentence.

Can You Start a Sentence With To?

To is one of the most commonly used prepositions in English. It has many definitions and uses. You can also use to to begin a sentence. Take a look at the sentence below.

Can You Start a Sentence With From?

From is a preposition that refers to a point of origin, whether in time or space. You can start a sentence with from, as in the example below.

Can You Start a Sentence With Which?

Which can be both a preposition or, more commonly, a pronoun.

The preposition which doesn’t commonly begin sentences. As a preposition, which shows an effect of the preceding clause. This makes it difficult to place the dependent clause with which before an independent clause.

However, when which acts as a pronoun, it can begin a sentence.

Conclusion on Can You Start a Sentence With With?

Prepositions like with often function as subordinating conjunctions. When we place these at the beginning of a sentence and combine them with an independent clause, we can make a complex sentence.

There’s nothing wrong with starting a sentence with with. Just be sure to place a comma after the clause so that you are punctuating the sentence correctly. 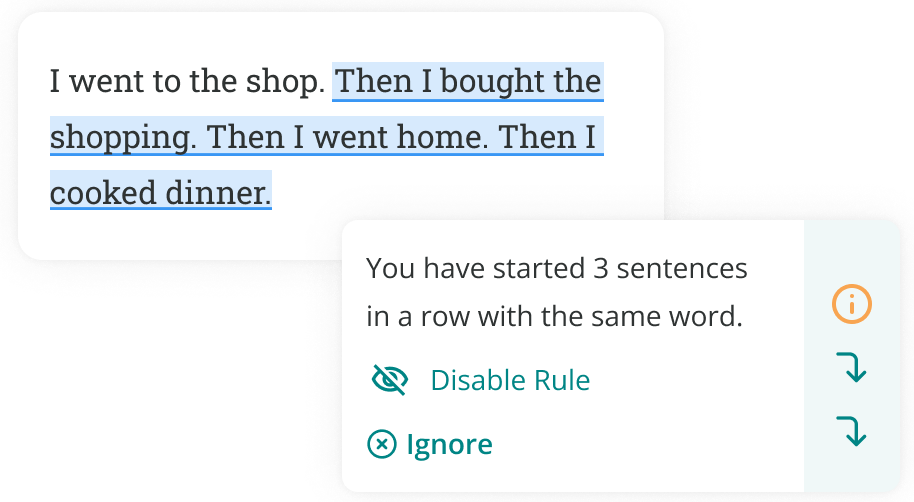 You can also use the Structure Report to see how many of your sentences begin with a subordinating conjunction.

This guide contains the 20 most important writing tips and techniques from a wide range of professional writers.+